From Lara Croft to Lightning, check out some of the hottest and most badass women in video games, including three exclusively from the brand new FREE fantasy MMORPG game Scarlet Blade. 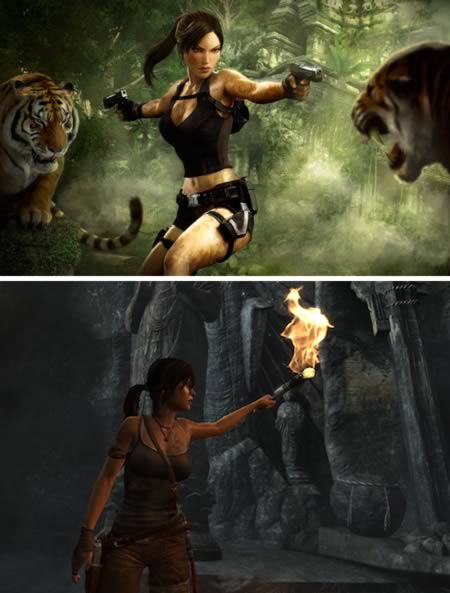 There's no getting around it: Lara Croft, the star of the Tomb Raider series, is a genuine action hero with ginormous breasts, which has made her both a symbol of female self-empowerment and an object of sexual desire. However, in Tomb Raider (2013), Lara has been rebooted into a younger version of herself.

Since her inception in 1996, Lara has been an action heroine who explores, solves puzzles, and yes, even kills. But she's done so with over-endowed mammary glands and no hint of a good support bra.

This new Lara is less pneumatic, more athletic. Instead of strappy short shorts, she wears cargo pants. Because of the fabulous motion-capture technology Crystal Dynamics uses, we can focus more on her face and her expressions than her overall physical assets. This Lara is fantastically expressive and conveys pain, frustration, wonder, hope, and even more pain in a way that sets a new bar for other game protagonists of any gender. 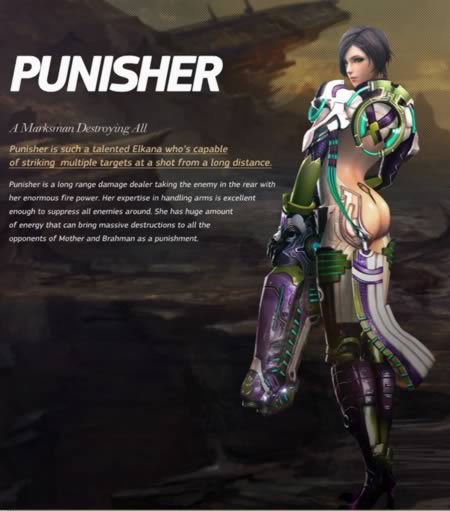 Scarlet Blade, the Premier Mature MMORPG, features an entire lineup of provocative playable characters, but the Punisher is one of the few who can knock you out before you can even get close enough to see her smile.

A ranged destroyer, she specializes in blasting away multiple enemies at once. Though her sisters leave death and destruction in their wake, the Punisher blazes a trail through whatever dares to stand against her before they ever get the chance. 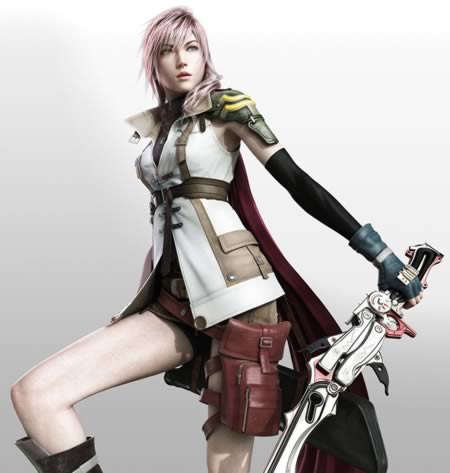 Lightning is one of the best female leads in the series, tied with Tifa Lockhart, with her strong attitude and awesome sword-that-can-transform-into-a-gun wielding capabilities. Her mission: save her sister by saving the world.

She is the main character of Final Fantasy XIII and Final Fantasy XIII-2. She wields a gunblade that alternates between an automatic weapon and a sword. She also has the ability to control some aspects of gravity using devices developed by the military. She's used "Lightning" as a pseudonym for her real name (Claire Farron) since the death of her parents. 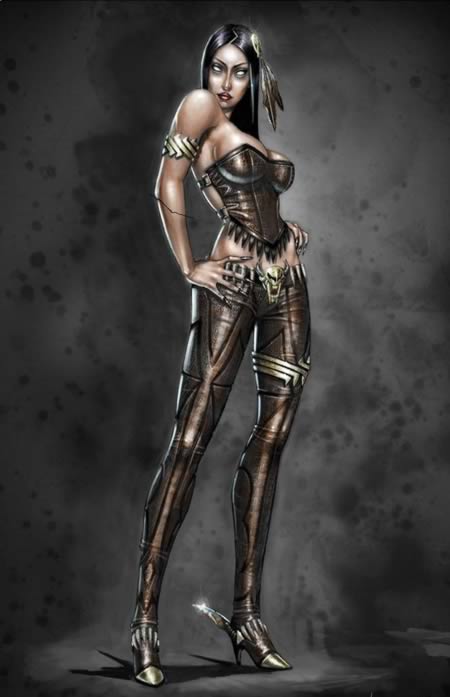 Tala is voiced by Rose McGowan, so you know she had to be extremely hot, hot enough to make it into Playboy's "Women of Video Games" issue in 2006.

Tala ("Stalking Wolf"), a Native American shaman and a brutal Darkwatch agent, is the second female protagonist until she seduces Jericho and persuades him to bite her during sexual intercourse. The next day, she uses her new abilities for her own benefit. Tala plays an important role in Darkwatch as a femme fatale with equal lusts for blood and power. Sensuous and dangerous, Tala becomes Jericho's evil muse after luring him into a moment of passion where she urges him to bite her, making her a powerful half-vampire like himself. 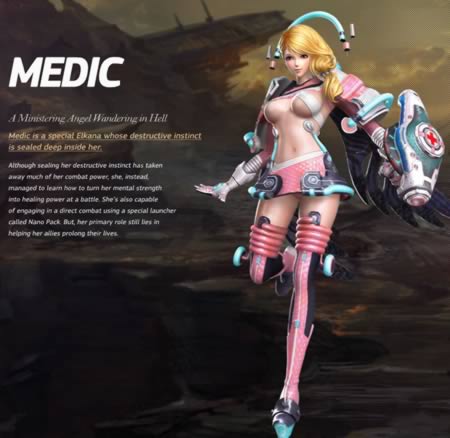 The only Arkana with a healer's touch, this battle-angel shoulders the responsibility for the lives of her entire party. However, she not only doles out blessings; when threatened, she can also deal out a healthy serving of hurt.

Using a potent arsenal of bio- and nanotechnology, she can repair debilitating wounds, revive comrades from the brink of death, and boost nearby Arkana's combat effectiveness with powerful stimulants. But even though healing is her true calling, she's far from useless in a fight. The same technology she uses to heal can also be used to poison her foes, render them unconscious, and even disable their equipment.

6Princess Zelda (The Legend of Zelda) 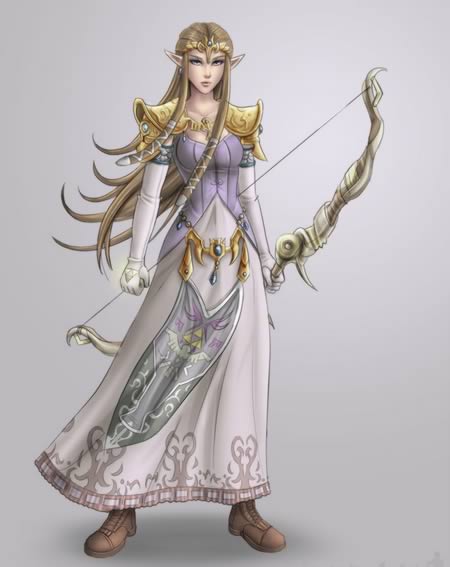 Only Zelda, a character in The Legend of Zelda series by Nintendo, can be captured in every single one of her games and still be one of the most amazing video game princesses out there. She always find a way to assist Link in his adventures, even if his quest involves rescuing her. Also, who can forget her alter-ego, Sheik, who appears in both Ocarina of Time and Smash Brothers. She may get kidnapped as much as Peach (from Super Mario), though Zelda usually plays a more prominent role in the story than Peach, oftentimes aiding Link either directly or indirectly in his quest against Ganondorf. 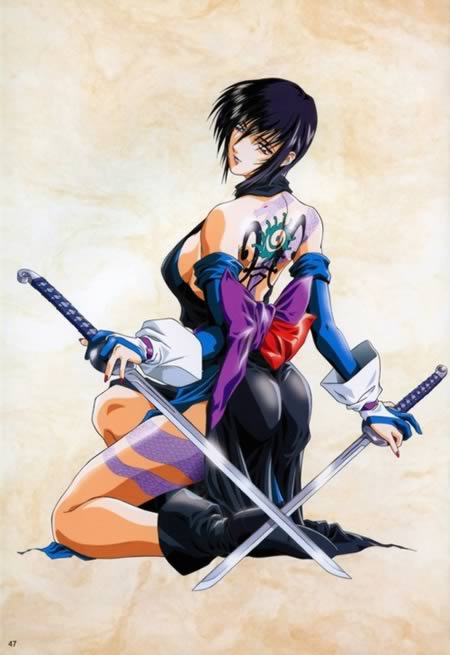 A Character in the Samurai Shodown series. She is a former slave of Yuga's and uses a double blade fighting style. She was created to appeal to the adult audience. Her name hints to both her different colored eyes and her overly sexual behavior. Shiki is symbolized by a fetus.

Shiki is most likely modeled after Makie Otono-Tachibana from the Blade of the Immortal series. Developers admit that her personality and part of win quotes were based on Ayanami Rei from Evangelion. 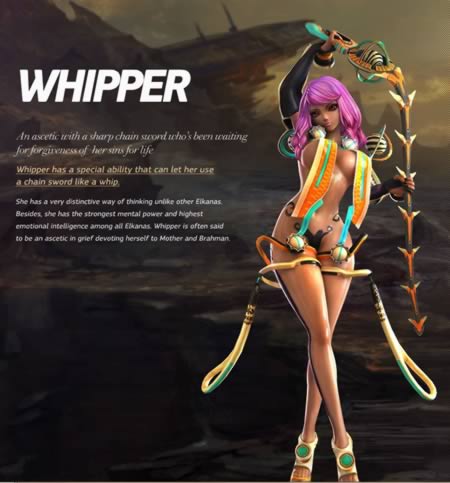 A mix of neurological alteration and chemical reinforcement has led them to literally derive pleasure from the act of fighting. They will rush headlong into battle, against overwhelming odds, heedless of the risks to themselves or their allies. But while this enthusiasm does lead to a more effective soldier, it also carries potential risks; more than one Whipper has been lost by refusing to retreat, choosing instead to kill as many foes as possible before they're overwhelmed. 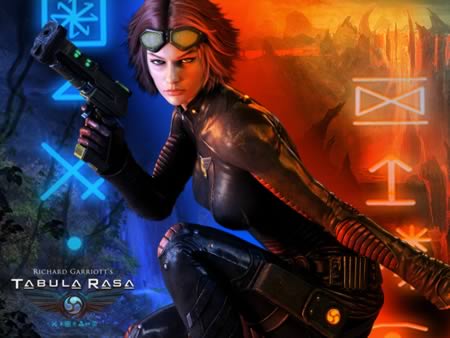 A character important to the backstory of Richard Garriott's Tabula Rasa. She also appears on the cover art of the game. In this video game, Sarah is a Receptive -- a human who can make use of the ancient alien power called Logos, and a member of the Allied Free Sentients (AFS), the group of humans who have escaped the invasion of Earth and fight back against the invading Bane.

In the November 2007 issue of Playboy, Sarah Morrison appeared nude along with six other female game characters. 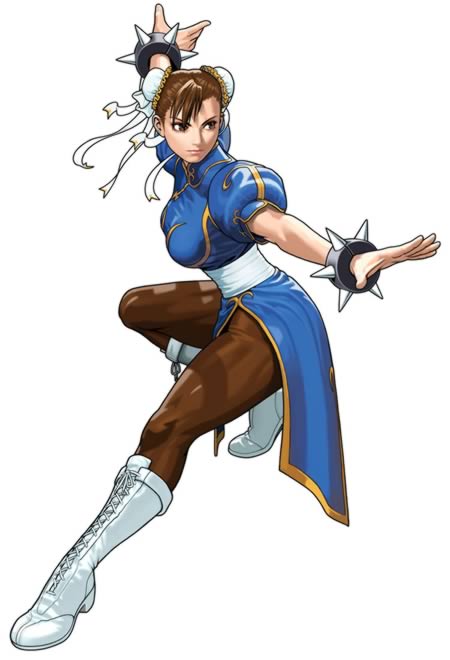 Chun-Li's name is Mandarin; chun ? "spring", lì ? "beautiful", which means she is a young girl filled with the beauty of spring. She is the first female playable character to appear in a mainstream fighting game.

Introduced in Street Fighter II, Chun-Li was the only female character in the game (as well as one of the youngest ), and while not as physically powerful as the other characters, she was by far the quickest. Her most famous attack is the Hyakuretsukyaku , where she repeatedly kicks her opponent from a tilted standing position with incredible speed.