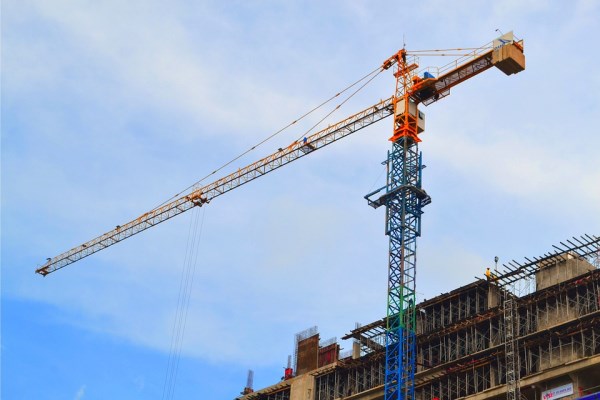 Michelle and Kevin McCarthy returned to their home in Santa Rosa, California to find it destroyed after a 90 ft., 50-ton crane toppled over, crashing into their house and cutting it virtually in half. 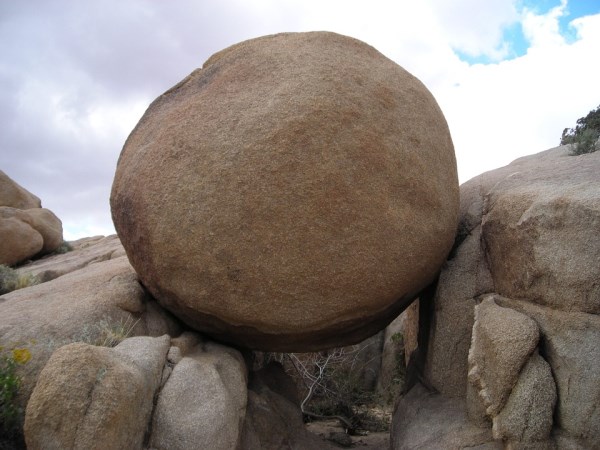 A southern Utah woman is badly injured but grateful to be alive after a boulder the size of a small car broke free from a cliff above her house, crashed through her bedroom wall, and hit her like a "giant fist" while she slept. Wanda Denhalter was sleeping alone at 3 a.m. in the middle of a king-sized bed when a 12-by-9-foot boulder came barreling through the wall of her St. George home after breaking off from a cliff above the house. Though Wanda Denhalter survived, the boulder did plenty of damage. She was in surgery for four hours at the St. George hospital, as doctors stitched up a gash that went to the bone. 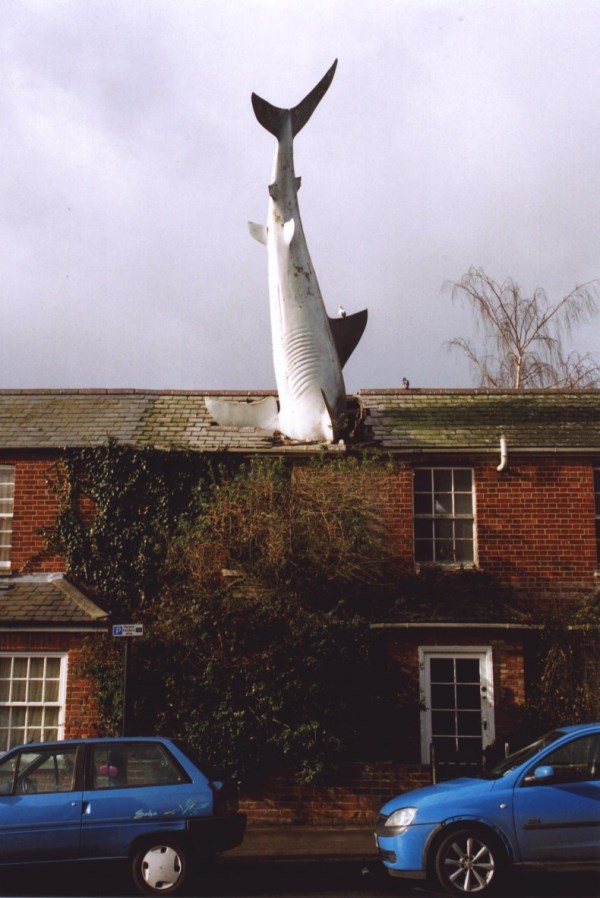 The Shark became the most famous resident of Headington when it landed in the roof of 2 New High Street in the early hours of Saturday, 9 August 1986.

This ordinary home (built as a semi-detached house in about 1860 but now attached by a link to a second house to the north) suddenly became the center of world attention, and the headless shark still excites interest today.

Bill Heine commissioned the shark and still owns the house. An American who studied law at Balliol College, he was running two Oxford cinemas at the time, but since 1988 he has been better known as a Radio Oxford presenter. 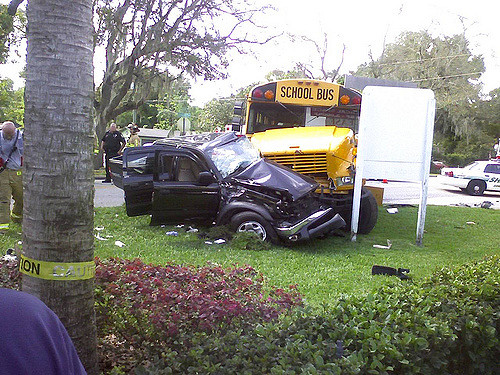 According to authorities, a school bus driver passed out behind the wheel and crashed into a house on Long Island while children were aboard. The driver, Frederick Flowers, 66, has been arrested and charged with driving while intoxicated. He was leaving a Catholic elementary school, St. Edward the Confessor School, when he had what fire officials initially referred to as a "medical emergency of some kind" and veered into the house on Teibrook Avenue. The five children on the bus ranged in age from 5 to 8, but police said that none were injured. 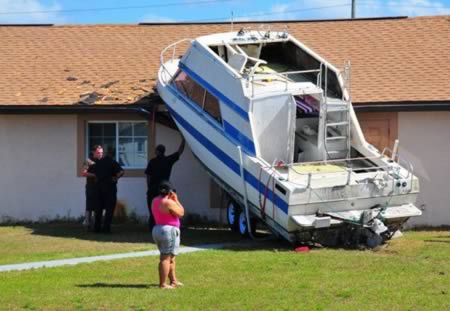 A family-of-three had a lucky escape when a boat crashed into the duplex they are renting while they were on holiday. Horrified neighbors watched helplessly as the boat became unhitched from the U Pull and Save trailer towing it and slammed into the 4806 Leonard Boulevard home. Maria Pepin, who lives nearby, saw the unusual scene and rang 911 before calling the owner, Gloria Sobalvarra, to break the news.

The boat and trailer were being towed by a truck belonging to U Pull and Save in Fort Myers. It is unclear what caused it to come unhitched, but a witness said that, after breaking fee, it crossed a yard before hitting the bungalow. 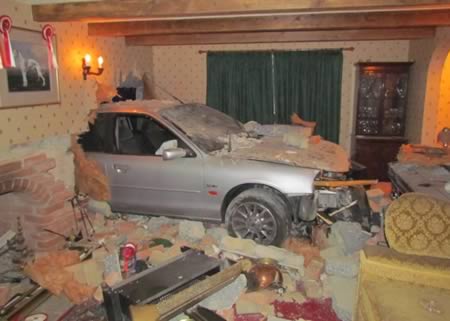 A terrified gran has told of her narrow escape after a Ford Mondeo ploughed into her lounge. The silver car crashed through wheelie bins and a fence after the driver lost control. It finally stopped next to Andrea Barr's fireplace — moments after she left the room to go to her kitchen. 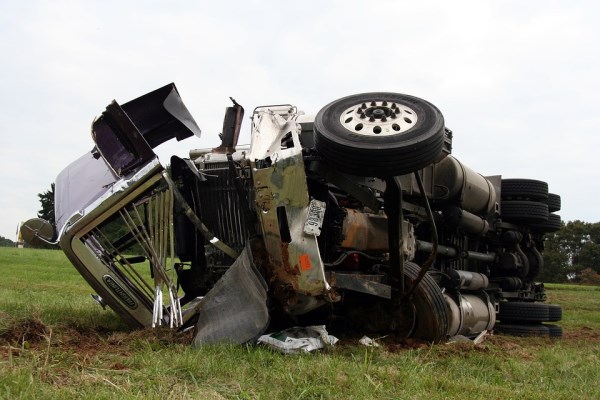 A tractor left a trail of destruction in its wake when its driver fell out of the cab, smashing into cars and walls before finally coming to rest in a living room. The driver had fallen out of the cab when the huge machine and its trailer demolished a garden wall and brought down the porch of the house in Exhall, Coventry. Incredibly, nobody was injured as the family was out of the property when the vehicle ploughed into their home. Neighbors heard a huge bang at about 4.10 pm and, when they went to investigate, found the huge machine poking out of their neighbor's house. 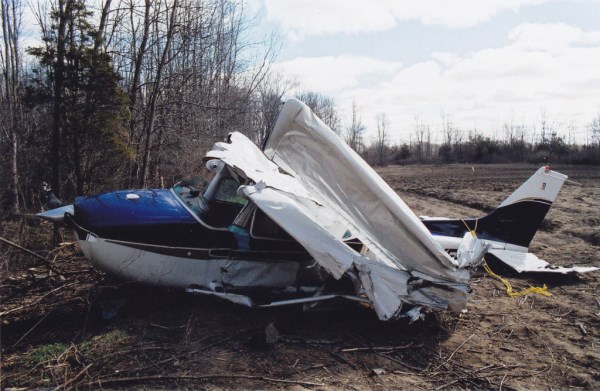 This pilot broke his leg and was seriously injured. The pilot was flying his small white Cessna 172 airplane when it crashed into the side of a house on 21st and Navy in Santa Monica, California. Luckily, there was only damage to the house and no fatalities. The crash happened less than a block from the Santa Monica airport. It was not known what caused the crash. Federal Aviation Administration spokesman Allen Kenitzer says the National Transportation Safety Board will investigate the cause of the crash. One thing is certain, the pilot is one lucky man!

A group of children on bicycles were very close, and Oliver Peake, aged 12, took the photo shortly before police closed off the street to traffic. 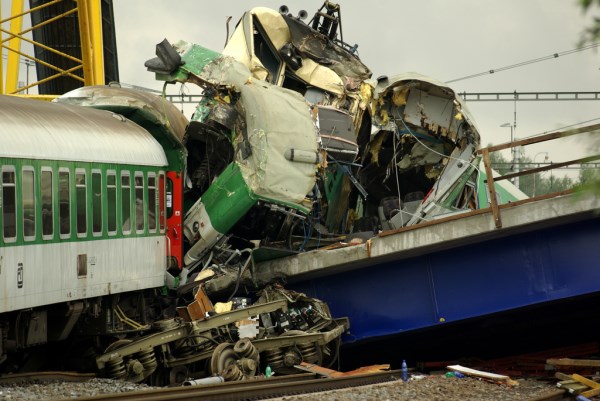 Swedish authorities have dropped a criminal investigation against a woman previously suspected of stealing a commuter train that crashed into an apartment building. Investigators said the woman probably started the train by accident as she was cleaning it at a depot. The four-car train rolled about a mile (1.6 kilometers) to the end station of the railway line, where it jumped off the tracks, careened for about 30 yards (25 meters) and crashed into a three-story building.

No one was hurt except the woman, who was airlifted to a hospital with serious, but not life-threatening, injuries.