During late autumn, when winter is just round the corner, there comes a time of the year when flocks of starlings create incredible aerobatic displays, swirling through the sky in magnificent ballets that almost seem choreographed. This dazzling display of avian behavior is known as a murmuration, a word that perfectly describes the rustle of thousands of pairs of wings. It is one of the most spectacular displays in the natural world as the flock changes shape, looking like a colossal wisp of smoke one minute , the next a tornado, the next a thundercloud blocking the light. The collective dance of the birds is truly a sight to behold. 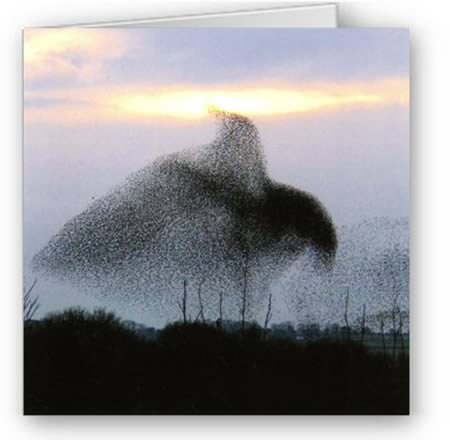 A murmuration was captured by Sophie Windsor Clive and Liberty Smith on a canoe trip atop Ireland's River Shannon. The 2-minute clip began circulating on the Internet to popular acclaim. 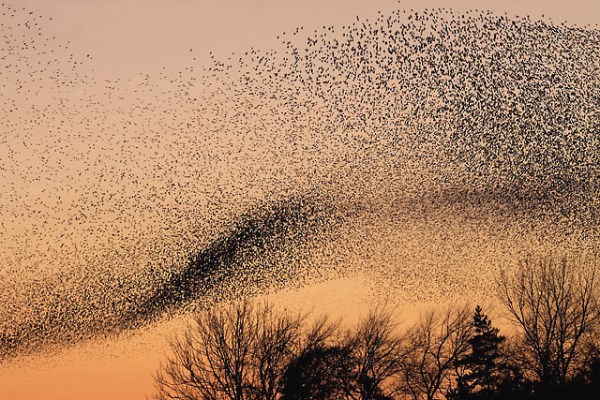 A murmuration in Blackpool © Jackie Moreton. 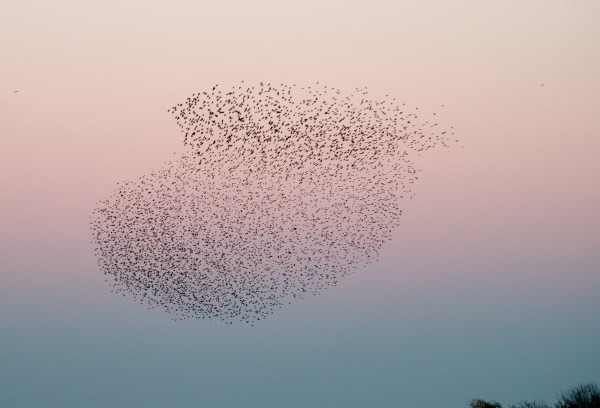 A murmuration of starlings. 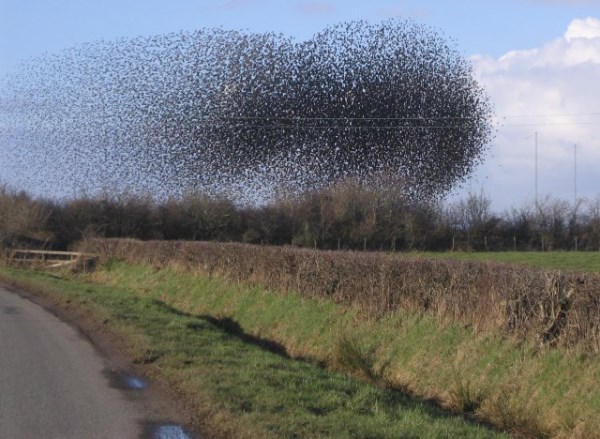 A photographer captures the moment 5,000 birds create an exclamation mark formation in the sky.

A flock of birds cried fowl in spectacular fashion when a predator swooped in for the kill - forcing them to form the shape of an exclamation mark. Photographer Nuray Gonulalan was amazed when she looked up and saw the familiar punctuation symbol - often associated with shock or panic - hovering above her. She grabbed her camera and captured the pack of birds in their striking formation as they desperately attempted to escape in Mogan Lake, Ankara, Turkey. 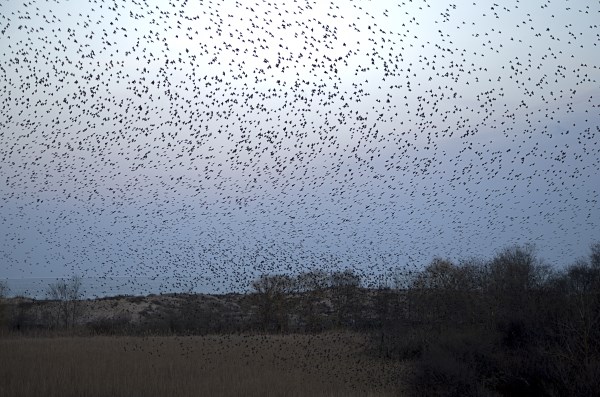 The flock of birds also formed a tornado-esque shape in the sky. 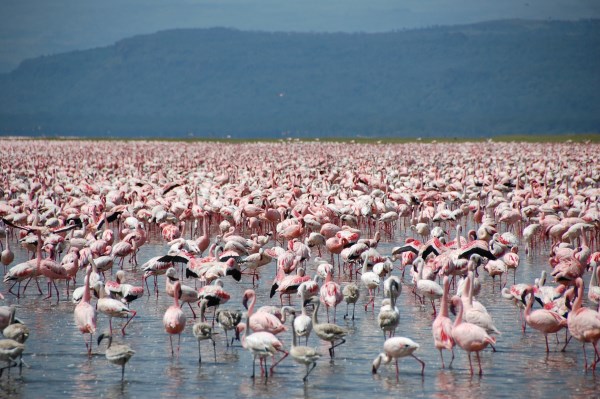 A bird-shaped formation of flamingos pops in bright pink from the muddy waters of a placid lagoon in Mexico's Yucatán Peninsula, along the coast of the Gulf of Mexico. 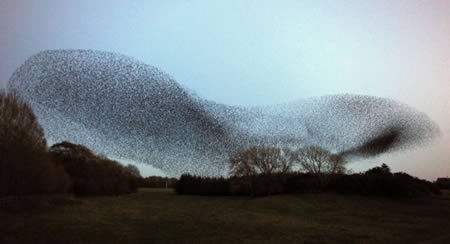 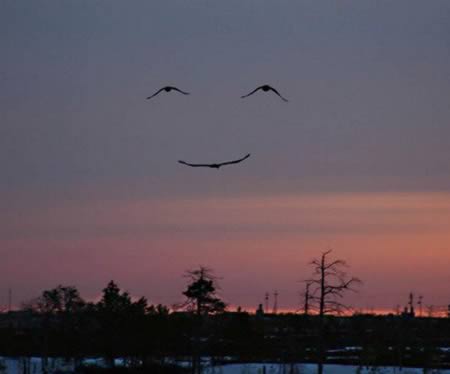 The sky is smiling. 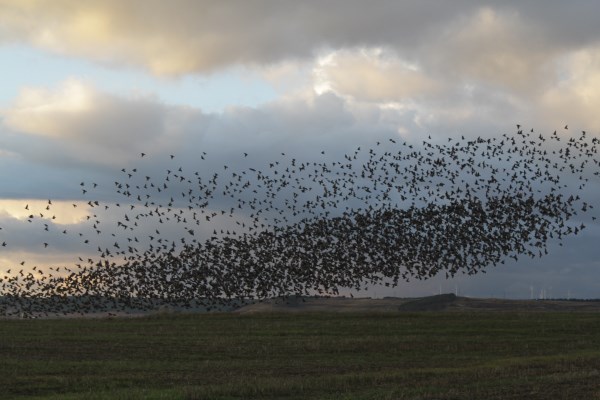 The ability of animal groups—such as this flock of starlings—to shift shape as one, even when they have no leader, reflects the genius of collective behavior—something scientists are now tapping to solve human problems. Photograph by Manuel Presti. 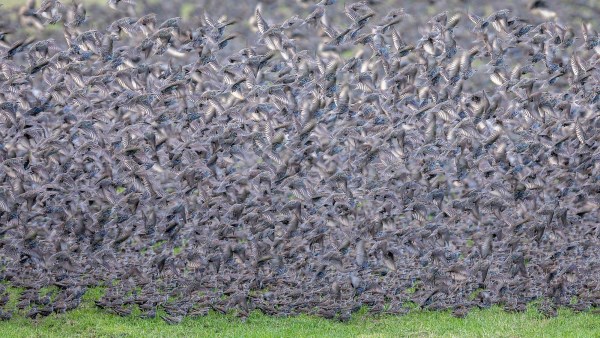 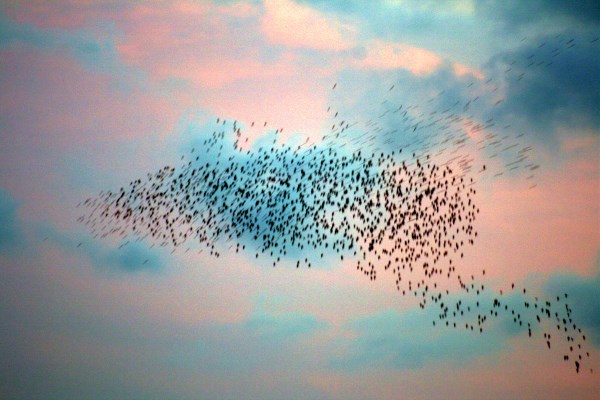 At first glance this incredible picture may look like one huge bird hovering in the sky, but the amazing outline is actually formed by a flock of starlings. The birds made the unbelievable formation as they came under threat from a nearby peregrine falcon. Once the flock had spotted the predator they grouped together to mimic the appearance of a massive flying creature.

Amateur photographer Rob Wolstenholme was on hand to snap the mind-boggling phenomenon at Shapwick Heath National Nature Reserve in Somerset.

This giant starling formation over the setting sun was spotted in Taunton, Somerset.