Twaggies are clever and creative cartoons that are based on real Tweets from real people! Here are twelve of our favorites; all pics courtesy of Twaggies.com. 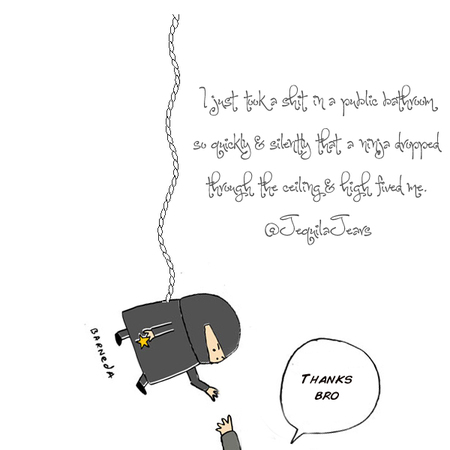 I just took a shit in a public bathroom so quickly & silently that a ninja dropped through the ceiling & high fived me. @TequilaTears 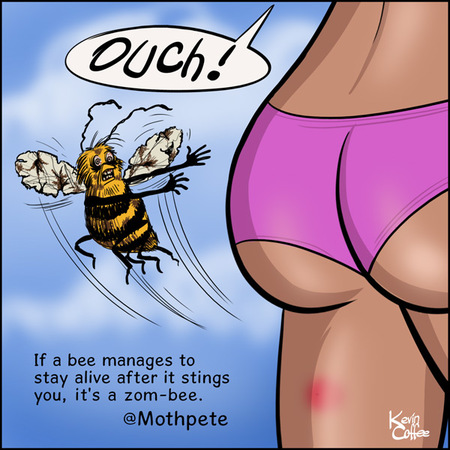 If a bee manages to stay alive after it stings you, it's a zom-bee. @Mothpete 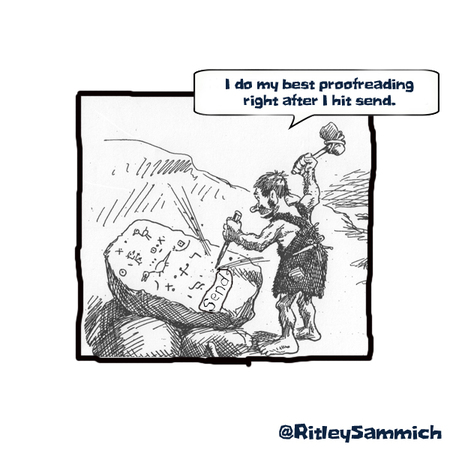 I do my best proofreading right after I hit send. @RitleySammich 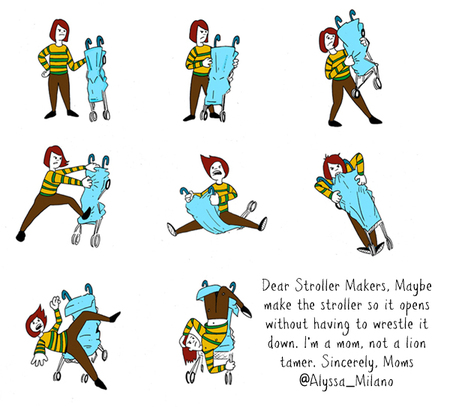 Dear Stroller Makers, Maybe make the stroller so it opens without having to wrestle it down. I'm a mom, not a lion tamer. Sincerely, Moms @Alyssa_Milano 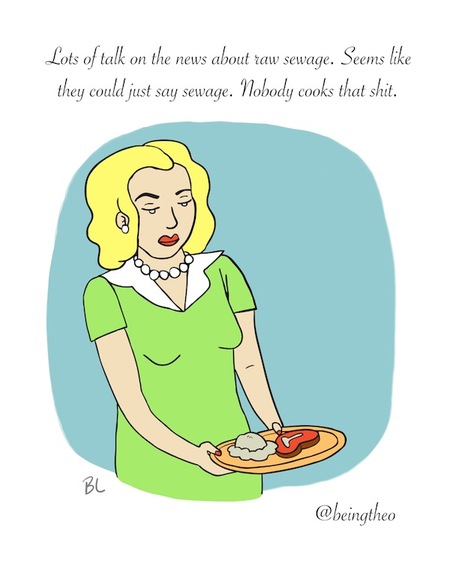 Lots of talk on the news about raw sewage. Seems like they could just say sewage. Nobody cooks that shit. @beingtheo 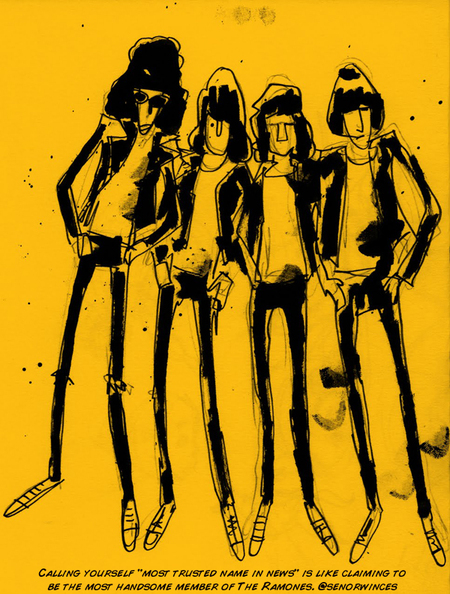 Calling yourself “most trusted name in news” is like claiming to be the most handsome member of The Ramones. @senorwinces 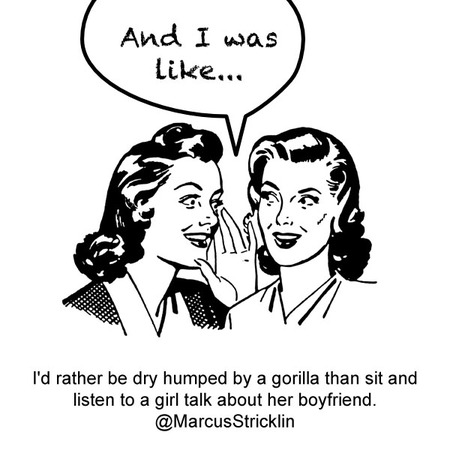 I'd rather be dry humped by a gorilla than sit and listen to a girl talk about her boyfriend. @MarcusStricklin 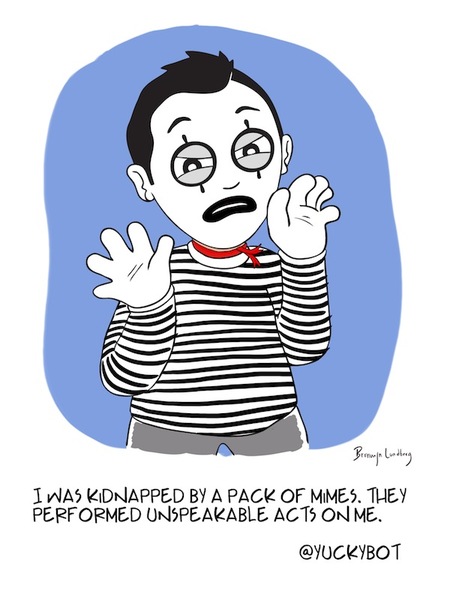 I was kidnapped by a pack of mimes. They performed unspeakable acts on me. @YUCKYBOT 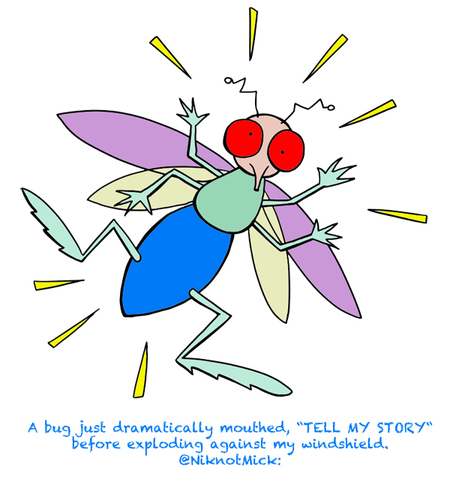 A bug just dramatically mouthed, “TELL MY STORY“ before exploding against my windshield. @NiknotMick 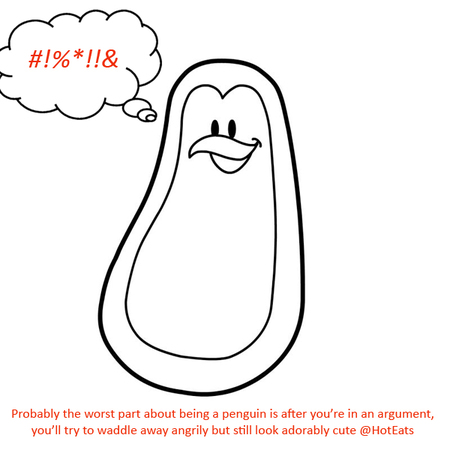 Probably the worst part about being a penguin is after you're in an argument, you'll try to waddle away angrily but still look adorably cute @HotEats 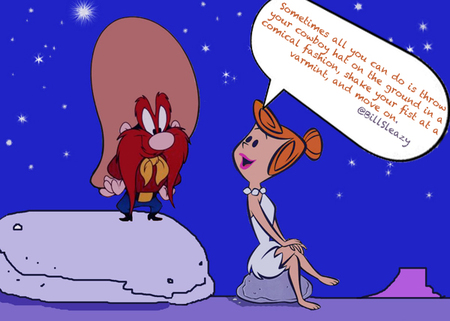 Sometimes all you can do is throw your cowboy hat on the ground in a comical fashion, shake your fist at a varmint, and move on. @BillSleazy 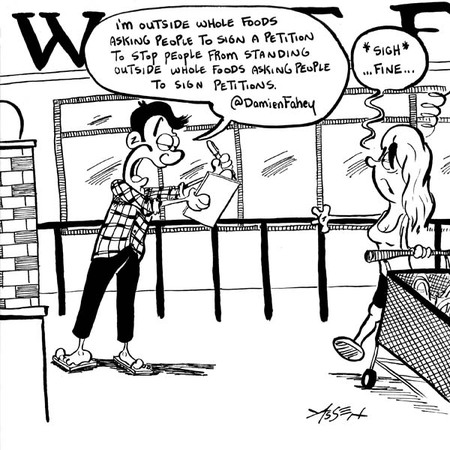