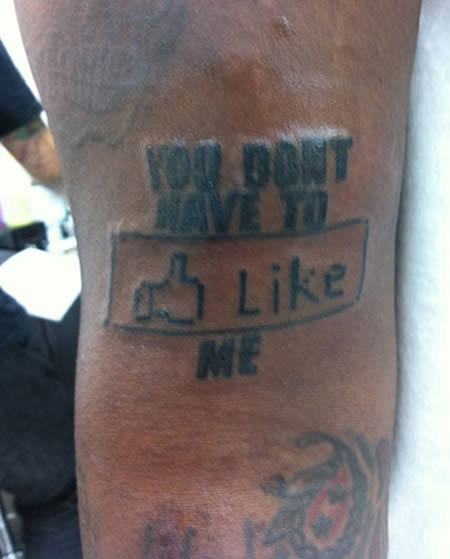 Facebook has a friend in T-Pain. The Auto-Tune King showed love for the social networking site by getting a tattoo that read “You Don't Have to Like Me,” bearing an image of the famous “Like” button. He got the new ink during his trip to Hawaii. “I get a tattoo every time I come to Hawaii. I think this one is pretty sweet, unless facebook shuts down soon,” tweeted Teddy P. 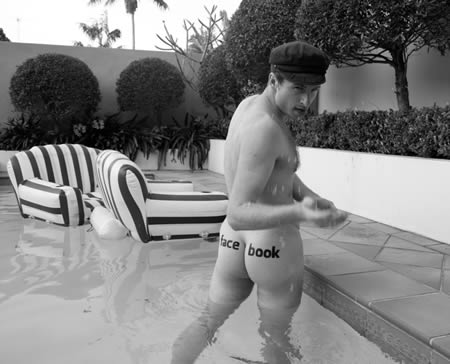 There are certain individuals for whom no social media challenge is too large (or opportunity to increase their SEO potential is too demeaning). Julian Cole, social media strategist at The Population is one such individual. He made a promise that if more than 500 people joined the Julian Cole Facebook fanpage, he'ld get a Facebook tattoo on his backside and put a video of the process on YouTube. Well, he ended up with a semi permanent tattoo, but it´s cool anyways. 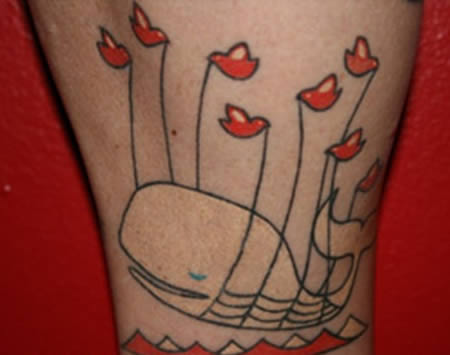 A young Baltimore native was brave enough to get a Twitter whale tattooed on his body. 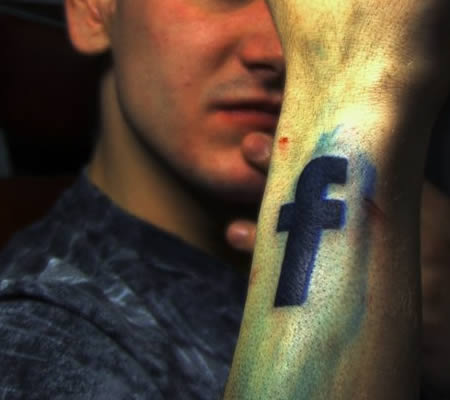 There's this cool project going on that involves tattoos and the number social media network, Facebook! This documentary film and social media experiment called "Social Network Ink" is about a man who will tattoo the word FACEBOOK on his wrists. The tattoo will be done letter by letter after each milestone.

For getting 1000 fans on their Facebook page - facebook.com/myfbtattoo, the letter F was tattooed on his right hand. When they hit 10,000, the letter A will be then be tattoed. It would take a whopping MILLION clicks on the 'Like' button to complete this tattoo! 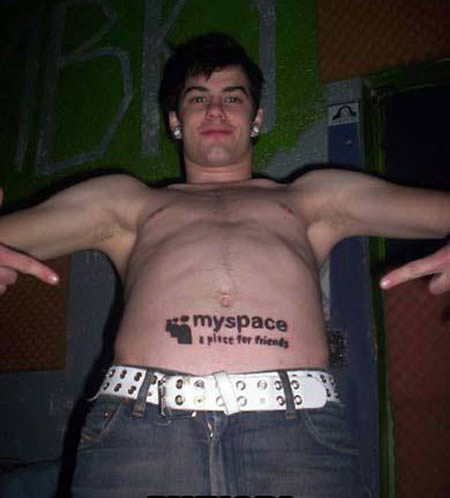 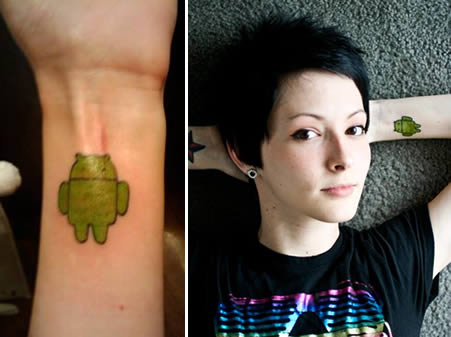 Natalie, aka “kommodore”, went out and got a birthday tattoo of the Android robot on her wrist. She's a proponent of open source software, and like most of us probably couldn't resist the cute little green robot. If I'm not mistaken, this is the first Android tattoo spotted in the wild. Nice choice Natalie! 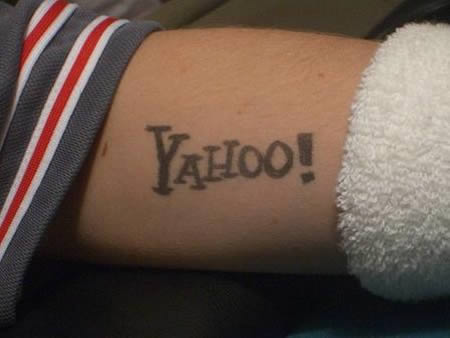 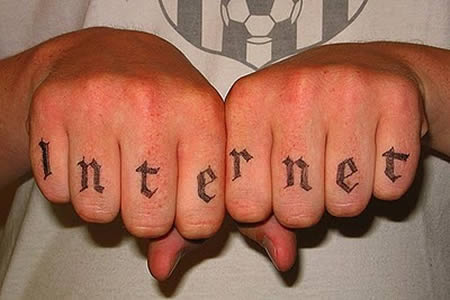 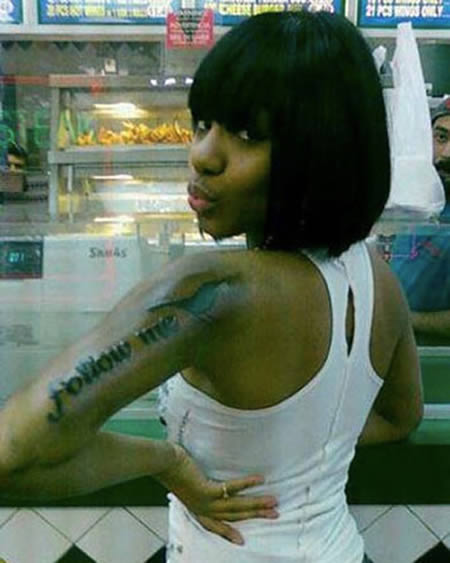 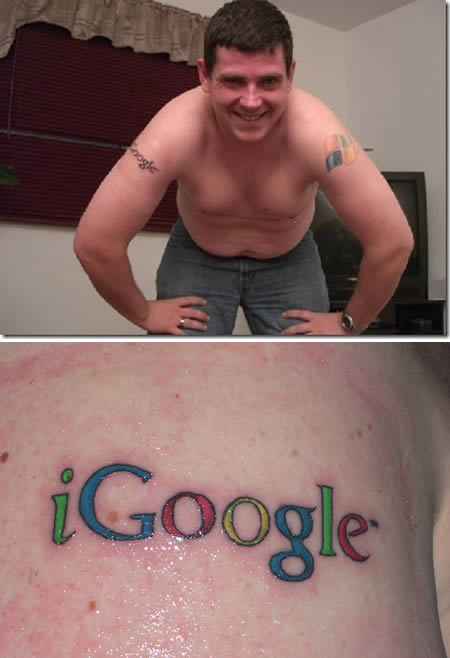 Ivan Morrison is a guy who really loves his geek ink. He currently has three tattoos that revolve around his IT career in Montreal. He's been in the industry for over a decade and loves it (even enough to start his own support forum: Ivan's Support Haus). The first tech tattoo he got was the Windows XP logo back in March of 2001 just before XP was about to launch. Luckily Windows XP has stood the test of time and is still going strong, no doubt providing Ivan with plenty of tech support opportunities.

But in 2007 he was itching for some new ink and didn't want a Vista logo, so he went with the “iGoogle” logo that he saw day in and out when he loaded his web browser. But that just wasn't enough. Since he had run out of arms, it was time to move to his chest. In August of 2008, he got the Office 2007 logo inked into his skin, complete with the “TM” in the corner. True attention to detail! He gives a tip of the hat to the Office team by saying “Thanks Office team, without you, my day would be…. just a pile of Notes!”

Source
Unfortunately, some of these tattoos (like everything else on the internet these days) are fake.