Let's face it, some movie posters are truly memorable, while others are fairly forgettable. But there are those posters that came out so awful, they just had to be on our list. Meet twelve really bad movie posters. 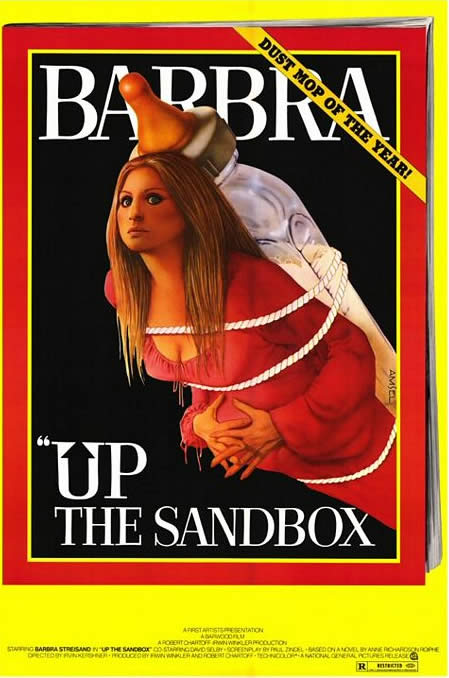 In what proved to be one of her lowest-grossing films ever, Barbra Streisand starred Up the Sandbox, a 1972 movie that involved, among other things, armed robbery, tribal fertility music, a terrorist plot to blow up the Statue of Liberty... and one of the ugliest movie posters ever made. 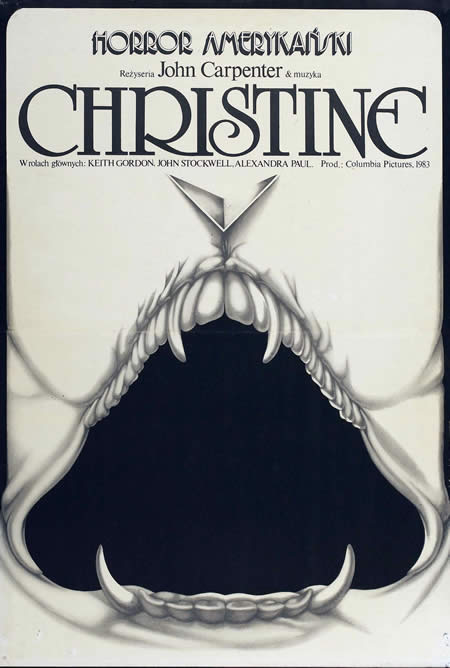 One of many posters for the 1983 movie Christine, we must say it looks like a giant vagina with teeth. 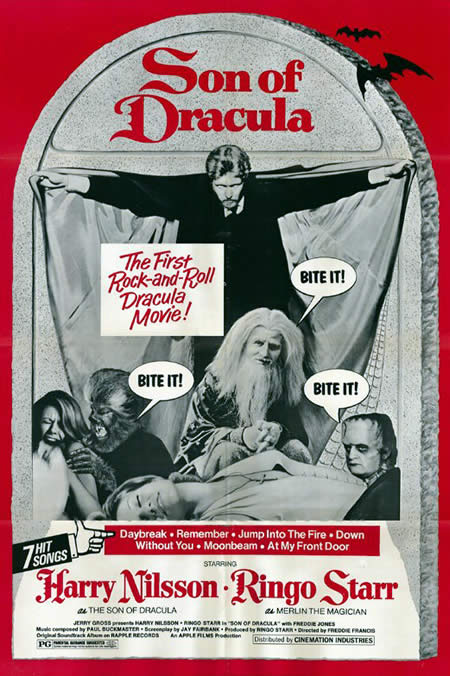 Where do we start with this one? Son of Dracula (1974) features Harry Nilsson as the Son of Dracula, and Ringo Starr as Merlin the Magician. Most of the human race had never seen it until it surfaced at YouTube some 30+ years after it was made: 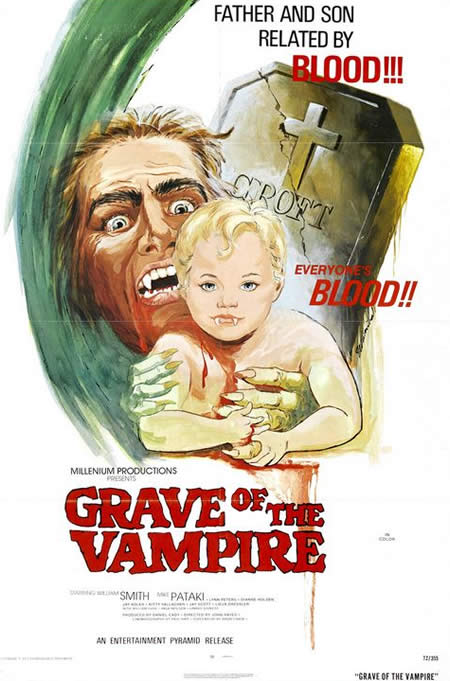 "Father and son, related by blood... everybody's blood!" How can such brilliant idea go wrong? Grave of the Vampire is a cheaply-made 70s movie, so the color is kind of washed out, and everyone in it is in desperate need of a haircut. 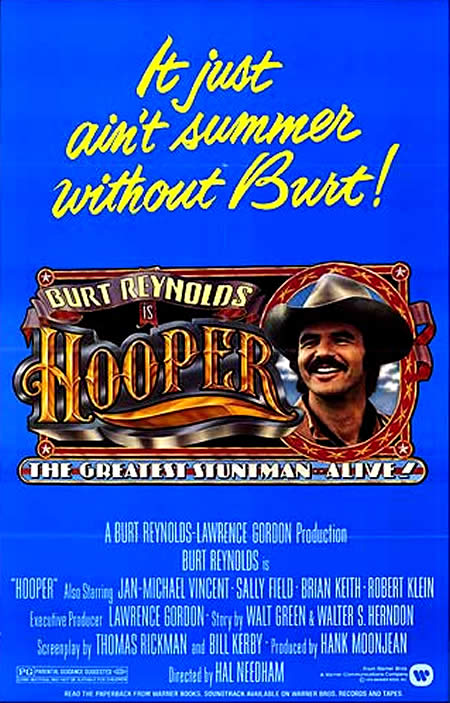 Our parents' summer was so much better... they had Burt Reynolds! This 1978 movie, called Hooper, was --in spite of the poster-- actually quite unique, as Burt did most of his own stunts. 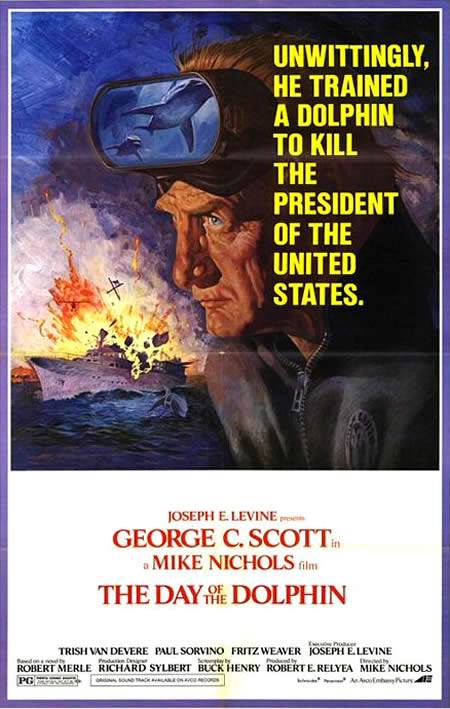 How else would you make a poster for a movie about talking dolphins trying to kill the President of the United States? There wasn't much chance for 1973 The Day of the Dolphin to avoid our list. 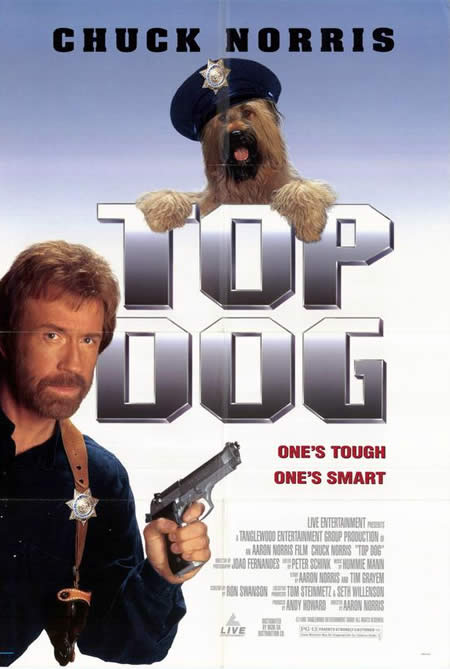 Here's a new Chuck Norris fact: his 1995 movie Top Dog sucks... and its poster took about 15 minutes to be made. 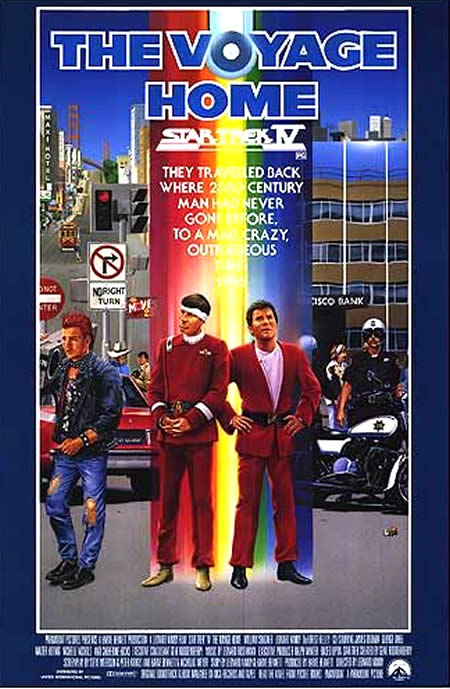 On this poster for Star Trek IV: The Voyage Home, Spock and Kirk seem to be riding a gay rainbow to San Francisco, looking around bewildered at the gays. 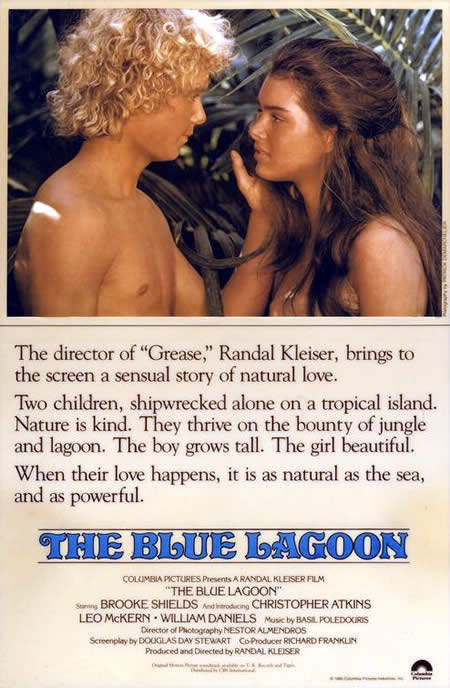 The only awesome thing about this awful poster for 1980's The Blue Lagoon? Young Brooke Shields of course. 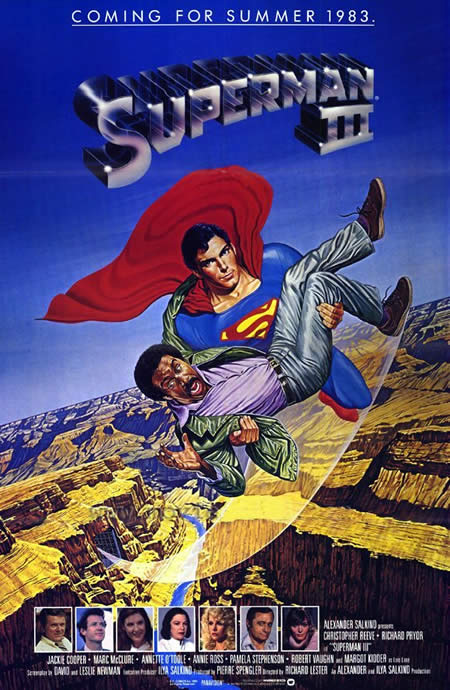 This is what happens when you put Richard Pryor in the place of Lois Lane. We're surprised they didn't throw Gene Wilder somewhere in Superman 3 as well. 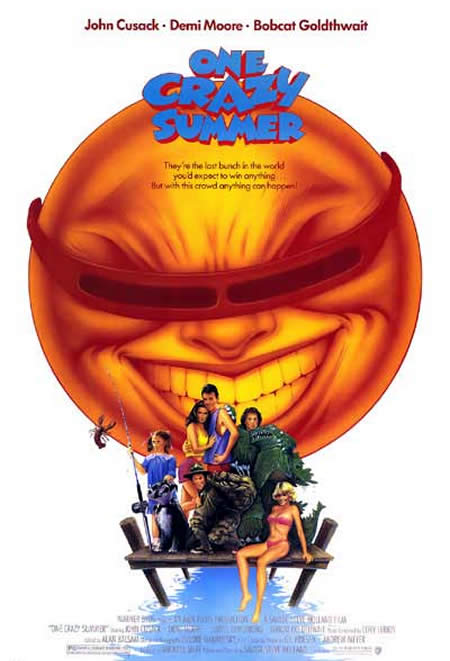 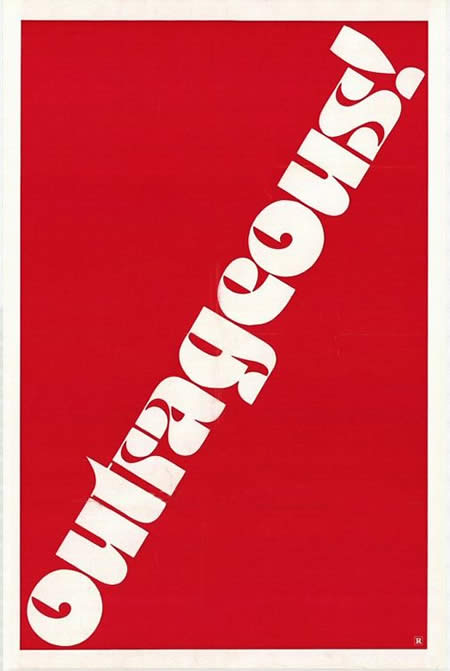 Ok, we get it, they were trying to make it outrageous for 1977's movie Outrageous!, but couldn't they come up with something better than this rotated title?