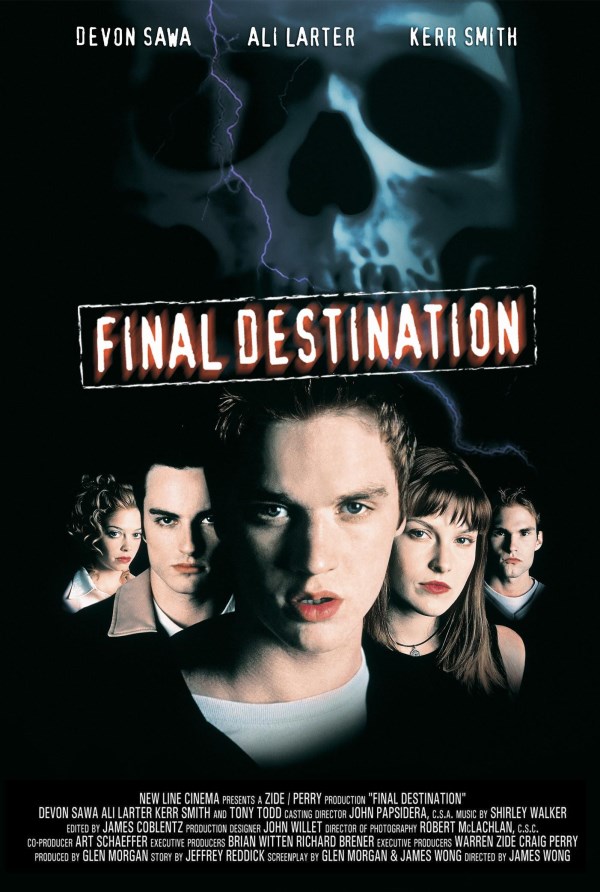 An Italian woman who didn't get on the recently crashed Air France flight 447 because she arrived late to the airport was killed in a car crash just two weeks later. A lot like the movie Final Destination!

Johanna Ganthaler, a pensioner from Bolzano-Bozen province, had been on holiday in Brazil with her husband Kurt and missed Air France Flight 447 after turning up late at Rio de Janeiro airport on May 31. All 228 people aboard lost their lives after the plane crashed into the Atlantic four hours into its flight to Paris. After losing the flight, the couple had managed to pick up a flight from Rio the following day.

Two weeks later, Ms Ganthaler died when their car veered across a road in Kufstein, Austria, and swerved into an oncoming truck. Her husband was seriously injured.

According to a Brazilian TV show, the woman and her husband hadn't bought a ticket from Air France. Both travel at Iberia. The surviving husband testified the story was just a lie. Thanks, Dani .

2Unbreakable (2000): boy survived being hit by a car unscathed 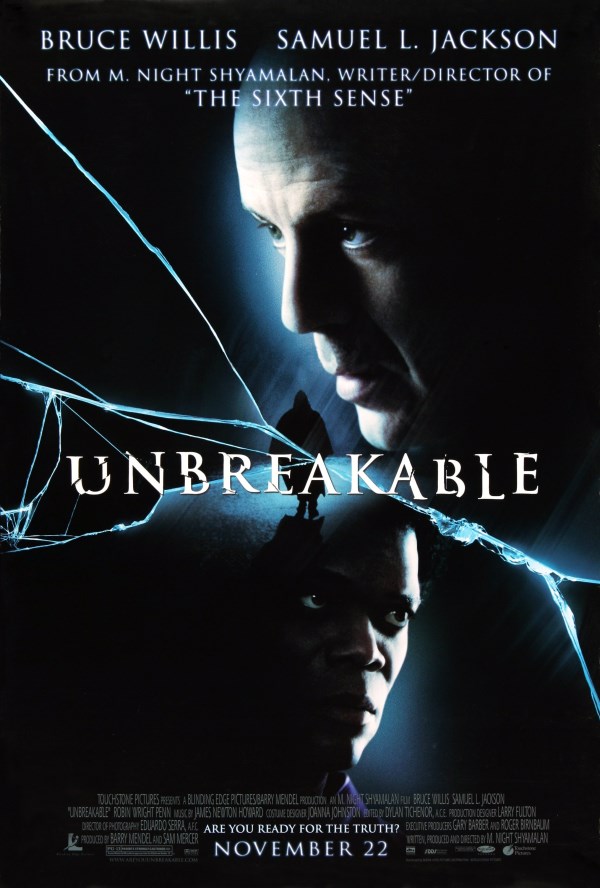 In the movie Unbreakable, David Dunn (Bruce Willis), a depressed security guard, survives a violent train crash without a single scratch. Recently, four-year-old Turkish boy Muhammet Dirlik also got lucky: he was hit by a car, which sent him tumbling down a flight of stairs. But what seems like a surely fatal accident left Muhammet unscathed. 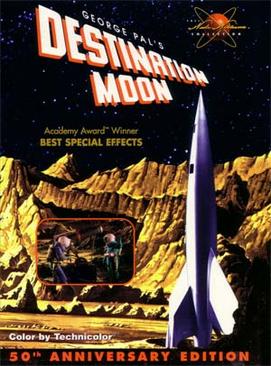 Perhaps the most boring movie ever made about space travel, Destination Moon, is a tale of astronauts obeying Newtonian physics. The dramatic climax comes when the crew realizes they don't have enough fuel to make it back to Earth, and even after dumping all of their unessential gear, one of them will have to stay behind.

At its best, Destination Moon is an astonishingly sober primer on the physics, and potential complications, of space travel. When the crew takes off, an extended sequence (they're all extended, really) shows the effects of acceleration on their grimacing faces. When it's time for a spacewalk, the astronauts put on their suits and wait, and wait, as the air cycles out of the crew compartment. It's all very scientific and responsible. For what it's worth, the moon also looks remarkably like it should. And when the rocket first leaves Earth, the crew counts down from 30. There is such a thing as too much realism. 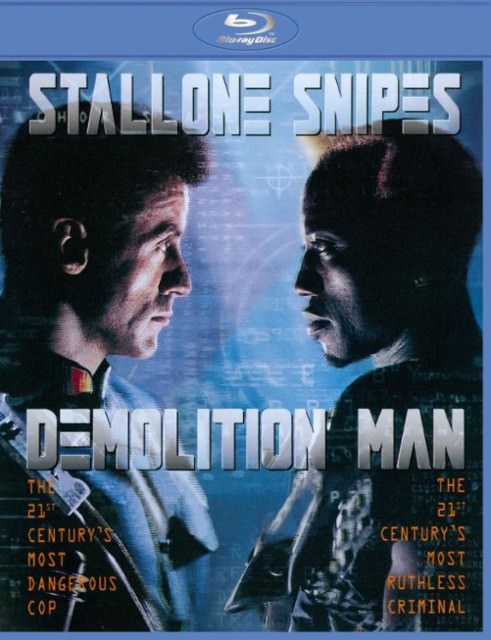 In this movie, Sylvestor Stylone's character, a time-traveling cop from the past, is told to his disbelief that actor Arnold Schwarzenegger had become president after the Constitution was amended. In 1993 when they made Demolition Man directors probably figured 'Lets go for the most ridiculous futuristic prediction for Schwarzenegger and make him a President, oh yes he'll like that!'

Not only is Arnie's dream of being a US President a possibility --he's already governor and the Constitution could be amended--, but the futuristic New World Order which mirrors that depicted in the 1993 movie is possible as well. 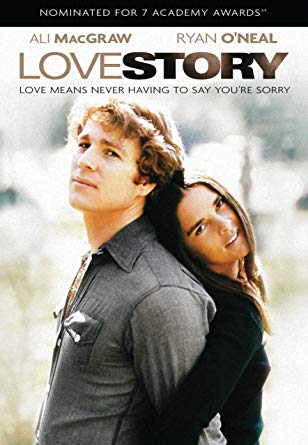 A talented actress and a brave fighter against the cancer that ravaged her life, Farrah Fawcett died recently with actor Ryan O'Neal by her side. Her relationship with Ryan imitated art as the ending of his most famous film, is at the bedside of his dying wife. In 1970, he got an Oscar nomination for Love Story, in which his character's wife dies of leukemia. 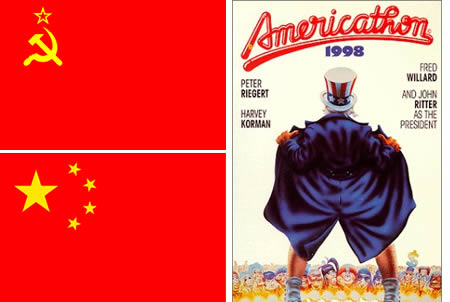 In 1979 a strangely prophetic movie was written by Phil Proctor and Peter Bergman starring John Ritter, Fred Willard, and Harvey Korman. "Americathon" was made 30 years too early–in 1979. John Ritter plays the president in a future America (1998) when we've run out of oil and cash. Among the hilarious–and insane–predictions for America 20 years into the future were that China would embrace capitalism and become a global economic superpower. Nike, then a fledgling little shoe company in Oregon, would become a multinational conglomerate. The USSR would collapse. People would buy expensive, specialty coffee drinks. And America would be deep in debt to foreign investors. Do you see any coincidence? 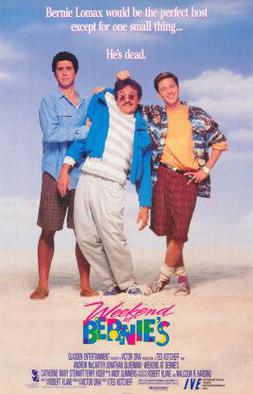 "Weekend at Bernie's" documents the experiences of two friends lugging their dead boss around in an effort to convince people he isn't dead. In January 2008, two men were charged with larceny and improper-burial. Pensioners David Daloia and James O'Hare took their naked dead friend, Virgilio Cintron, got him dressed and putted him in a wheel chair and tried to collect his social security check. A policemen said Cintron was unresponsive, flopped around unsteadily in the chair and appeared to show early signs of rigor mortis and had the pair arrested after they failed to get the $355 Social Security check cashed. Daloia and O'Hare claimed they were simply helping their sickly friend, whose landlord was trying to evict him.

The two men were later found not-guilty because the prosecution couldn't prove exactly when Virgilio had died.

8The China Syndrome (1979): US Nuclear Power Station had a radioactive leak 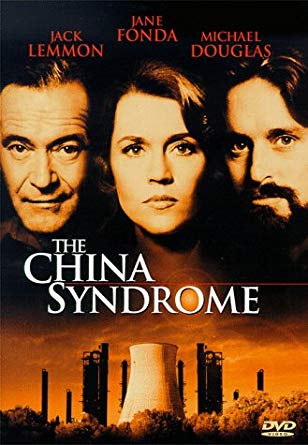 "The China Syndrome" is the story of two journalists (Michael Douglas and Jane Fonda) who discover safety concerns at a nuclear power plant. In the film, after witnessing a near meltdown, Douglas and Fonda convince Jack Lemmon to blow the whistle and expose the risks of nuclear power to the world.

Sure enough, within a few hours high radiation levels were being found and an evacuation of the nearby area was quickly ordered. Very little radiation had in fact leaked out and nobody was at risk of turning into mutants. But America has never let an absence of any real threat ruin a good panic, and the nation spent most of 1979 freaking the hell out about the dangers of nuclear power. The effects were devastating for the mental health of the local community, but it was all aces for Hollywood. "The China Syndrome", capitalized on the similarities between the two events and swept up at the box office. 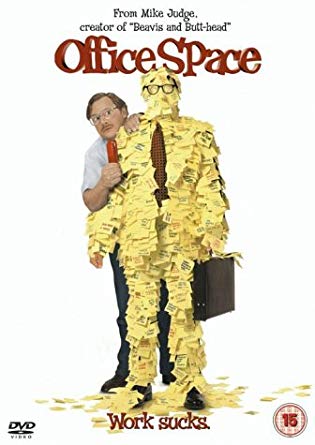 After performing poorly at the box office, "Office Space" became a massive hit on DVD. In the film, the protagonist, played by Ron Livingstone, takes office rebellion a little further and decides to rip off the company he works for. His scam involves stealing fractions of pennies from financial transactions that would usually automatically be rounded up to the nearest whole dollar. The idea is that the company would never miss such small amounts but that over a long period of time the pennies would add up.

In 2007, Michael Largent, a 22-year-old employee, decided this sounded like a pretty neat idea. Largent used an automated script to open up 58,000 accounts with online brokerage firms. Once the account was opened, the firm would send micro deposits of a few cents to verify that it had opened properly. Soon enough, Largent gained $50,000 and the attention of the FBI as well.

Apparently, Largent had seen too much TV and opened his accounts under the names of cartoon characters. He was eventually caught when the Patriot Act required the brokerage firms to take a closer look at the identity of their customers, and they presumably noticed 11,000 of them were named Speed Apex.

Largent later stated that "he needed the money to pay off debts."