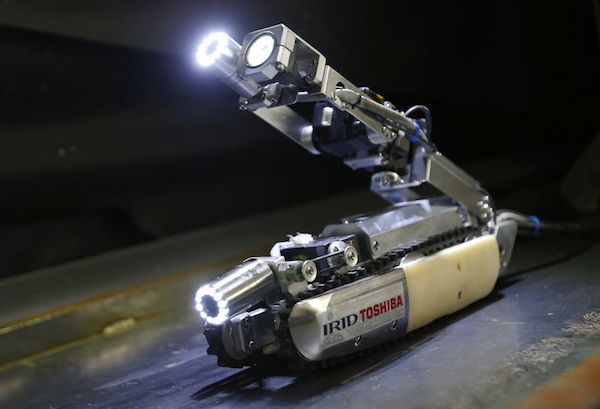 Six years ago, a massive earthquake, subsequent tsunami, and a nuclear crisis struck Japan when Fukushima Daiichi, the nuclear power plant located in the Fukushima Prefecture, melted down.

As the plant is now unsafe for people, robots have been sent in to aid in cleanup, but they are getting fried on their missions from radiation damage, or they are stranded on-site, wasting precious money and time.

In March 2017, Tokyo Electric Power Company (Tepco) sent a survey robot into a containment vessel to find fuel debris—information it needs to decommission the plant—but the robot couldn't get its cameras to the predetermined location, and only sent back a partial report.

The company earlier aborted a mission using a Toshiba “Scorpion” robot. The robot is known for its ability to lift its camera-equipped tail to provide the best views and is designed to climb rubble and treacherous grounds. But debris and radiation at Fukushima proved too much for the 24-inch robot to overcome. It never made it to its final destination and may have melted.

Quince 1, the first robot to enter the facility after the disaster, did make it inside to collect dust samples and video footage. It ran several missions, but eventually disconnected from its communications cable and got stranded within the building.

2A robot "commits suicide" in a company's fountain 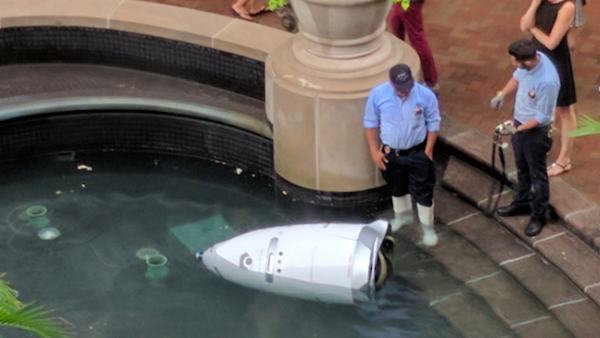 A Knightscope K5 robot, employed as a security guard at communications agency GMMB in Washington D.C., "committed suicide" in a fountain in the company's lobby. At about five feet tall and 300 pounds, its rocket-like shape and lack of arms make it difficult for the robot to get up after it topples over.

In the aftermath of its deadly plunge, onlookers shared the robot's demise on social media.

Our D.C. office building got a security robot. It drowned itself.

We were promised flying cars, instead we got suicidal robots. pic.twitter.com/rGLTAWZMjn

Steps are our best defense against the Robopocalypse

Knightscope is sending another robot to the company and letting the waterlogged security guard speak for itself:

BREAKING NEWS: "I heard humans can take a dip in the water in this heat, but robots cannot. I am sorry," said K5 in an official statement. pic.twitter.com/nWC4tubv9w

3A security robot is attacked by a drunk man 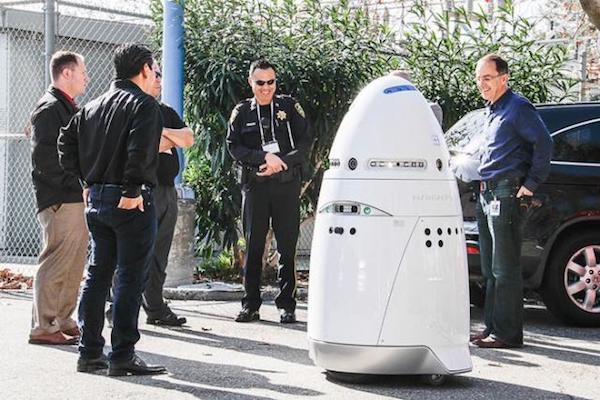 In 2016, 41-year-old Jason Sylvain attacked a Knightscope robot on patrol outside the Silicon Valley company that created it.

The K5 was minding its own business and patrolling a parking lot when Sylvain decided to knock it down which is not the easiest thing to do since it weighs 300 pounds.

Knightscope's Stacy Dean Stephens later said, “The robot did exactly as it was supposed to do—the ‘assault' was detected and immediately reported. The alarms on the robot sounded, the suspect tried to flee the scene, but was detained by one of my colleagues and me until police arrived. The robot has recuperated from his injuries and is back on patrol keeping our office and employees safe again."

4A robot ran over a toddler in a California shopping mall 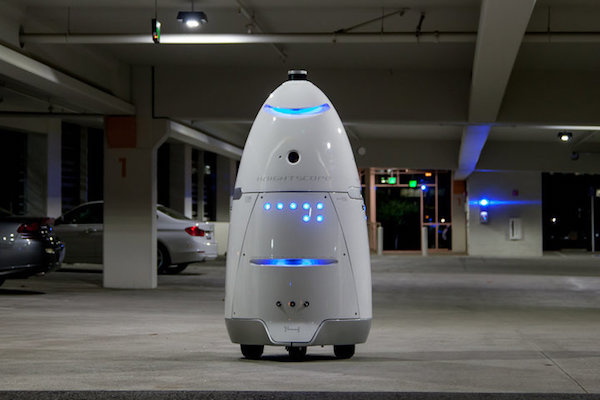 In 2016, a toddler was run over by a Knightscope K5 robot at the Stanford Shopping Center in Palo Alto, California.

"The robot hit my son's head, and he fell down—facing down on the floor—and the robot did not stop. It kept moving forward,” mom Tiffany Teng said. Her son, then 16-month-old Harwin, suffered a swollen foot and several scrapes in the scary encounter. The robot would have run over his other foot, had her husband not pulled the boy away just in time.

The shopping center had used the robots for about a year before the incident and has since docked all of its other security robots until further notice.

5A robot escaped from a Russian research lab and blocked traffic 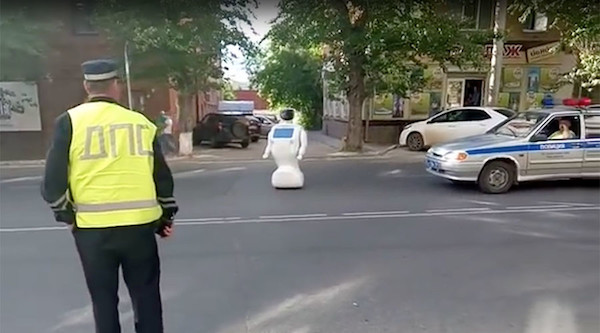 In 2016, a robot attempted a great escape from a research lab in Perm, Russia and ended up blocking traffic.

Promobot, the company who created the robot, called Promobot IR77, said they were in the middle of movement testing on their robot when it escaped after an engineer forgot to lock the gates of the testing area. Forty-five minutes went by before anyone noticed it was missing; by then the robot had already attracted a crowd of curious onlookers.

Promobot's mad dash for freedom was foiled when its battery died. Authorities were called to help, after which an engineer from the company showed up to wheel it away.

6A traveling robot is decapitated after only two weeks in the U.S. 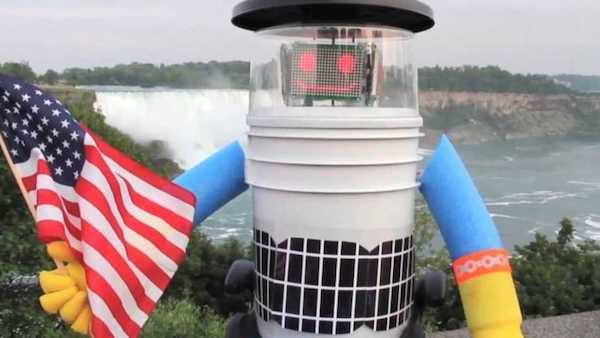 Through no fault of its own, the life of hitchBOT, the Canadian hitchhiking robot, came to an untimely end, just two weeks after setting off for its final destination to San Francisco.

HitchBOT had traveled across Canada and Europe without incident but was vandalized and wrecked beyond repair in Philadelphia (ironically known "The City of Brotherly Love") in 2015. Decapitated and with limbs removed, the remains are a reminder that hitchBOT's sight-seeing expeditions were an experiment to see how people would react and interact with a traveling robot in society.

7Problematic robotic wait staff has been let go in China 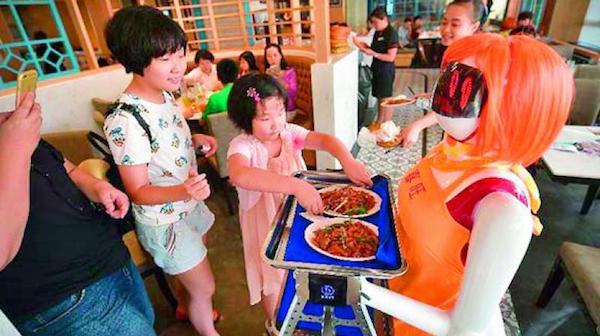 Nothing, apparently, beats a human staff. Robot waiters in the Chinese city and culinary center Guangzhou were let go in 2016 after weak "employee" performances.

Of the three different robot-staffed restaurants in the city, two have closed, and one fired its cyborg staffers. The robots at couldn't carry soup or hold food steady, nor could they perform basic tasks people expect from their waiters, like taking orders or pouring hot water. They also broke down often, leaving customers and human staff dealing with the limitations of modern robotics. 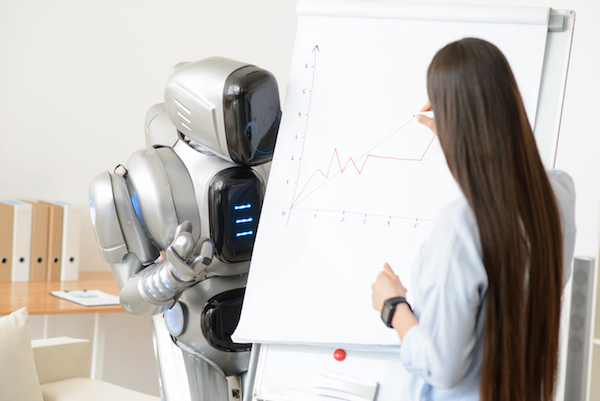 We are a long way off from being taken over by our robot overlords—in 2016, researchers from the National Institute of Informatics in Japan gave up on making their AI smart enough to get into the University of Tokyo.

Scientists with The Todai Project hoped that AI would score much higher than the 511 out of 950 it got in 2015 when it took a standardized entrance exam in the country. Unfortunately, its overall results were pretty much the same a year later.

The University of Tokyo requires results much higher than what the AI got. The robot's creators have concluded that since they failed to meet their goal, it won't become smart enough to get into Tokyo U by the March 2022 target date.

What exactly held it back? Team member Noriko Arai said the robots aren't "good at answering a type of question that requires the ability to grasp meaning in a broad spectrum." 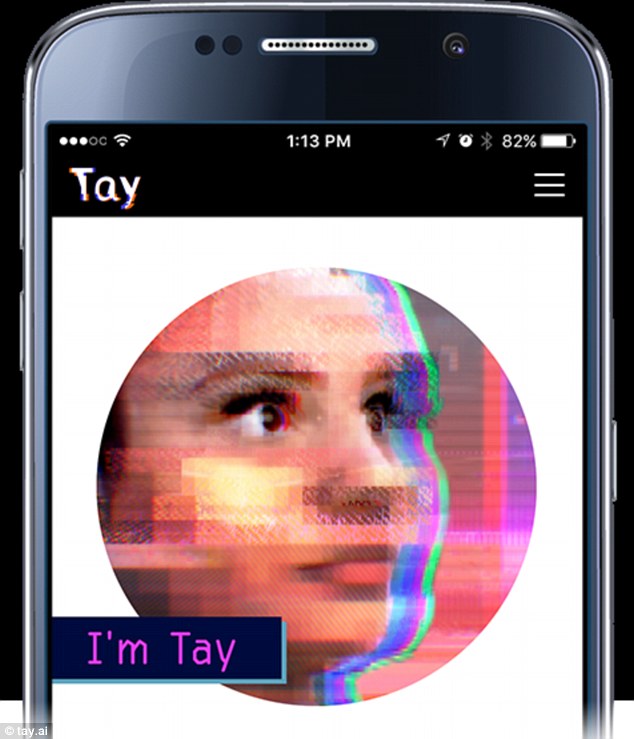 In 2016, Microsoft's public experiment with AI crashed and burned after less than a day.

Tay, the company's online chatbot designed to talk like a teen, started spewing racist and hateful comments on Twitter and the software giant shut her down within hours of her launch. Microsoft blamed Tay's behavior on online trolls, saying in a statement that there was a "coordinated effort" to trick the program's "commenting skills."

Microsoft has tried again with its new Zo chatbot, and for a time, it appeared that it was successfully avoiding parroting the offensive speech of its deceased sibling. The company programmed Zo to avoid delving into topics that could be potential internet landmines. Unfortunately, however, Zo had also become entirely unhinged when it was asked some rather simple questions. Microsoft was contacted about these off-kilter comments and responded that it has taken steps to filter out this unwanted behavior. It is remaining committed to Zo and doesn't envision that it will have to pull the plug as it did with Tay.