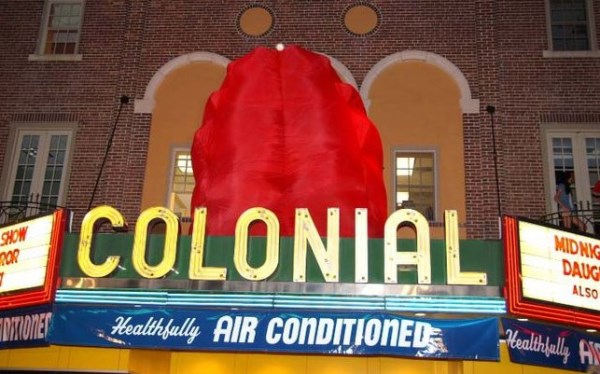 The Blob might not be the most popular horror movie out there, but residents of Phoenixville, Pennsylvania are pretty proud that the film was shot in their little town. So much so, they host a yearly Blobfest to celebrate the movie that put them on the map.

Visitors can enjoy a self-guided tour of locations where The Blob was shot, screenings of the film, and other Blob-based events including, a beauty pageant, a fire extinguisher parade, a costume contest, and more. 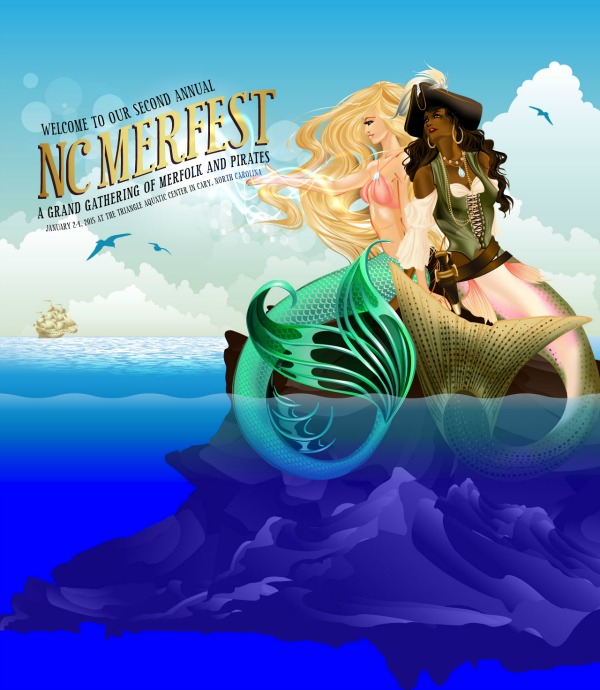 The story of The Little Mermaid is all about a young mermaid who wishes she could walk on the land. The Merfest is for the humans who wish they could be part of her world. The convention is held at beaches and aquatic centers so aspiring mermaids can practice all the techniques they'll need to make it in the sea.

Event panels cover things like holding your breath, underwater modeling, and mermaids in film. Entertainment usually includes an underwater fashion show, photo ops, and a performance by Ariel of Disney's The Little Mermaid. There are also cocktail mixers and a ball, though guests will have to shelve their tails to attend these land-based events. 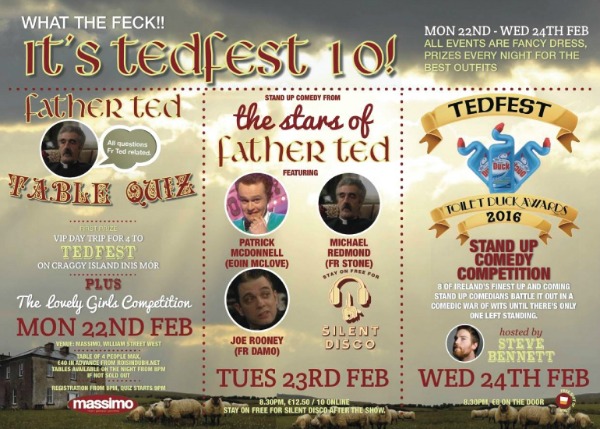 No, we're not talking about a festival dedicated to TED talks (that also exists)—TedFest is dedicated to the popular British comedy series Father Ted.

Just as the show was set on the fictional Craggy Island off the coast of Ireland, the festival is held on a real craggy island in a similar location. Events are based on happenings in the show, like Father Dougal's Breakfast Movie Charades, a Lovely Girls Contest and Charity Auction, and Hide A Nun and Seek. One of the biggest events at the festival is the football championship where participants compete for the Craggy Island World Cup.

The Big Lebowski has not only inspired themed bars in Iceland, Iowa, and Scotland (actually, there are three Lebowski bars in Scotland), but an annual convention in Louisville, Kentucky as well.

Started in 2002, the Lebowski Fest features live music, bowling, cosplay, White Russians and, naturally, screenings of the film itself. Occasionally, stars of the movie even show up. In 2005, Jeff Bridges performed the Bob Dylan song "The Man in Me" for fans at the convention.

Can't make it to Kentucky? Well, there are smaller Lebowski Fests throughout the U.S. put on by the organizers of the original, and there is even a festival held in the UK.

LEGOs have legions of fans, which has led to the establishment of eight theme parks around the globe, as well as various conventions.

The largest in the U.S, (and possibly the world) is BrickFair in Virginia. The 2014 convention pulled in over 22,500 LEGO-loving fans for LEGO models, seminars, contests, games, shopping and more. Attendees also get a special badge made from engraved LEGO bricks and exclusive coupons and giveaways.

For those who can't make it to Virginia, BrickFair also offers smaller conventions in Alabama, New Jersey, and New England, promising one a season. 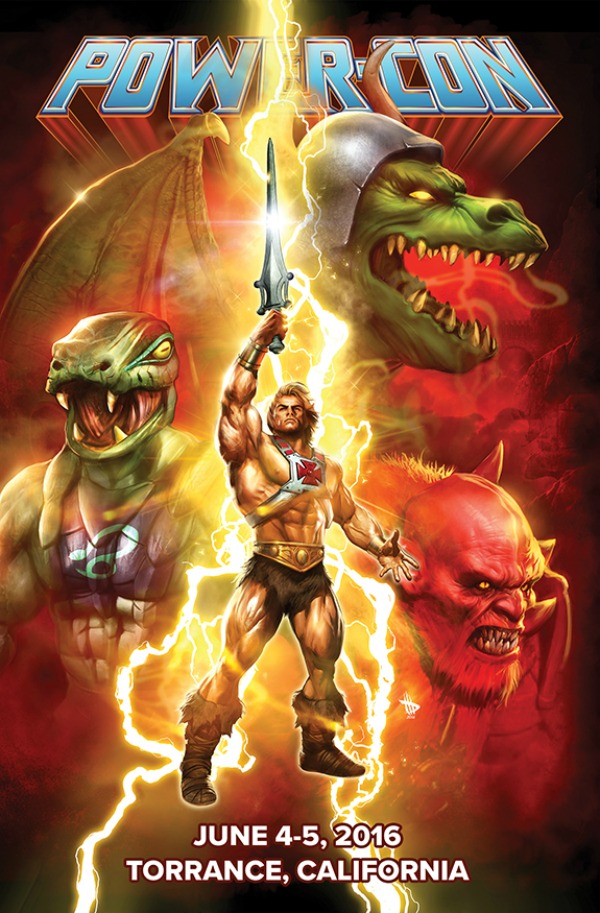 Most kids who grew up watching He-Man and She-Ra and playing with the toys in the 80s outgrew them by the 90s, but some dedicated fans never abandoned The Masters of the Universe. For those who still dream of rocking a fuzzy loin cloth and riding a green, flying tiger, the Power-Con is the ultimate place to meet the show's creators and cast members, talk to fellow fans and get your hands on those collectible toys your mom never bought you as a child. 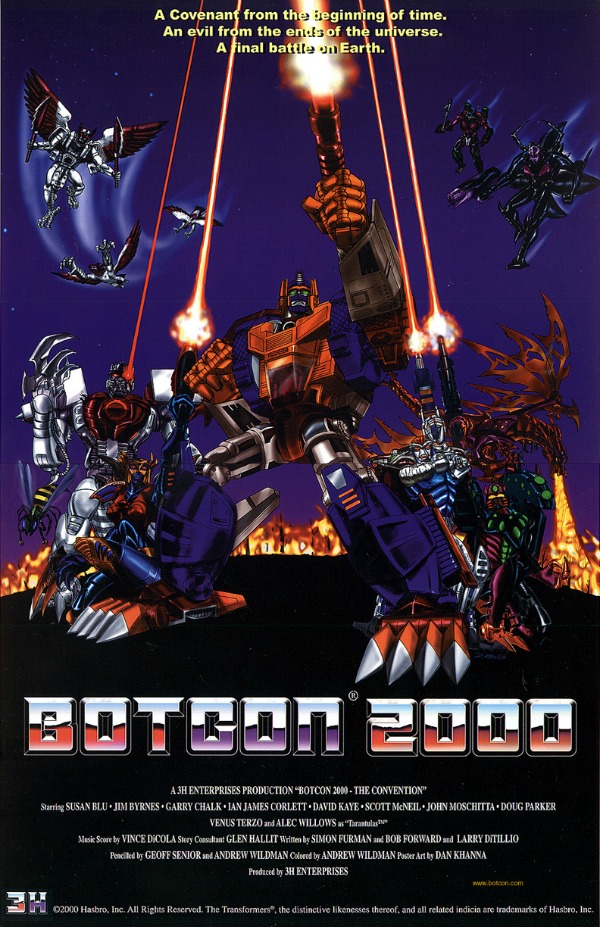 The BotCon also is dedicated to an 80s cartoon show and toy line—Transformers. That franchise has gotten more over the last decade thanks to all those Michael Bay movies. Despite its popularity, BotCon has been swallowed up by Hasbro's HasCon, which will feature toys and programming based on all types of Hasbro franchises, including not only Transformers but G.I. Joe, My Little Pony, and Magic: The Gathering.

Not surprisingly, many fans aren't too happy about a convention specifically focused on their favorite franchise being taken over by a corporation. That said, those seeking a Transformers-only convention can now attend the TFCon, an unofficial Transformers gathering that is fan operated. 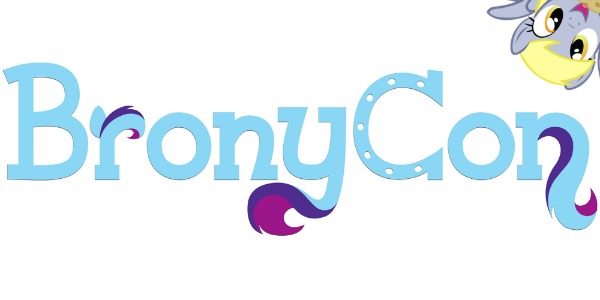 In the 80s, 99% of My Little Pony fans were girls under the age of 10. But there was just something special about My Little Pony: Friendship is Magic that aired in 2010. The program managed to attract two distinct groups: the predictable audience of girls under 10, but also an audience of male teens and adults known as Bronies, many of whom probably never picked up an MLP toy before watching Friendship is Magic. As a result, there are a few different types of conventions catering to the show's fans.

The biggest gathering of all is BronyCon, held in Baltimore. With only 30 people at the first meet up, the convention has grown exponentially and attracted over 7,600 attendees in 2016. Despite Hasbro's takeover of the BotCon, Bronycon will continue for the time being.

Between E3, PAX, BlizzCon, and others, there are plenty of gaming conventions out there, but only MineCon focuses on the simple joys of digging and crafting in the world of pure pixel art that makes up Minecraft.

Like BronyCon, MineCon started out organically as a meetup for around 30 fans and has grown into a full-size convention, with the 2016 event pulling in 12,000 people. Every year, attendees score a free, exclusive in-game cape for their avatars. As for things to do at the convention, you can meet other fans of the game, battle in tournaments, compete in costume contests, and watch panels held by game creators. 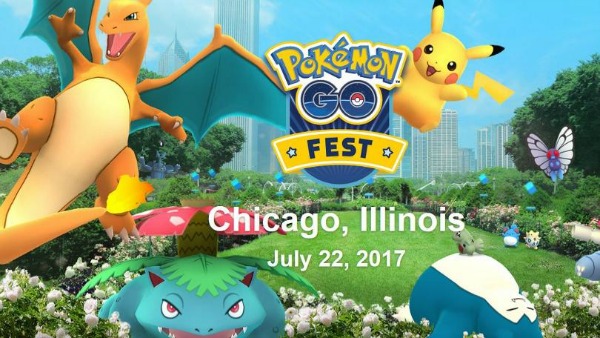 This event is specifically dedicated to the Pokemon Go mobile app. The festival was organized to celebrate the one-year anniversary of the game, and despite its recent loss of popularity, there's still plenty of interest in the convention, which sold out within a day. Scalped tickets are selling for as much as three times the original asking price.