An Australian court dismissed a bullying case brought by an engineer. He accused his former supervisor of repeatedly breaking wind toward him and farting.

The judge ruled that even if David Hingst’s allegations were true, that doesn’t necessarily constitute bullying. Hingst didn’t like the judge’s choice though and said that he would take the case to the High Court, Australia’s final court of appeal.

This 56-year-old is seeking 1.8 million Australian dollars, or $1.3 million, in damages from his former Melbourne employer, Construction Engineering. Hingst testified that he had to move of of the communal office space to avoid his supervisor’s flatulence.

According to Hingst, supervisor Short would enter Hingst’s windowless office several times a day and break wind. Hingst “alleged that Mr. Short would regularly break wind on him or at him, Mr. Short thinking this to be funny,” the two appeal court judges added to their ruling. 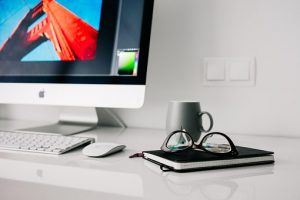 Hingst would spray Short with deodorant and called him “Mr. Stinky.” “He would fart behind me and walk away. He would do this five or six times a day,” Hingst said.

Short says he did not recall farting in Hingst’s office, “but I may have done it once or twice.” Hingst was also taunted over the phone by this supervisor, he said.

He said that he would use profane language and would taunt him during phone calls, too. Hingst “put the issue of Mr. Short’s flatulence to the forefront” of his bullying case, arguing that “flatulence constituted assaults.”

The court found Short not guilty of bullying or harassment. According to them, Hingst failed to establish that Construction Engineering had been negligent.

Farting isn’t bullying, at least in Australia, and now you know.