This summer, Japanese beetles devastated my neighborhood. They eat flowers, leaves, trees; you name it–they’ve destroyed it. There are traps you can buy, which lure the Japanese beetles in with pheromones. The traps work almost too well. Within a few hours, they fill with hundreds of beetles. The plastic sacks hang in nearly every garden, heavy and stretched to capacity with trapped beetles. But no matter how many traps get put out, it doesn’t put a dent in the number of beetles chewing through the neighborhood. There’s always more.

Unchecked numbers free from natural predators are why invasive species devastate new environments. Did you read our article on the spotted lanternfly? There’s an agricultural quarantine in New Jersey, New York, and Pennsylvania to stop its spread. Invasive species damage ecosystems worldwide and some of them really suck.

This fast-climbing plant is called the house-eating vine for a reason. Native to the Pacific Islands, and East and Southeast Asia, it’s rampant in the American South. Kudzu kills native species with aggressive shade. In places like rural Georgia and Florida, it’s taken over properties and can cover entire homes if people don’t eradicate it early.

Native to freshwater lakes in Russia, these mollusks have taken over worldwide. They love eating native algae. And they grow all over native mollusk species, killing them. Fish and ducks eat the mussels, but not enough to stop them from clogging water intakes at power plants and damaging boats.

It’s the largest toad in the world and a big problem for Australia. They’re native to South and Central America and contain poison that dissuades predators from eating them. Australia introduced the cane toad to control an invasive beetle that was destroying sugarcane crops. Now, the toads dominate Australia’s ecosystem unchecked.

Goats were a natural choice for settlers to transport across the ocean–they’re hardy, provide meat and milk, and help cultivate the land. In Australia, they kept farms and ranches free of weeds. As herds escaped from farmers over the years, they’ve taken over the Australian landscape. 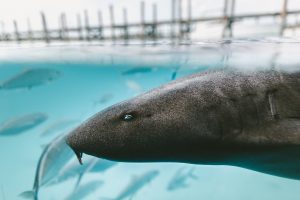 It is hard to blame humans for the spread of a fish that can both breathe air and walk from wetland to wetland. It’s native to Asia and strolls from ponds in Pakistan down to the Philippines. Now, you can spot them at crosswalks in Florida, where they walk from fish farm to fish farm eating schools of fish.