We probably don’t need to tell you that people got slightly bored over the course of 2020. Stuck within the same four walls, some started entertaining themselves with anything they could come up with.

One of these people was Josh Swain, 22, a college student from Tucson, Arizona. To pass the time, he organized the Swainbowl.

Essentially, Swainbowl was to be the final battle to determine the rightful owner of the name “Josh Swain.” What started as a joke ended up becoming a very real event on April 24 in Air Park, Lincoln, Nebraska.

Hundreds of Joshes flocked to the park to decide once and for all who was the ultimate Josh. There was just one problem – only two Josh Swains showed up.

But the most difficult problems have the most creative and solutions. And so, Josh Swain of Tucson and Josh Swain of Omaha, Nebraska, engaged in “a grueling and righteous battle of rock, paper, scissors.”

The event’s creator emerged as the winner. All hail the one true Josh Swain!

But that was just the appetizer. The main event, an all-out pool noodle fight, open to everyone called Josh, began immediately afterwards.

After the brawl, one stood victorious. The winner was a certain 4-year-old Josh, who was coronated as the King of All Joshes with a Burger King crown.

May his rule be long and his decisions wise. 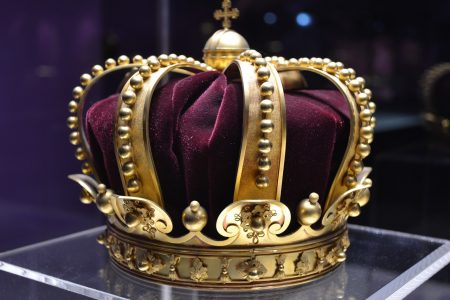 When a Joke Turns Real

As mentioned, Swainbowl got its beginnings as nothing more than a Facebook joke. One day, when bored out of his skull, Josh Swain decided to play a prank on his namesakes.

“Under a spell of pandemic boredom, I made a group chat of all the people on Facebook that I could find with the same first and last name as mine,” he explained in a Reddit post.

In the message, he challenged all the other members to fight for their right to bear the glorious name of Josh Swain. The winner would get to keep the name, while everyone else would need to legally change theirs.

Swain said that the challenge was, of course, a complete joke. It was inspired by the difficulties he’d faced in creating online user names with his name.

“For a long time I’ve gone on Twitter and Instagram and I’ve tried to get the handle of just ‘Josh Swain’ and it’s always been taken,” he told KLKN-TV.

“One day I was like, alright, we can fix this.”

Swain never intended for the other Joshes the take the thing seriously. At most, he hopes he’d give them a few chuckles before moving on with their lives.

“I didn’t expect the whole internet to take it and start contacting every ‘Josh’ they knew,” Swain said.

“I did not expect people to be as adamant about this as they are right now.”

But Swain underestimated the boredom of the other Joshes. They kept bringing up the fight, and eventually Swain had to cave in.

He picked Nebraska as the location for the fight due to its central location within the U.S. His original message contained random coordinates as the battlefield, but that place was a no-go.

“I originally picked the coordinates at random, and they landed on some farm owner’s land who did not agree to host such a ridiculous event,” Swain explained.

He also laid out specific rules for the battle on Reddit. The rightful Josh Swain would be decided with a game of rock, paper, scissors.

Then, the other Joshes would get to duke it out with pool noodles. Apparently, the event proceeded exactly as planned.

However, Swain didn’t want to sully the good name of Josh with only mindless violence. Therefore, he also took this opportunity to do some good.

A food drive was hosted at the event. Swain encouraged everyone attending to bring with them non-perishable food, which they donated to the Food Bank of Lincoln.

In addition, Josh set up the “Help Pay Legal Fees for Josh Swains to Change Their Name Fund.” Despite the humorous name, the donations didn’t go towards legal fees.

“This is just a fun title for a fundraiser we have to benefit the Children’s Hospital & Medical Center Foundation, which provides medical care to children across the state of Nebraska,” wrote Swain.

What a great start for the reign of the King of All Joshes.