A medical malpractice injury is an unfortunate phenomenon that can leave the victim in a sorry state. Fortunately, perpetrators do not always get to avoid responsibility for their professional negligence. The victims who’ve been injured due to medical negligence can receive compensation for the harm they’ve incurred. These compensations are widely known as ‘Damages’ in civil lawsuits. In these instances, you can get professional help from skillful medical malpractice lawyers who can assist you in filing a winning case.

Medical malpractice law is a field that has integrated two sophisticated disciplines – namely Medicine and Law. The complexity of medical malpractice law leaves no room for assumptions and misinformation; therefore, always ensure you have the right information when you’re in pursuit of justice. You can visit the Cummings Law website to find more details about the field.

Medical negligence can sometimes leave the victim with grievous injuries or even cause the death of a loved one. In such cases, the payable damages tend to be higher. However, some state legislatures have passed laws that limit the amount of money a plaintiff can recover for certain types of damages. This is referred to as Damage Caps, which limit the total amount of compensation that must be paid to a victorious plaintiff. To help you have a better understanding of damages in a medical malpractice case, here’s an in-depth analysis. 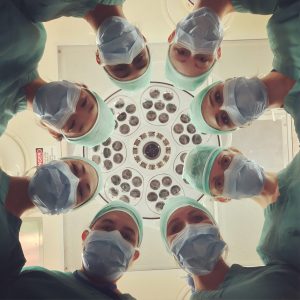 There are three types of damages awarded in a medical negligence case. These are Economical, Non-economical, and Punitive damages. The first two compensations are directed to the victim while the last one is awarded to the medical practitioner who caused the injury.

These types of damage are also known as special damages; they’re given to the victim for incurring financial costs that arose from the negligence. Besides the medical and therapy expenses, victims can also recover future medical expenses and lost income as a result of sustaining the injuries. However, such payout will be paid depending on whether or not the calculated damages are sensible based on the documented medical expenses, the documented earnings history, and other objective proof of such damages.

Arriving at a quantifiable dollar amount for these types of damages is normally hard because they address the pain and suffering the victim incurred. In order for a jury or judge to understand the magnitude of the victim’s injury, he or she would have to produce more than just medical documentation. These type of damages are very dependent on expert medical proof and expert opinion testimony. A great medical malpractice attorney will line up a strong group of experts to help pursue any sought non-economic damages.

At times, victims may recover punitive damages in cases where a doctor acted willfully or concealed an injury that he or she caused to the patient. Punitive damages are rare in medical malpractice cases. They are an option when the care and treatment was so reckless or careless that a message needs to be sent to that provider and others that such misconduct is never acceptable and that it is worse than just a basic mistake.

Due to the severity of medical malpractice injuries, some of the victims do succumb to them. This then becomes a wrongful death case. Each state has its own unique set of laws regarding who can bring a wrongful death lawsuit on behalf of the decedent, and how any related compensation is to be distributed.

Even though survival statutes and wrongful death laws are similar in such a way that they both involve a victim’s death, they serve different functions. Wrongful death laws allow the family of the victim to seek litigation for the damages. The family of the deceased can recover all of the same damages that the patient could have had the death not occurred, as well as being able to recover compensation for the value of the lost relationship and for the funeral and burial expenses.

Given the amount of evidence the court looks at before awarding any damages to the plaintiff, the following are some factors that would likely reduce the compensation.

In some instances, the victim’s irresponsibility could eventually reduce the damages payable to him or her. A good example is when a victim failed to heed to the doctor’s instruction, which can include not returning to the ER if things got worse.

At times, the injury resulting from medical negligence may trigger a severe reaction in a patient due to a pre-existing medical condition. Thus, the amount of damages payable to the victim is likely to reduce due to his or her condition.

Evaluating damages is a very complicated process; still, an experienced and successful lawyer would be of great help to you in navigating this legal terrain in accordance with your state.