Cemeteries hypothetically serve a handful of important purposes, but in some cases, they merely take up space—offering little in the way of public service. While they still function as a way for people to pay respects to their loved ones who have passed on, there isn’t much else to see or experience. And in many cases, the space they take up could have been used for something more engaging or valuable to the community.

Does that mean we should get rid of cemeteries? Of course not. Instead, it means we should be working to help cemeteries evolve—and that’s just what experts are doing. 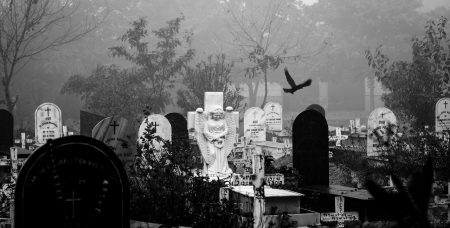 One of the most impressive ways architects and artists are transforming urban cemeteries is with the help of biodiverse botanical gardens. Brazilian visual artist Pazé recently unveiled a “Garden of Time” exhibition in Sao Paulo, using 3D rendering software to show how the currently neglected and underutilized cemeteries in his city could be reimagined as lush, green public spaces.

If undertaken, the plan could create more than 320 acres of space that’s completely open to the public, full of lakes, trees, plant species, and of course animals. It would function as a beautiful public park for local residents and a tourist attraction for people in surrounding areas, while still preserving its status as a cemetery and a way to honor the dead.

Originally founded in 1840, the Woodlands Cemetery in West Philadelphia allows residents to volunteer as local “Grave Gardeners.” Volunteers can adopt cradle-style grave sites that were originally designed to host beautiful plantings meant to honor the departed. However, over time, these gravesites became neglected. Now, the space is serving a dual role; the original intention of showcasing the cemetery with lush plant life has been restored, and local residents have the chance to practice their gardening skills.

There’s also the Hollywood Forever Cemetery, an institution in Hollywood that was originally created in 1899, right next to Paramount Studios. Sprawling more than 50 acres, the cemetery features the final resting places of some of the most famous names in the film industry. These days, the Hollywood Forever Cemetery is home to Cinespia, an outdoor public gathering that plays classic films for a lawn-seated audience every Saturday. Additionally, the cemetery is home to a massive Dia de los Muertos celebration that draws more than 30,000 people every year. 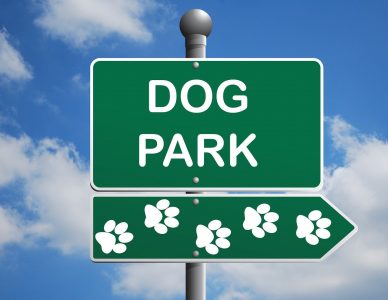 Though controversial, the Washington, DC Congressional Cemetery (once known as the Washington Parish Burial Ground ) merged with a local dog park in 2017. Now, the cemetery offers a massive, 35-acre fenced in area where dog owners can enjoy the public space—as long as they follow the rules. Members can pay for off-leash privileges, supporting the development and maintenance of the cemetery grounds, and community residents can have fun at events like “Yappy Hour.”

It’s also worth noting that cemeteries aren’t as popular as they once were, with a growing number of people in the United States (and around the world) preferring alternatives to burial. In fact, it’s estimated that by 2035, cremation rates will reach 78.8 percent nationwide. Regardless of how you personally feel about burial or cremation, this change could greatly reduce the burden of finding and maintaining cemetery space, opening up more public property for communal use.

Cemeteries have long been a way to appreciate and honor the people that have passed from our lives, and modern artists and architects want to preserve that functionality—while also allowing the space to be used in more beautiful, engaging, and useful ways. Keep an eye out for historical cemeteries in your area that are overdue for an overhaul; in time, the majority of public cemeteries could be redesigned or improved in a way that makes everyone’s lives better.