It has been a long and grueling PGA Tour season, with a record-breaking 50 tournaments over the course of the 2020-21 campaign as the sport tries to recover from the effects of the coronavirus pandemic. And whilst the recent Tour Championship marked the end of the year for most professionals, a select few from Europe and the United States will go head-to-head in the Ryder Cup at Whistling Straits in Wisconsin later this month. 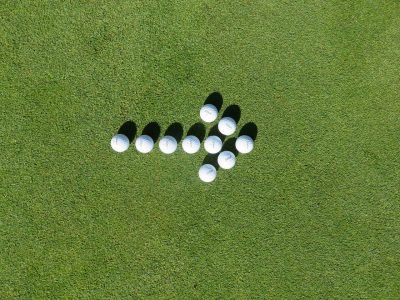 So, with the FedEx Cup’s mammoth $15M prize scooped at the season’s finale at East Lake and the Ryder Cup teams beginning to shape up under the guidance of Team Europe captain Padraig Harrington and Team USA skipper Steve Stricker, let’s take a look back at this year’s major winners — a couple of which were far from favored in the golf betting odds.

After streaking five shots clear of the rest of the pack to win the delayed renewal of the Masters towards the backend of last year, many expected then world number one Dustin Johnson to defend his title. However, with the American missing the cut, the door to Augusta National’s iconic champions locker room was blown wide open and Hideki Matsuyama took full advantage. The 29-year-old went into the fourth and final round with a four-shot lead, and even though that advantage was chipped away at by the chasing pack throughout the final 18 holes, Matsuyama held on to beat Will Zalatoris by a single stroke in a nail-biting finale, becoming the first Japanese golfer to not only win the Masters, but a major title.

With Phil Mickelson winning the PGA Championship at Kiawah Island’s Ocean Course, it’s fair to say that the first two majors of the year ended with shock victors, and surely no one could have predicted the obscure winners in the golf betting tips. For 51-year-old Mickelson, the two-shot triumph was his first major title since he lifted the historic Claret Jug after winning The Open at Muirfield Golf Links in Gullane back in 2013. Mickelson led from Louis Oosthuizen and Brooks Koepka from the second round, and despite their best efforts and faint hope that the veteran would fade away as the tournament progressed, the 51-year-old held on for an historic victory.

After a couple of surprise winners in the earlier majors, very few would have been shocked to see Jon Rahm lift the US Open trophy at Torrey Pines back in June. It was just a matter of time before the Spaniard, who is now ranked number one in the world, got his hands on that maiden major, and after being branded a ‘nearly man’ with seven top 10 finishes at the big tournaments over the course of the last four years, he would have breathed a huge sigh of relief as he overturned Oosthuizen’s one-shot lead with two birdies on the 17th and 18th holes, beating the South African by a single stroke.

Still somewhat of a newbie to the PGA Tour, having only made his first appearance at one of golf’s big four tournaments in 2019 — the US Open at Pebble Beach Golf Links — Collin Morikawa amazingly added his second major victory to his résumé at The Open. The 2020 PGA Championship winner was making his debut in the British major at Royal St George’s in Kent, and he went on to beat former Claret Jug recipient Jordan Spieth by two shots. The 24-year-old will surely play a huge role for Team USA in this year’s Ryder Cup.