Germans don’t really have a reputation of being a fun-loving people. There must be thousands of jokes about how Germans don’t understand humor.

It might then come as a surprise to you that Berlin, the capital of Germany, is also the party capital of Europe. Really, the city’s nightclubs are famous for throwing some of the most extreme parties on the continent.

Germany is also either the birthplace or one of the primary producers of many genres of electronic dance music – or EDM. Kraftwerk famously pioneered what came to be called krautrock, while trance, EBM, and industrial, among others, also owe much of their current forms to German musicians.

While EDM has exploded in popularity world-wide in recent years, there are still those who can’t stand it. To them, this kind of music sounds just like a bunch of electronic noises laid over the BOOM-BOOM-BOOM of an obnoxiously loud bass beat.

Some people go so far that they refuse to call EDM music at all. If you’re one of these people, we’re sorry, but we have some bad news for you.

BFH, the German federal fiscal court, has officially ruled that EDM – more specifically of the techno and house varieties – is music. The decision came after German club owners filed for legal clarification on what should legally be considered music, wrote German news outlet The Local. 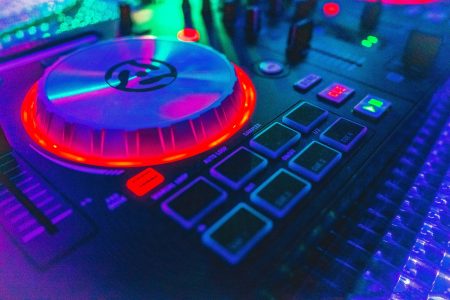 But why on earth is the question of whether techno is music or not being battled out in courts? Well, do you remember our earlier story about an Irish court declaring that Subway sandwiches are not bread? If not, this is as good a time as any to go read it.

We’re bringing the Subway case up because – just like there – the issue wasn’t really about music itself. Instead, it all comes down to the thrilling topic of taxes.

You see, in Germany, event organizers have to pay a 19% value-added tax (VAT). However, concert venues get to enjoy a lower 7% VAT rate.

The club owners argued that they should be entitled to the lower rate as well, since like concerts, they’re a place for people to enjoy music. Tax officials disagreed, though.

According to them, a DJ playing other artists’ tracks was not comparable to live band playing their own music. Additionally, the tax offices claimed that people go to clubs for the booze, not the music.

I Find the Defendant to be Music

After that, it’s the usual story of taxation disputes. Off to the courts it went.

To the tax man’s disappointment, the fiscal court ended up siding with the club owners. The BFH ruled that the EDM music played at the clubs is indeed music that people want to hear. 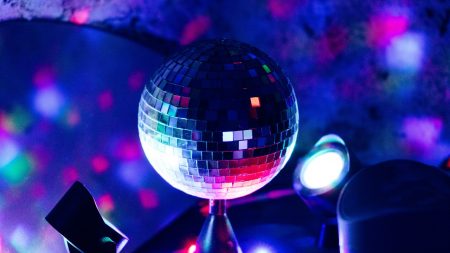 In its ruling, the BFH found that the lower tax rate wasn’t due to the presence of live musicians, but the primary reason why the audience attended the event. The court rebuked the tax officials’ claim that people were more interested in alcohol and that the DJ was just a glorified stereo system.

“DJs do not simply play sound carriers (composed by others), but they perform their own pieces of music using instruments in the broadest sense, to create sound sequences with their own character,” the court ruled according to Euronews.

The BFH also said that even if most of the club’s revenue came from drinks, the clubbers weren’t there primarily to get wasted. They were there to enjoy a legitimate form of musical expression.

EDM artists of the world, consider yourselves legally validated!

Fighting over whether techno and house are music just to get a tax break might seem petty. But German club owners actually have a good reason to try and look for savings wherever they can.

Berlin might be the party capital of Europe, but without anyone attending, it won’t be much of a party. And due to the COVID-19 pandemic, packing into a small space with hundreds of other clubbers doesn’t seem that great of an idea.

It’s not just the clubbers themselves who are hesitant to party, though. The club owners themselves recognize that they have a duty to protect public health.

“You know we love sick parties, but this is going too far,” said the nightclub Sisyphos on its website when it announced that the club would be closing down for the time being, according to The Local.

Not every club has been as cooperative, though, and many of them have closed only after officials forced them to. In either case, many club owners have become fearful about their financial security.

Lutz Leichsenring, from German industry association Clubcommission, said that the pandemic was the worst crisis the German club scene has faced since WW2.

“It’s possible that, by the end of this crisis, a large part of this culture for which Berlin is famous and thanks to which people feel good in Berlin, will disappear,” said Leichsenring.

Other Berlin cultural institutions have closed as well, but Leichsenring said that they don’t face the same kind of existential threat as club. Again, it comes down to taxes.

The difference … is that they are funded by taxes, whereas the culture we provide is funded by our clients,” he summarized.

Due to the crisis, club owners have had to get creative. While some have started abusing containment measure loopholes of questionable legality, others have taken a more responsible approach. 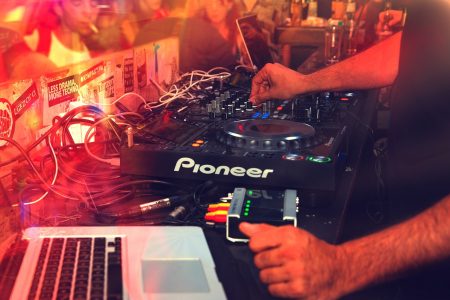 The Coconut Beach Club usually accommodates 2,000 clubbers per night. For this event, they cut the maximum number of party animals to 100 so they could ensure safe social distancing.

Of course, every attendee had to wear face masks. Additionally, there were distance markers at the bar, the DJ was protected by see-through plastic barriers, and people were only allowed to congregate in groups of four in separate areas.

The club also marked small circular areas on the dance floor for each dancer to occupy.