Ah, the Vikings. The legacy of these fascinating and brutal seaborne plunderers from Scandinavia is pretty much a staple of popular culture.

Vikings are regularly directly featured in or inspire the stories of books, movies, games, names of sports teams… The couple of popular TV shows that aired in the past few years didn’t make them any less popular either.

In short, people love Vikings. And what’s not to love – they subscribed to a fascinating set of beliefs within the Norse mythology, their culture was surprisingly progressive for their time, and who doesn’t like hearing stories about their pillaging ways.

And if Vikings are popular elsewhere, they’re doubly so in Norway. It makes sense, as the country – together with Denmark and Sweden – is the native home of the Viking peoples.

“Vikings are among Norway’s most salient cultural icons,” says Visit Oslo. “Although the Vikings are long gone, it is an intriguing thought that they used to roam the very areas that make up Oslo, Norway’s capital, today.”

Imagine, then, the shock that went through Norway when vandals shamelessly desecrated one of the most significant remaining Viking burial grounds. Located Oppdal, a municipality in central Norway, the Vang gravesite fell victim to ruthless grave desecration.

The police started an investigation, but soon closed it after getting a good idea of the culprit. If that seems strange, it’s because the culprit might not be who you expect. 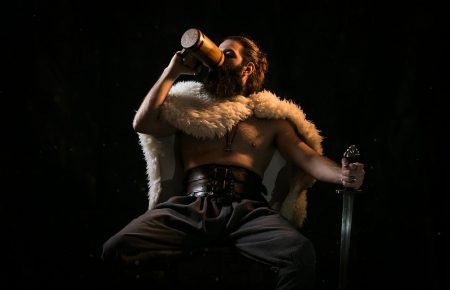 But let’s begin with an account of the crime itself. It all began on the morning of Wednesday, November 5.

At the time, caretakers at the Vang site discovered that many of the burial ground’s graves had been dug up. According to the Norwegian newspaper Dagbladet, 17 graves had been vandalized.

“This is unbelievable”, county archeologist Kristin Presvold told the OPP news site. “The digging must have happened Tuesday night or before dawn on Wednesday.”

Based on early reports, experts suspected that the desecrators had used specialized drills to access the opened graves. The theory was based on varying depth and circular shape of the holes.

Thora Nyborg, conservator at the University Museum of the Norwegian University of Science and Technology, said that grave looting was the most likely motivation for the crime. Vikings often buried their dead with tools and valuables that they’d used in life.

In addition to losing objects of archeological significance to thieves, Nyborg said that many more items may have been inadvertently destroyed.

“Many organic finds have been lost, and items may be lost when air enters these graves,” she told OPP. “This is terrible!”

Viking grave desecrations are rare in Norway. Apart from one case in 2014, the last recorded grave looting took place in the 19th century, according to Dagbladet.

It seems that Norwegians respect the memory of their Viking forebears. In anything, that made the crime seem all the more heinous.

Naturally, the grave looting was reported to the police. Accordingly, the authorities launched an investigation into the outrageous crime.

However, just two days later, the Norwegian police suddenly dropped all further action without pressing charges. But that didn’t mean they didn’t know who the vandals were.

It just turns out that it may have been pretty hard to prosecute the culprits. Namely, because they were badgers.

“It does seem that a badger is behind this case,” Oppdal municipality cultural consultant Sjur Vammervold told Dagbladet.

According to Vammervold, the authorities haven’t confirmed for certain that badgers had dug into the graves. Nonetheless, all the current evidence seems to point in that direction.

“Based on how badgers dig holes, this is the most likely explanation,” Vammervold said.

Of course, that doesn’t make the loss of priceless historical artefacts any less tragic. But in the badgers’ defense, the black-and-white striped critter wasn’t trying to do any harm out of malice. 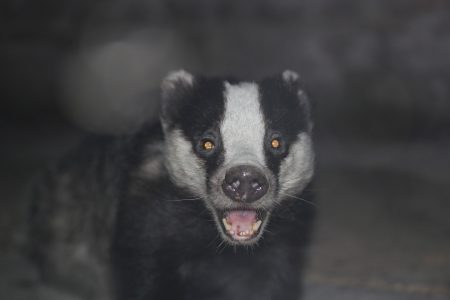 “It is good that there were no people involved, at least. The badger is quite innocent and probably had completely different motivations than grave robbery,” he said.

A Treasure Trove of History

The Vang gravesite is the largest Viking burial ground in Norway, and one of the most significant Iron Age sites in general. According to Visit Norway, the Vang site consists of 800 burial mounds that date back more than a millennium.

“The burial site at Vang is the second largest in Scandinavia from the pre-Christian era,” Visit Norway says.

The burial site was shared between 20 to 40 farms over a period spanning more than 700 years. Each farm was assigned its own part of the graveyard.

As we mentioned, it was a Viking custom to bury people with their valuables and tools. As such, the Vang site has been a treasure trove for archeologists.

Among the most significant findings at Vang is the grave of a woman who had been buried with a complete set of a warrior’s weapons. As the dead were laid to rest with objects they’d used in life, the find challenged the previously held belief of strictly gender-divided Viking social roles.

Other objects found at the site include swords, jewelry, clothing, and tools used in everyday life. Some of the items originate from the British Isles. This has caused archeologists to ask whether they got to Oppland through voluntary trade, or as a result of Viking raids.

Perhaps now that the badgers have opened more graves, the experts can check them for more objects that could shed light on the mysterious marauders.