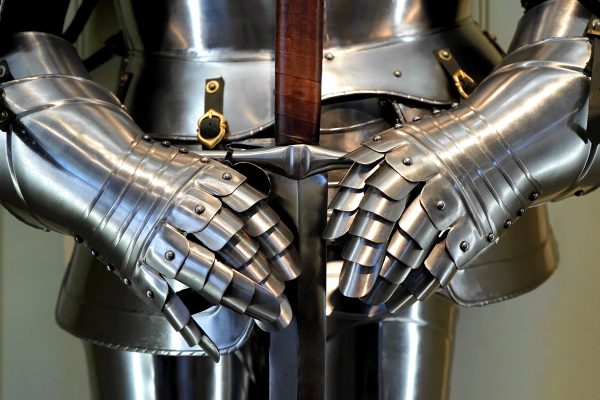 Crossbow assassination attempts and demands of trial by combat?  It seems the world has caught the Game of Thrones fever!

Crossbow Hunting is Back

44-year-old Toronto Canada woman was found shot in the chest with a crossbow arrow on April 15th. She is still, as of this article, in the hospital. She is getting treatment for the life-threatening injury.

On the fifteenth, a video was released to the public. It showed a potentially costumed man posed as a delivery man. When the woman opened the door, she and the man exchanged words.

After a minute of polite conversation, the victim was shot in the chest with a crossbow. The assailant had hidden the crossbow inside the delivery box.

Miraculously, she managed to shut the door and called the police before fainting from blood loss. The man ran after the door closed and got into a dark vehicle. Police ask for help and for you to call them if you recognize him. The footage from the street cameras can be found on YouTube.

Based on what the man said to the victim, the police and victim believe that “this was no random act,” as Heather Ramore, the Peel Region Police Superintendent, put it. The investigators declined to further offer details about the victim, likely due to policy or the victim’s wishes.

The victim did say that she didn’t know her assailant. Peel Regional Police Detective Sgt. Jim Kettles said that the woman will be “in a recovery phase for the rest of her life. The injuries that she sustained were absolutely devastating. It involved damage to a lot of her internal organs. She’ll be still undergoing medical treatment for her injuries. Her life will never be the same.”
The department hopes that someone recognizes the assailant, so they can bring the people to justices. She’s lucky she wasn’t sitting on the toilet, Tywin-style. What a crappy way to go!

I Demand a Trial By Combat

A 69-year-old man attempted to invoke “the right to trial by combat.” The court had asked the man to pay a £25/ $32.45 fine for minor motoring offenses.

Leon Humphrey is an unemployed mechanic. He was taken into court for refusing to pay the original £25/$32.45 and for failing to notify that DVLA that his Suzuki motorcycle was off the road.

He then pleaded not guilty and then threw down his challenge. Humphrey has remained adamant to his right for trial by combat. He said that he “was willing to fight a champion” put up by the DVLA, the Driver and Vehicle Licensing Agency, but it would have been a fight to the death.

Magistrates refused Humphreys offers to take on a Swansea clerk with “samurai swords, Ghurka knives or heavy hammers.” They then fined him with £200/59.67 with £100 /129.8 additional costs.

The reactions found on telegraph.co.uk were hilarious. On person wrote: “Apparently, he didn’t hear that King Tommen Baratheon has already banned trial by combat.” Another wrote: “Get the mountain on the phone.” Maybe litigation wouldn’t be so prevalent if we brought back duels and trial by combat…
Want to tell your strange story? Tell us about it and it could be featured on Oddee. You can remain fully anonymous.
Submit Story