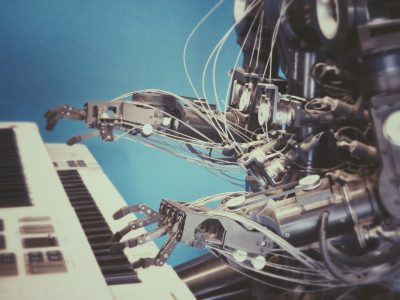 The 21st century has easily been the golden age for technology. The explosion of the internet, everybody owning a phone, smart voice assistants living in our kitchens, streaming services that turn homes into cinemas – the list is endless.

While the world’s population enjoy their busy lives, behind the scenes engineers and wizards continue to work tirelessly on new inventions. We often don’t see their faces, but they’re real people making real changes to keep civilization moving forward.

Now, a new era is upon us that is going to make old technology completely redundant and change people forever. Let’s look at some of the emerging technology that is slowly going to take center stage in the near future.

Major advances in electrical and computer engineering have enabled this to be achieved. Click here for more information.

Twenty years ago, if you told people that one day there would be self-driving vehicles, they would have thought you were out of your mind. Even today, they might think the same thing.

Some people simply don’t understand – or believe – that in the coming years, they might not have to physically drive to work anymore: their car will just do it for them. You’ll be able to jump in your car, strap yourself in, and browse Instagram on your journey there. Nuts, right?

Several car companies are working secretively to prepare a self-driving car for the public to buy, such as Tesla. Even Apple is interested in this.

It’s certainly going to be interesting, as convincing everyone that self-driving cars are safe could take some time.

But without a doubt, somewhere down the line, our normal cars will stop being produced as driverless cars take over.

The biggest concern won’t be buying gas; it will be what to watch on Netflix during your driverless journey.

Although it sounds like something out of Willy Wonka & The Chocolate Factory, 3D printed food might soon be a part of our lives.

3D printing has been around for a little while now, playing an active part in industries like construction. Forty years ago (in its early days), 3D printing was generally used to create prototypes – and still is to the present day. If an engineer has a cool idea, they can use a 3D printer to test it. However, as technology has progressed, 3D printing has dramatically improved!

Now, because of the huge range of materials that can be accurately 3D printed, 3D printers are used to create a lot of valuable components, such as parts for cars.

Other fun examples of this include 3D-printed bikinis, shoes, and jewelry. So, you might one day get married with a 3D printed ring – bizarre, isn’t it? You’ll probably even drive to the wedding in a 3D-printed car.

You, your friends, and your family can buy a 3D printer now, as there are some pretty great ones on the market for less than $250. Although these are the more basic printers, you can still print more things than you could think of, like Baby Yoda or a colorful stand for your phone.

Back to the important topic – food. Confectionaries, such as chocolates and sweets, have been 3D printed on a smaller scale for the past 15 years. Now there is major progress taking place, with actual meals being created, such as 3D-printed steaks.

Although technology and the world’s population aren’t quite ready for a 3D printer in their kitchen or local restaurants, the general belief is that it’s only a matter of time before our food is entirely 3D printed! It’s almost certain that one day you’ll be going into your kitchen to ask your 3D printer to make your evening meal, rather than spend 2 hours doing it yourself. With the click of a button, you’ll have a 3-course meal ready.

Everyone knows the feeling. You’re at home relaxing on the couch, browsing Instagram and Twitter on your phone – everything is good. Then it happens: Low battery. You need to go and charge your phone, and your charger is upstairs. Nightmare. Even worse, you don’t know where your charger is! It ruins all the fun you were having.

Thankfully, this should soon be a thing of the past because of one simple technology – wireless energy transfer, or wireless charging.

Now, it’s obvious what you’re thinking – ‘wireless charging already exists’. But this isn’t about the wireless charging where you place your phone on top of a power outlet without having to plug an annoying cable into your phone.

This is about the literal wireless transfer of energy to your phone, where you don’t have to move or do anything. Physical chargers will no longer be needed. Instead, your phone will be charged through electrical power in the air – not a cable. It’s crazy and sounds almost impossible. But the hopes of this happening are quickly growing.

Let’s go back to the couch scenario – but in the future. This time, when you need to charge your phone, you don’t need to go and look for your charger. You will simply have to click the charge button on your phone, the same way you connect to Wi-Fi, and boom. Your phone is being charged through electricity in the air, and you can carry on using it freely. R.I.P to traditional charging.

Although there’s still a long journey to go before this becomes a reality, the level that technology continues to advance means it should only be a few years before we start to experience this being introduced on a smaller scale – such as being able to charge your phone 5 meters away from a power source.

Watches used to just tell us the time; now we can make calls from them and browse social media.

Radios used to only be able to play certain stations; now we can interact with them with our voices and request our favorite songs to be played.

Clothes, unsurprisingly, are next – as they become ‘smart clothes’ driven by technology within them.

Our clothes are starting to come fitted with the latest tech that allows them to use Bluetooth and Wi-Fi. Companies are slowly introducing this new type of clothing – but soon, it will become entirely mainstream.

Here are some examples:

Although it’s quite funny to imagine, the future could see people covered head-to-toe in technology, from their socks to their ear-rings. Hopefully, the developers make everything waterproof.

Since the first iPhone in 2007, Apple has released a new iPhone nearly every year – building a large and dedicated fanbase along the way.

But a certain demographic of fans keep asking one question:

“When will get a foldable iPhone?”

You might be one of these people. If you think about it, phones have basically followed the same formula for years now. The only difference is they’ve kept getting bigger. It’s natural that people want something groundbreaking to happen in the phone industry again.

A foldable phone used to be something people could only dream about – but now a few companies, like Samsung, have started to release their own foldables.

However, the general feeling is that no company has yet done it right or set the market on fire with a truly impressive foldable phone.

It seems like Apple are secretively working away and will soon release their own foldable phone that could – potentially – change the phone industry forever.

Aside from the technology itself, imagine how satisfying it will be to fold your iPhone up like a piece of paper and place it in your pocket!

In recent times, people have truly started to care about hydration. The new craze is no longer soda – it’s back to the old days of water.

Now, people even care about the type of water they are drinking.

It’s become almost popular to post about drinking water on social media, letting your followers know how much you’ve been intaking. One of your friends is probably crazy about water – and reminds you to regularly drink it. This is great, as water is key to being healthy.

It’s not surprising that ‘smart water bottles’ have begun to enter the market. Sure, smart water bottles are nowhere near as impressive as self-driving cars and are likely to disappoint children if you get one as a Christmas present. But with their built-in technology, they are certainly going to improve everyone’s health.

The main feature and purpose of a smart water bottle is ‘hydration tracking’. This is where the water bottle connects to an app on your phone and keeps track of how much water you are drinking – and will even notify you if you’ve gone a couple of hours without drinking.

Let’s say you’ve gone 3 hours without hydrating. Your smart water bottle will be aware of this and will ping your phone to let you know.

Although they aren’t quite mainstream yet (you probably don’t know anyone who owns one), smart water bottles will soon become regular parts of people’s lives – leading to a happier and more productive world.