In Germany, one citizen’s sleuthing has helped solve a series of crimes that plagued the country’s capital Berlin. Only in this case, instead of money or jewels, the criminal was stealing shoes and wasn’t even a person.

An independent investigation by Christian Meyer, from the Zehlendorf neighborhood in southwestern Berlin, found that a local sly fox was behind the disappearance of more than 100 shoes that had puzzled the area’s residents.

Meyer began his dig into the case in late July when he noticed that someone had stolen a shoe from his porch. One half of his brand new, expensive pair of running shoes was nowhere to be found, said Deutsche Welle.

The nature of the crime puzzled Meyer. He could see why someone would steal nice shoes, but why only one of them?

He reached out on the German online neighborhood notice board Nebenan. There, Meyer found that he wasn’t the only one in the area whose shoes had been pilfered.

The culprit was still at large, though. That is, until one day Meyer completely by chance caught the criminal in the act. 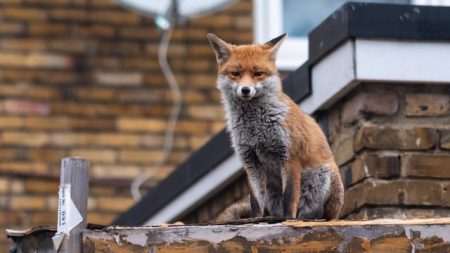 On a patch of vacant land, he saw a fox with a pair of blue sandals in its mouth. Meyer followed it into a thicket, and Livescience wrote that after an hour of crawling he came upon a treasure trove.

More than 100 shoes, mostly Crocs sandals, which the fox had neatly stashed away. Who knew a fox could have such a terrible taste in footwear?

The shoes had been gnawed on a bit, but were otherwise in fine condition. Most of the them have reportedly been returned to their rightful owners.

The German fox was a particularly prolific criminal, but he’s not alone in committing grand theft shoe. It appears that foxes all around the world have a penchant for pilfering footwear.

Just this past April, the residents of Fairfax City, VA, began losing their shoes, according to Patch. The disappearances resembled those that would a couple months later start taking place in Berlin.

Andrea Loewenwarter, a historic resources specialist at Historic Blenheim, got on the case after some of her son’s shoes went missing. Looking online, she found stories about foxes stealing shoes.

Indeed, the staff at Historic Blenheim found 12 shoes from four fox holes in the preserved estate’s land. They left the shoes out by a road with a notice of what was going on.

“I collected 12 shoes and also found my son’s sneaker. However, I could not find his heavy leather hiking boot,” said Loewenwarter.

In June 2018, police had to intervene to stop another wave of shoe-nappings in Japan. According to the Guardian, five cops held a six-hour stakeout starting midnight to find out who had stolen 40 pairs of sandals in the city of Nagaokakyo.

The officers spied a suspicious fox couple roaming the streets. Following the shady duo, they found all the missing shoes in their burrow in the yard of an empty house.

There are even more stories like these. In August 2013, The Guardian wrote about a London man’s ongoing struggle with foxes terrorizing his yard – including his shoes.

But all of these vulpine shoe thieves pale when compared to one that in the town of Foehren, Germany, in 2009. At the time, forest workers found a fox hole that contained more than 120 recently stolen shoes.

Just Trying to be Good Parents

But why on Earth are all these foxes stealing people’s shoes? Are we dealing with an international criminal organization for foxes, focused entirely on pilfering shoes? Or do foxes just have some weird thing for smelly shoes that we’d really rather not know more about?

Actually, it’s kind-of sort-of a case of the latter. Foxes like to chew on shoes for pretty much the same reason that dogs do – they like how they smell and taste. 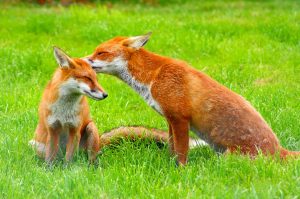 A lot of shoes contain leather, which is a yummy thing for foxes to chew on. You also shouldn’t underestimate the attractiveness of your… Foot juices, soaked into the shoes.

In particular, foxes that have recently had or are about to have litters are prone to stealing chewable things. They’re just trying to be good parents and bring their kits some toys to play with.

“The foxes could have been building a burrow to breed and collected the sandals out of their instinct to stock up on food and other items,” Kyoto Zoo’s chief Naoki Yamashita commented on the 2018 Japanese incident.

Indeed, a German policeman who investigated the gigantic shoe stash in 2009 concurs.

“It seems a vixen stole them for her cubs to play with,” he told Reuters.

But isn’t there anything to be done about such dastardly criminals, you may ask.

Yes, there is, actually. Just don’t leave your shoes outside if you share your living area with foxes.

Have foxes ever stolen anything from you? What about any other animals? Tell us your story in the comments!