There’s something about bad boys that you just can’t resist. At least if this creepy case is anything to go by.

At the center of the events is 21-year-old Cameron Herrin from Florida. After being sentenced to jail for vehicular homicide of a mother and her toddler, Herrin has developed an utterly bizarre social media following.

In 2018, then 18-year-old Herrin was a college student in Tampa. He also has a bit of a heavy foot, if his track record of “excessive speeding” is anything to go by.

But in May that year, his speeding habits turned fatal. In an apparent street race, Herrin crashed his brand-new black Ford Mustang — a high school graduation present — into Jessica Reisinger-Raubenolt, 24.

Reisinger-Raubenolt had been pushing her 20-month-old daughter Lillia across the road at a legal pedestrian crossing. The mother died on the spot, and Lillia succumbed to her injuries two days later.

Fast-forward to April 2021, and Herrin was sat at a Florida court, waiting his sentence for two counts of vehicular manslaughter. Considering his past speeding violations on top of the fatal accident, a judge slapped Herrin with a 24-year prison sentence.

And then things got weird. 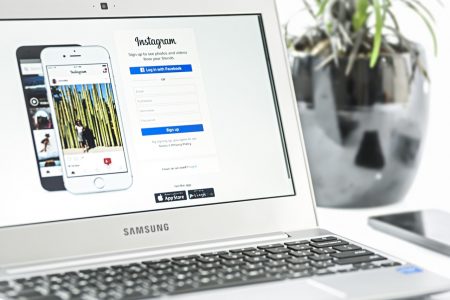 Herrin started serving his prison term in April. By last July, a horde of people on social media had apparently picked up his story.

Only, they weren’t condemning Herrin for his reckless disregard for traffic safety. Instead, they wanted him to walk free because he is “too cute” for jail, as one post reportedly put it.

We’re not talking about a couple of weirdoes, either. According to Tampa Bay Times, there are more than 100,000 Tweets mentioning Herrin by the end of July.

Twitter has suspended more than 900 accounts and removed more than 90,000 messages. The platform said the tweets violated its manipulation and spam policy.

But it’s not only on Twitter. TikTok videos about Herrin have been viewed more than 1.7 billion times, said Tampa Bay Times.

The comments on the videos include emojis of both hearts and broken hearts. Some had reportedly even drawn fan art of Herrin as an anime character.

Speaking of TikTok, a verified account under the name of Herrin had amassed more than two million followers in late July. Looking at the empty account today, though, that number has fallen to 1,347. Which is still a lot.

So, where did all these people come from? Is this some kind of a social media stunt Herrin has orchestrated to get out of jail?

According to his attorney, no.

“I want to make it clear, none of this activity originated with us. We don’t have the technical capability or the funding,” said Herrin’s lawyer John Fitzgibbons.

Maybe his family is behind it all? Again, no. Herrin’s mother says that she doesn’t comprehend the following his son has.

“It’s almost like an obsession, an unhealthy obsession,” she said.

But who are these people crushing on Herrin on the internet, then? Well, that’s the thing — they may not be real people.

Regular people might think Herrin has a veritable army backing him up. But experts who study social media (the poor souls) say there are remarkable similarities between Herrin’s followers and paid social media disinformation campaigns.

Shelby Grossman, from the Stanford Internet Observatory, said there are undoubtedly real people who think Herrin’s sentence was too harsh. But according to her, many of the more enamored posts resemble those shady Middle Eastern marketing firms use to spread whatever message they’re paid for.

Many of the messages indeed seem to originate from various countries in the Middle East. Plus, they’re written in a mix of Arabic and broken English.

Grossman also claims that many of the accounts supporting Herrin only popped up in July after a YouTube video about Herrin’s sentencing went viral. On top of that, many of the profile pictures on the accounts are seemingly created with artificial intelligence.

There are also websites dedicated to Herrin. Some of them are hosted in the Middle East, while others are located in China and Switzerland.

The fake posts seem to be focused mostly on Twitter. Experts who have looked at their TikTok equivalents say they are predominantly from actual real people.

Even more mysterious than Herrin’s possibly made-up followers is the social media campaign’s motive. What on Earth could someone try to achieve here?

Herrin has already been sentenced and no amount of tweeting and TikToking is going to change that. Maybe the masses of messages coming from the U.S. could have some weight in the case of a possible appeal, but posts from non-voting, non-U.S. citizens will carry no weight whatsoever.

Social media disinformation campaigns usually have some kind of a political or sketchy business goal. But what potential use could raving about a prison pretty boy have for those ends?

Don’t ask us, we don’t know. And apparently neither do the experts.