Popular media loves the portrayal of a criminal mastermind, and you can’t really fault them for that. There’s just something about watching a dastardly genius execute a meticulously crafted crime.

In real life, though, the situation is often the exact opposite. Most crooks seem to be actually downright terrible at what they do.

And that’s a double-whammy of good luck. The shopkeepers and homeowners get to keep their valuables, and we get to have a good chuckle at the expense of hapless criminals.

Here are 8 robbery and burglary attempts that are guaranteed to put a smile on your face. 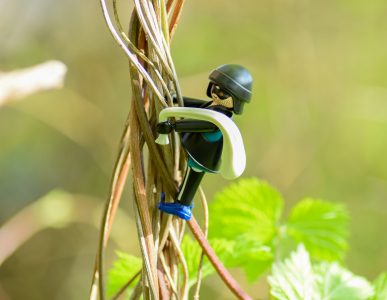 1) Robber Leaves His Gun Lying on A Counter

If you bring a gun to a robbery, you’d probably want to keep it ready to go. But nobody told this Kentucky criminal that.

In 2019, a masked man entered a hotel in Paducah and threatened the woman at the counter with a gun. He demanded the money from her cash register, and she delivered, throwing wads of cash onto the countertop.

The robber started picking up the money — after setting his gun down on the counter. The receptionist did the only reasonable thing and snatched the weapon for herself.

Faced with the now-armed woman, the robber promptly escaped. Cops identified and picked him up the following day.

You may remember this story from about a month ago. But it’s just so ridiculous that we had to include it on this list.

In March, a British man walked into a bank branch in St. Leonards, England. He handed the clerk at the counter a note informing them that he was there to rob the bank.

But the man’s handwriting was so atrocious that the clerk had no idea what the scribbles on the paper meant. When asked what he wanted, the man turned around and walked away.

He worked on his handwriting, though, and managed to carry out one successful robbery with the same tactic. But then he got arrested.

3) Thief Bring Phone Display Case Down on Himself

In 2019, a man tried to steal some cell phones from a Westland, Michigan, store. CCTV footage shows the audacious burglar enter the store and start grabbing multiple phones.

But then he grabs one that’s attached to a display case with a security wire. He gives it a good yank — and the entire display comes crashing down on the guy.

The impact knocked the thief down to the ground, though he managed to get up and continue his misguided burglary attempt. Really, go watch the video, we can’t do this justice with words.

Did you know that some cars have security cameras integrated into them? We didn’t, and neither did this crook.

A UK man was caught on film by a car camera after he broke into the vehicle. The footage shows the man rip out the sat-nav and take off.

But that wasn’t the only thing the camera saw. It also recorded the huge tattoo on the man’s neck, spelling out his last name and date of birth.

Yeah, the cops picked him up soon after.

5) Thieves Disguised Themselves with Permanent Marker

Any fledgling burglar knows that it’s a good idea to wear a mask. But this duo from Iowa apparently couldn’t afford face coverings.

Instead, they went for the next best thing, and colored their faces with black permanent marker. Suppose they thought it would work just the same.

Spoiler alert — it didn’t. The men broke into a home with security cameras and their marker-streaked faces were caught on film.

If anything, their bizarre attempt at disguise just made it easier for the cops to identify them. The local police chief said he could only assume his officers got a good laugh out of the arrest.

6) Man Used a Transparent Plastic Bag as a Mask

This criminal at least pulled something over his head when robbing a gaming parlor in Georgia in 2018. He threw a plastic wrapper used for water bottles over his head before the robbery.

Somebody probably should’ve told him that transparent plastic is… Well, transparent. Also, there were huge holes in the wrap, leaving his face plainly visible.

Yeah, the disguise didn’t do him much good.

7) Couple Busts Themselves with Selfies

In this case, the criminals actually managed to pull their robbery off. In 2015, an Ohio couple successfully robbed a bank, getting away with a thick stack of bills.

Unfortunately for them, they clearly weren’t the brightest bulbs in the box. A few of days later, the couple started posting selfies on Facebook, bragging with their newly acquired riches.

The cops naturally took notice and promptly arrested the man and woman. It didn’t help their case that the guy’s face was covered in distinctive tattoos.

8) Thief Gets Sprayed with Sprinklers

You don’t always need a cop to foil a thief. DIY methods can work perfectly well, with equally hilarious results.

In 2020, Katie Camarena from California saw her neighborhood fall victim to a theft spree. The criminals stole tools out of several of neighbors’ vehicles.

So, Camarena set up a little trap for them. She rigged a motion activated high-pressure sprinkler to the back of her truck.

The trap worked like a charm, and a would-be thief got a face full of water. And the best part is that Camarena caught it all on video.