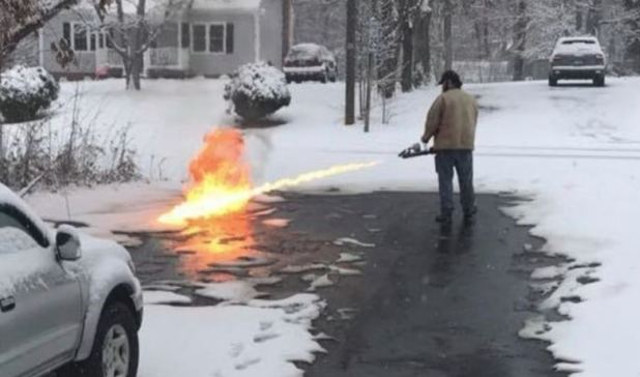 This is a short video of a Virginia man named Nathanael Caplinger using a flamethrower to melt the snow from his driveway.

Caplinger told ABC affiliate WSET he hates shoveling snow and saw an ad in a magazine about a blowtorch. So he bought it and cleared his driveway in seconds.

Fired up about snow removal. pic.twitter.com/fOrhVohCvE

If you’re in the market for a flamethrower of your own, Elon Musk is taking orders.