Edward Matthes, 51, has been sentenced to more than five years in federal prison after the $2.6 million investment scheme in which he defrauded 27 victims. He also stole money from his parents and to a cognitively disabled person.

Matthes, who is now in Milwaukee, pleaded guilty to three counts of wire fraud in November 2020.  The U.S. Department of Justice announced Matthes was sentenced to 63 months in prison on May 20th.

Matthes solicited people within his community for the funds, including family, friends, and community members. He coerced them to use his services as an independent broker-dealer for a Mutual of Omaha account.

Court records from 2013 to 2019 show Matthes persuading his mostly elderly clients to invest in fictitious Mutual of Omaha accounts, claiming that these accounts would perform better for them. Instead, Matthes took and kept the stole money for himself. 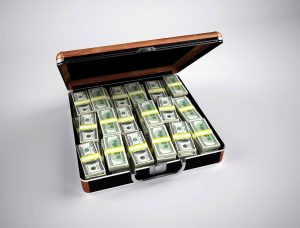 He put more than $2.6 million of his clients funds into his own bank account. He used the money to pay off his credit cards, mortgage, child support, his sons student loans, and home improvements and vacations.

The Department of Justice said Matthes told his clients their investments were performing well by showing them fake quarterly earnings for nonexistent accounts. Some of his clients became suspicious when Matthes failed to send them the required tax forms they needed.

Because of this, there was an internal investigation by Mutual of Omaha Investor Services and law enforcement. Several victims filed impact statements with the court before the sentencing took place.

Two victims even spoke, saying that Matthes betrayed their trust and caused them significant financial and emotional harm after the stole money came to light.

Matthes’ conduct was described by U.S. District Court Judge Brett Ludwig as “aggravated.” It’s been said that he “cultivated trust” and maintained a “veneer of friendship” with his victims, all the while stealing their retirement savings.

“Matthes betrayed the trust of family, friends, and others who simply were trying to invest their hard-earned savings to provide financial security for themselves in retirement. The Department of Justice is committed to working with our law enforcement partners to seek justice on behalf of victims of financial fraud,” said Acting U.S. Attorney Richard Frohling.

FBI Special Agent in Charge Robert Hughes commented that, “Most of his victims were elderly, and he spent years gaining their trust, only to wipe out a lifetime of their savings,” Hughes said. “I commend the tireless efforts of our special agents and law enforcement partners who worked jointly to bring this case to justice.”