Harold Stanley Kenderdine, 66, is facing animal sex charges for the incident, which was caught on video on July 14th.  According to State Trooper Joel Miles of Coudersport, Kenderdine’s wife, Sonja, warned her son, Nathan, and daughter-in-law Alexandra, that her husband — Nathan’s stepfather — had been seen going into their bedroom several times over the last month. Sonja suggested the couple, who lived with her and her husband, install a lock on their bedroom door.

After the warning, Alexandra set up a Blink indoor security camera in the couple’s bedroom on July 13th. The very next day while she was out, she began getting notifications from the security system that there was activity in the bedroom.

Kenderdine was caught walking into the bedroom about 11:15 a.m., then walking towards the bed where the couple’s calico cat, Callie, was sleeping. He put his hand on his crotch and picked up the cat. 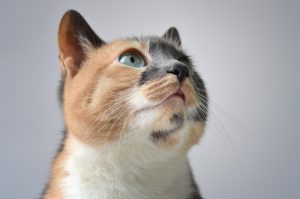 He grabbed the cat by its sides and them repeatedly thrust himself against the cat. You could see that his penis was outside of the zipper fly of his pants as he walked around the bed .

When asked about why he “has sex with the cat”, he played it off as ‘just a guy thing.’ However, he told the trooper that he did it to piss off his stepson and stepdaughter-in-law.

According to troopers, Alexandra had previously told them that she and her husband did not get along with Kenderdine.

Kenderdine said that the cat hair “felt good,” and ultimately reminded the trooper that he didn’t actually penetrate the cat. He apparently also said this was a stupid mistake and that he wishes he hadn’t done it.

He has been charged with having sexual intercourse with an animal and cruelty to animals. A preliminary hearing is scheduled for Tuesday at 10:30 a.m. in front of District Judge Kari McCleaft.