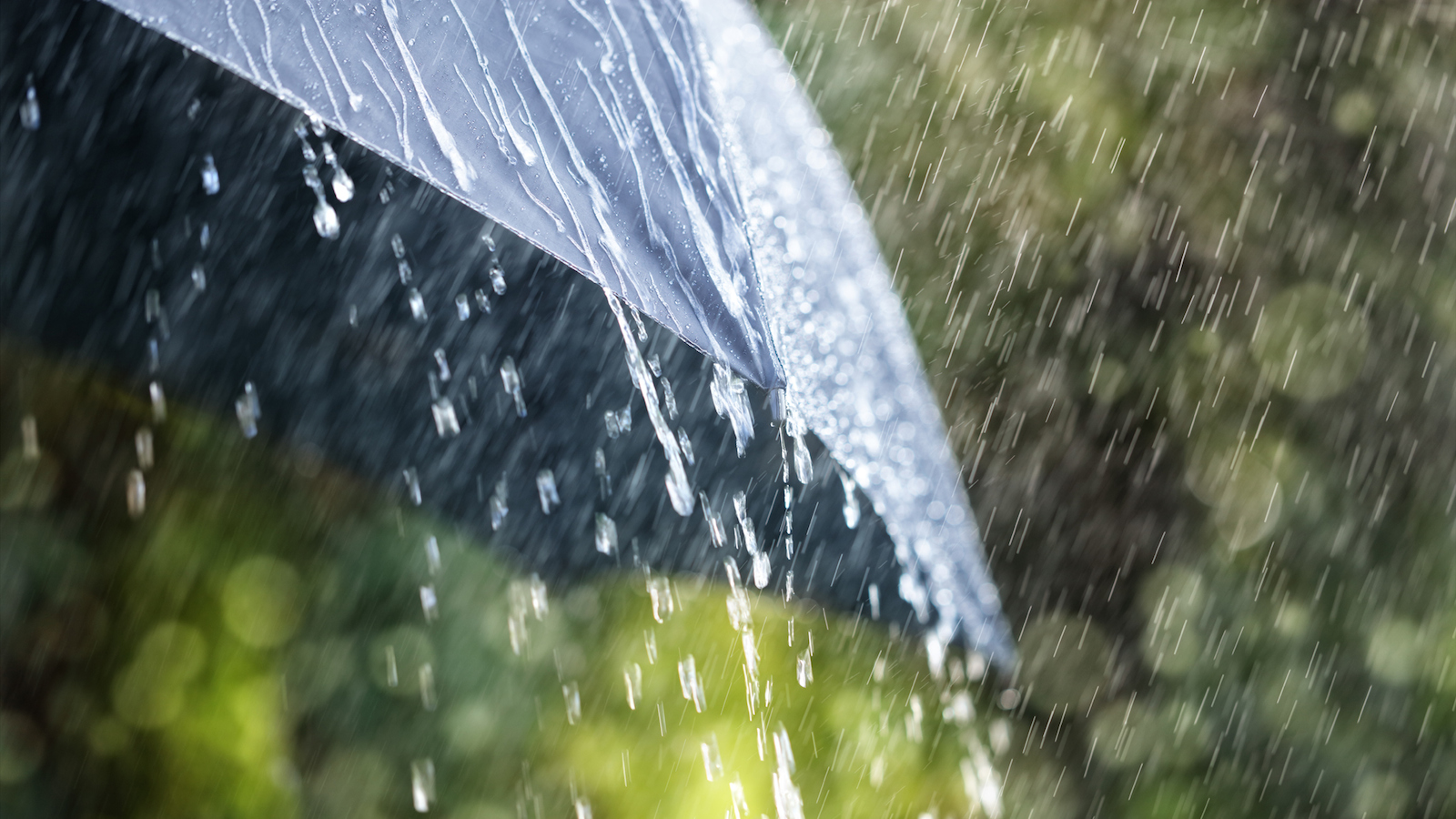 Rain. That liquidy stuff that keeps plants growing, ruins the car wash you just got and delays your flight. You probably don’t think too much about rain in your day-to-day life, unless it’s going to make your commute a messy trip or result in you not needing to water your own lawn.

But the next time you see water falling from the sky or curse yourself when you step into a puddle, be sure to remember some of these crazy facts about rain because these minuscule droplets are actually pretty fascinating.

You think you know what a raindrop looks like? Think again. A raindrop begins its life looking like a sphere in a cloud as a means of enabling the molecules in it to adhere to one another, but once it begins to descend it morphs into a shape that more closely resembles the top half of a hamburger bun. And now you’re hungry. Don’t deny it.

The Need for Speed

Raindrops change shape as they fall, in large part because of the speed they move. That, of course, begs the question: how fast do raindrops fall? Well, hold onto your hat because they can move as quickly as 20 miles per hour. It depends on the size of the raindrop, of course, so don’t call the cops asking to issue a speeding ticket anytime soon because they may also touch down at a snail-like two miles per hour.

Surely, you’ve endured deluges of rain before, but probably none like the one that fell on Foc-Foc, La Reunion Island in a 24-hour period between January 7-8, 1966. The island off the coast of Madagascar was hit with 72 inches during a cyclone, the most irrigation to fall in a one-day period in history.

Grab a wetsuit. Mawsynram, India is the wettest place on the planet with about 467 inches of rain each year, mostly because the Himalayas blocks the clouds in the region from moving elsewhere.

Quibdó, Colombia is the wettest city in the world, with 354 inches annually. It rains more than 300 days each year there, so we can only assume the umbrella industry is booming in that part of the world.

The phrase “heavy rain” may be an oxymoron since the average raindrop weighs 0.00705479 ounces. That’s less than an eyelash.

It’s not exactly Poland Spring or Evian, but you can drink rain. There is a caveat: don’t drink water if you’re near a power line or in a location where the water could get dirty as it falls from the sky. Boiling the water or filtering it will do wonders for the cleanliness of it, as well.

If you can drink rainwater, it probably helps to know what’s in it. Like anything else you may eat or drink, it has ingredients and while you may never pay attention to all the not-so-good stuff in your Mountain Dew, it may be wise to know what makes up rain. Bacteria, parasites, dust, dirt, smoke and other chemicals can all be in it, so make sure you think about that before opening your mouth, collecting some rain on your tongue and washing it down.

This isn’t some urban myth. Indian tribes did (and some still do) indeed perform dances in the hopes of helping their harvests.

And So It Begins

Who knew that rain is actually a sort of mixed drink? That’s because it starts out as snow, but melts into rain if the air is warm enough.

When rain hits the ground, it creates a scent. You know it, but probably have no idea that there is actually a term for it: petrichor, which, honestly, doesn’t sound nearly as lovely as the odor it gives off. In fact, petrichor sounds like a villain in the Marvel universe.

Rain is not unique to Earth. In fact, other planets may have us beat when it comes to exotic material to fall: diamonds, sulfuric acid and rocks – yes, rocks! – are some of the things that can come down, so just be thankful we only get water because your windshield would get destroyed if you ran out to get some milk during a storm on Jupiter.

Rain usually wreaks havoc on sports, altering the playing field and affecting the way athletes can perform. But there is some evidence that at least one sport came into existence because of rain. Okay, maybe darts is more of a game, but some historians believe it was created in England during medieval times because archers had to retreat indoors to a pub when their practice was interrupted by rain. They continued to hone their skills, except they condensed their arrows into darts, which they fired at a part of a tree trunk, which eventually became a dartboard.

We Don’t Need Any Rain

Like darts, the nursery rhyme “Rain Rain Go Away” owes it creation to England. In the 16th century, the country was at odds with Spain, whose armada failed in its invasion of Britain in 1588, partly because of the rough rainy weather at sea, thus leading to the infamous poem.

You’ve probably heard of a rainmaker, but there actually was a self-proclaimed one who promised the people of San Diego that he could make it rain during a drought in 1915. Charles Hatfield sent a collection of chemicals into the air. We don’t know what was in it, but it rained for a month straight and as many as 50 people died as a result. Hartfield’s antics became the basis for the Burt Lancaster flick, “The Rainmaker.”

Thunderstorms are about as common as a heartbroken woman looking at a rain-streaked window after she breaks up with her boyfriend in a Lifetime movie. There are 16 million thunderstorms each year around the globe and 2,000 happening at any moment.

Not all rain hits the ground. Sometimes, it evaporates before it ever touches down. That’s called phantom rain.