How much do you love Mexican food? Tacos, burritos, beans and rice, yum!

And you figure, Mexican restaurants, street food, and home-cooked meals are some of the best food you can get. And  the people love it.

So if you make Mexican food and sell it, well, you’re in the money! Or at least if you do it legally. Because the thing is, if you steal Mexican food to sell it, it’s bound not to work out in your favor.

This is what happened with Gilberto Escamilla. He’s 53 years old and lived in Texas. He was working as a public servant and stealing fajitas so that he could sell them. And this is his story.

Escamilla was working at Darrel B. Hester Juvenile Detention Center in San Benito, TX. It wasn’t until August 2017 that it was discovered he was placing orders for fajitas with county money, and selling the on the side to make money for himself. 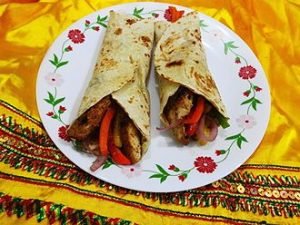 He stole over $1.2 million in fajitas.

Escamilla was sentenced with a $10,000 fine on top of the $1,251,578.72 he was forced to pay back for the cost of the fajitas. Escamilla was found out late summer last year because a driver had phoned the center about an incoming order of 800 pounds of fajitas.

After the arrest, police found packages of the fajitas in his refrigerator.  He said, “It was selfish. It started small and got bigger and out of control. It got to the point where I couldn’t control it anymore.”

Moral of the story? Don’t steal.