A curious Canadian mouse was caught chomping down cannabis, that is, before he was caught napping, also known as passed out. The mouse was found pinching leaves out back a house in New Brunswick, Canada, two days in a row last week.

Colin Sullivan, the owner of said plants was the one who saw the rodent enjoying his harvest. He caught four images of the mouse nibbling the stem of the plant leaves before seeing the substance really take effect in the animal.

Soon after, the rodent lay in a pile of leaves, clearly passed out. Sullivan helped him into a cage where he started him on a 12 step program to keep him away from the plants so he could get the animal back on its feet. Yes, this is a true story. 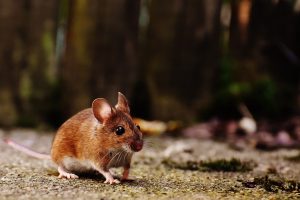 After six days, Sullivan released the animal back into the wild. He posted about his find on Facebook Tuesday and said, ‘For two days in a row I’ve caught this little pothead taking leaves off of my plant and eating them until he passes out.’

‘He’s missing an ear so it may be self medication for his PTSD but I still think it’s time for an intervention. ‘I’ll let him sleep this one off but when he wakes up he’s getting a real stern talking to.’

He posted an update two days later, with a photo of the mouse in the cage. He wrote, ‘So it’s been a couple of rough days for our little baked buddy here and despite a belly ache and a wicked bad case of the munchies I think he’ll make a full recovery.’

Sullivan’s posts received over 12,000 likes and thousands of comments. The people are here for it.