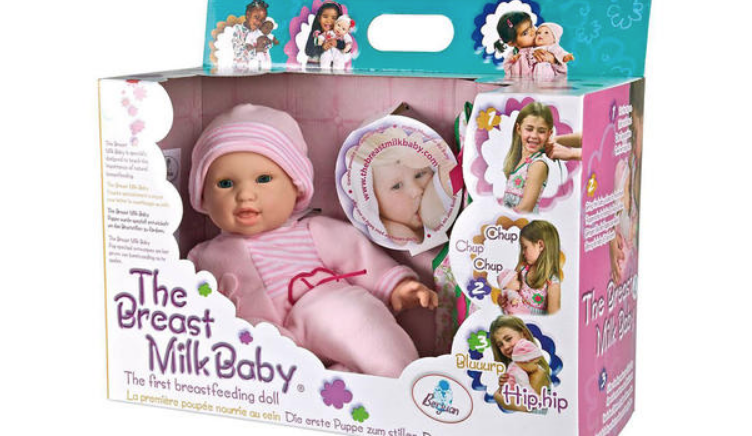 When it comes to kids, the crazier the better. They like loud and sometimes lewd and crude. These toys are not only disgusting, some of them are downright vulgar while others are decidedly dangerous.

Yes, you read that right. Just in case your child picks “Pole Dancer” as their career choice at school, there’s a doll for that. This toy is clearly disgusting and disturbing all at the same time. Complete with pole, a disco ball at the top and a glittery pink and gold stage down below, this doll has it all. Luckily, having it all does include clothes, however, this dancer is sans shoes.  Pole dancer doll dons a sparkly green glitter dress. This toy is no hoax and is thought to be from Asia or China.

Practicing for motherhood or just plain creepy? The opinions are mixed and no one can seem to agree on what to think of it all. These babies make a suckling noise when they come close to the nipple area of a shirt. The doll comes with a little top the little girls can wear, including petal-like appliques where the nipples would be. This is where the sensors are so that the baby makes the sucking sound when it feeds, well, from the petal nipples at least. The baby burps and cries, too, without contact and for an all-around real feel. 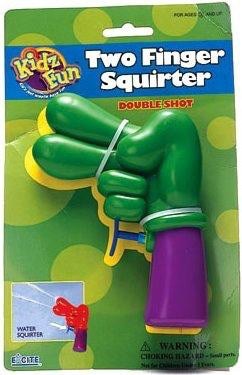 This squirt gun is just that, a water gun shaped with two fingers pointing like it’s a gun. The problem is that, at first glance and without the packaging, this gun looks inappropriately similar to something else. To parents, or let’s face it, anyone over the age of 12, this toy is suggestive, bordering on offensive. But to kids, who want to play and throw two fingers up to shot someone, it’s just an old past time, in a weirdly marketed “double shot” toy.

The premise of Breaking Bad focuses on a high school teacher that cooks and deals meth to pay off his medical bills. It’s one thing to have a hit TV show based on such topics, but to make kids toys from it? That’s just downright disturbing. Not only is this toy based off the show, but it comes complete with detachable bags of meth and money. You know, just in case you want your kid to have the full-on drug deal experience. 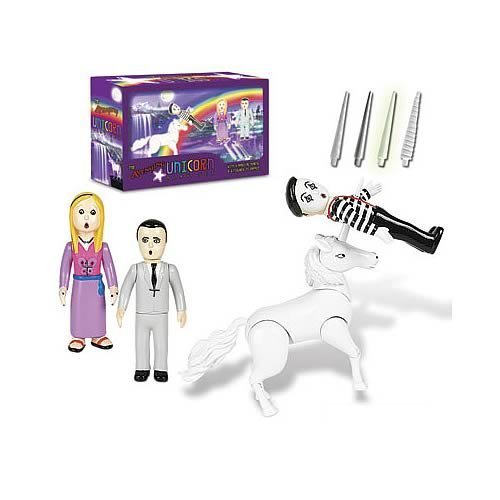 Unicorns are known as mythical creatures of fairy tales and dreams. But not this unicorn. Nope. This avenging unicorn impales its enemies with its horns. The toy features 4 horns and 3 figures to give its enemies a good stabbing. 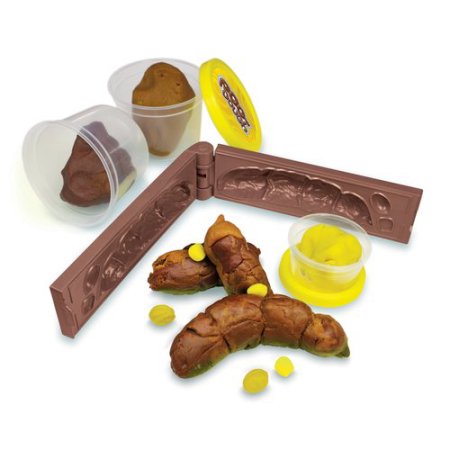 Because what kid doesn’t love poo, though? This playdough, rightly dubbed, poo dough, is just that, poop made from playdough. The set comes with two different shades of brown, and even some yellow to add in a “corn” effect. Oh and don’t forget the poo mold, to of course craft your perfect-looking poop. 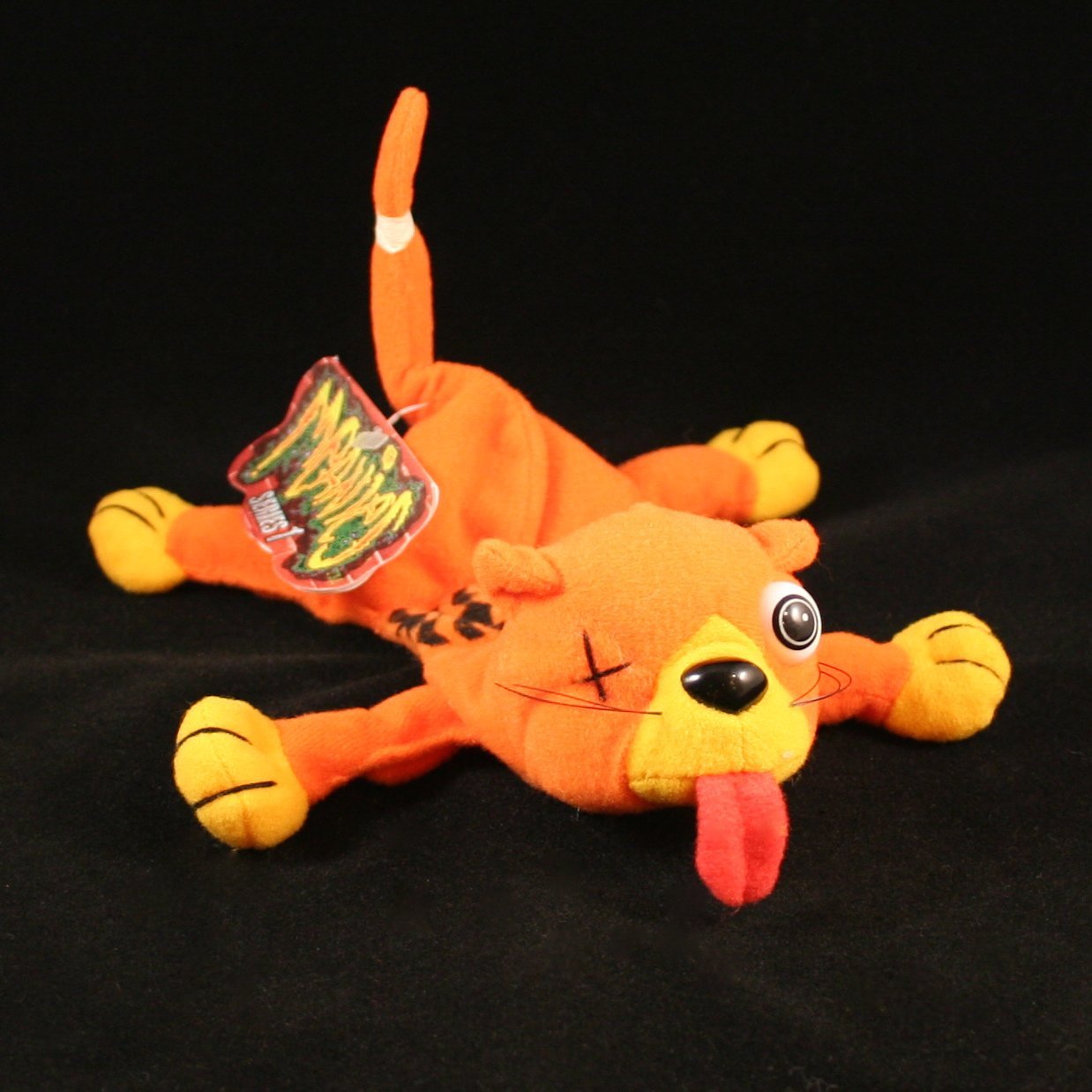 Kids love cuddly soft animals they can squeeze, sleep with and pet, don’t they? What about this cat, though? Roadkill cat comes as if it were run over. With bloody innards pouring out of of its torso and tire marks, it’s clearly the picture purr-fect image of a cat and a car going head to head. Too far? The most disturbing part on the whole has got to be the picture of the smiling child on the package. Like, what’s to smile about kid?

So you’re out and about and your child has to use the bathroom. No biggie, just pull out your pee cup. That’s right, it’s a portable emergency urinal for when your child has to pee and there’s no bathroom in site. Nevermind that you just instruct your child to place his privates into the trunk of the unsuspecting elephant, eyes wide open and smiling. Add that to the fact that this pee cup is a striking resemblance to a child’s sippy cup and who knows what could come of it. Oh, and the worst, most disturbing part of it all? Parents rave about this product on Amazon. *Cringe*

This marvel of the 90s was a Cabbage Patch doll with a mechanical jaw that eats fries, carrots or anything small and thin enough to fit into its mouth (and backpack.) But Mattel pulled the dolls off the shelf after the Christmas of 1996 and gave refunds to purchasers after the cannibalism started. That’s right, the dolls have a love for little girls hair. And because the doll “ate” and pulled through anything placed near its mouth, this meant almost any appendage could become victims of this cannibalistic toy.

If it’s the Pole Dancer or Breaking Bad Doll that’s ranked worst on your list, than this much is true. These toys are awful but chances are the worst has yet to come.