Every country, no matter how small or rarely visited, has one place, that it’s known for. This place has a magnetism and everyone who visits the country knows it’s a must-see. Here are the weird, random and awesome top travel attractions for countries you never knew you had to go to.

The top attraction in South Africa is the AfriSki Mountain Resort. This area has an abundance of culture and beauty and boasts a 3222 above sea level elevation. During the warmer months you can bike, run, hike or fly fish. And when the season turns cold and the fireplaces get hot, the ski slopes will begin to call your name.

This high-adrenaline fun “park” is technically in Saint Lucia, just north of Saint Vincent & The Grenadines. This world-class zip line offers the highest, fastest, and longest ziplines. You can also kayak, cycle, or drive a dune buggy. Whatever your preference, adventure awaits.

The Nylon Pool of Trinidad & Tobago

Named “Nylon Pool” because of its resemblance to an actual pool, you can only access this area by boat. This metre-deep, crystal clear pool has a sandy bottom and is in the middle of the sea. It was created by an offshore sandbar and a lagoon. You can see the deep ocean on one side and palm-fringed beaches on the other side. Classic.

To Sua Ocean Trench in Samoa

Thought of as one of the most magical pools in the world, this attraction is located on the main south coast road. This site features ancient lava tube caves, one with water and one without. The swimming hole has stunning turquoise water and can only be accessed by a ladder. The sites are truly spectacular with lush gardens, cliff top views, blowholes, sea arches and rock pools.

This metro is the most widely used rapid railway in the world. There are 10 subway lines that serve over 10 million people in Seoul and the outlying areas of Gyeonggi, Incheon and northern Chungnam. This subway system is 70% underwater and has 291 stations. Not only that, but it’s 287 km (174.9 miles) long. 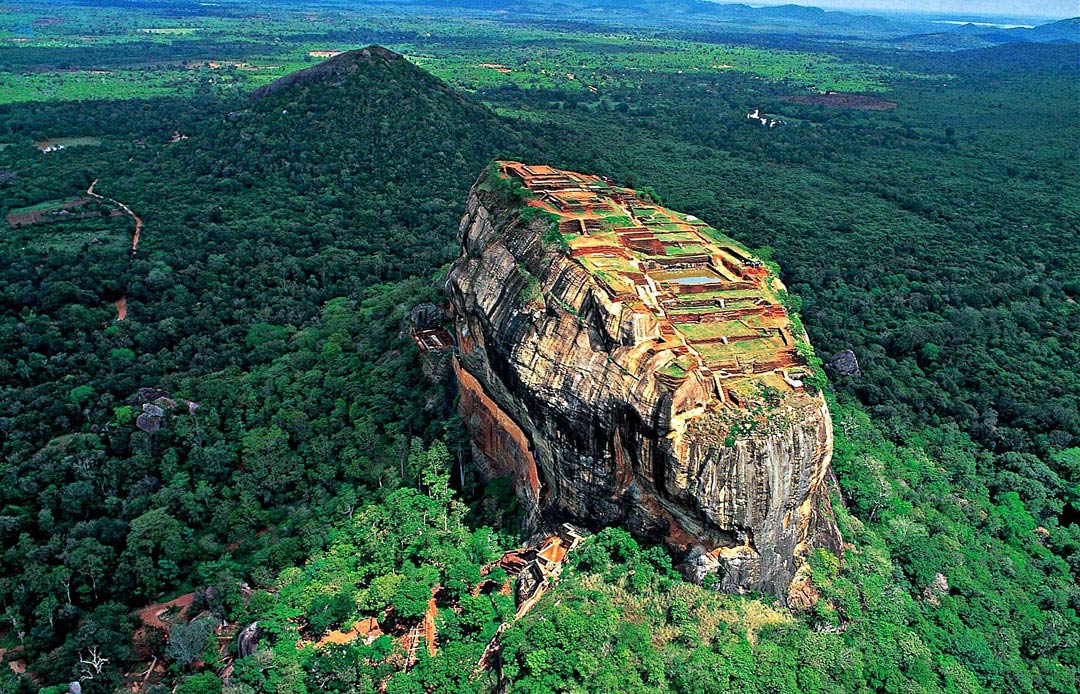 Named Sigiriya or Sinhagiri (Lion Rock) this ancient rock fortress is located in the town of Dambulla, in the central Province in Sri Lanka.  This massive column of rock is nearly 200 metres high and as the story goes, this site was selected by King Kasyapa for his new capital. His palace was built on top of the rock and he decorated the sides with colourful frescoes. About half way up the side, he built a gateway in the form of a gigantic lion. This was how he named his palace. But after he died, the royal palace was abandoned. See it today to view one of the best-preserved examples of ancient urban planning.

Another name is the Darvaza Gas crater, a natural gas field that collapsed into an underground cavern, therefore becoming a natural gas crater. In 1971, it was intentionally set on fire to prevent the spread of methane gas and has been continuously burning since then.

The drier months of the year cause the Zabezi River level to drop, so substantially, that you can walk along the lip of the falls, but only from the Zambian side. Thousands of years of erosion have created rock pools to form and this one has formed right on the edge of the falls and is now the ultimate of infinity pools.

This heavily visited beach has crystal clear water and golden sand. It’s so popular that it was voted the third best beach in Europe. The key is to visit in the offseason, according to some. The busiest time brings the most people and lots of garbage and debris. But there is a coffee shop for food and drink and if you’re up for it, there are water sports like skiing, windsurfing and parasailing, to name a few.

The El Jem Amphitheatre of Tunisia

This oval amphitheater is in the Roman City of Thysdrus and has been listed as a World Heritage Site since 1979. It was built around 238 AD and is still one of the best preserved Roman stone ruins in the world.

As the largest resort in the Pyrenees, this is a mountainous paradise. It’s become so popular, it’s one of the world’s 30 largest ski resorts. Three resorts came together to create it including Soldeu, El Tarter, and Pas de la Casa. The speed and capacity are matched by less than a dozen resorts, worldwide.

The Geiranger Fjord of Norway

Of course, Norway’s top attraction is a majestic, amazing fjord. Anyone who has been to Norway knows how amazing these sites are and how much Norwegians love their hiking. (And Fjords.) Here you can view the waterfalls on any of the site-seeing trips. There is also hiking to be done, along with kayaking, fishing, rafting and cycling. 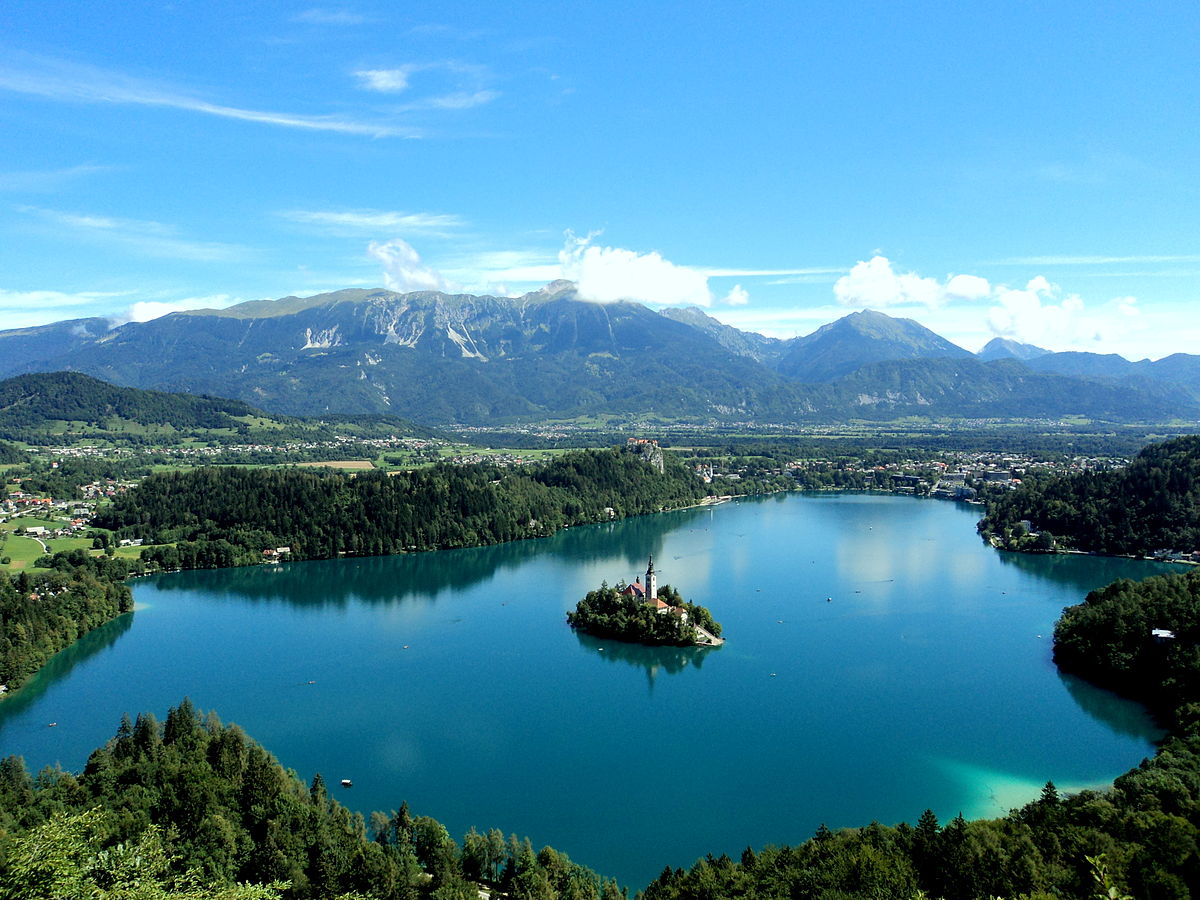 This lake is of mixed origin, both glacial and tectonic. In the picturesque surroundings of mountains and forests, it’s the largest tourist destination in Germany. If you look to the north shore, you will see the Medieval Bled Castle. Also, the World Rowing Championships were held at Lake Bled in 1966, 1979, 1989, and 2011.

The Walls of Dubrovnik are defensive stone walls in southern Croatia. They have had additions and modifications throughout their history but are considered the great fortifications systems of the Middle Ages. These walls were never breached by the hostile army during the Middle Ages.

This museum has the only fully preserved seventeenth-century ship in the world. The ship is almost all original at 95% and decorated with hundreds of carved sculptures.  The Vasa sank during its maiden voyage in the middle of Stolkholm and wasn’t salvaged until 333 years later. The Vasa Museum is the most visited museum in Scandinavia, with over one million visitors a year.

Travel lovers and history buffs alike will get all they wanted and more with these sites and experiences. And, if it’s adventure you seek, there’s some of that, too.