We all know, when you have to go, you have to go. But you should probably do everything possible to not go in someone’s garden, especially if you’re out on a work delivery.
This man though, he didn’t get the memo. Or maybe he had a turtle situation, and he really just couldn’t hold it anymore.
This Amazon delivery driver was stripped of his delivery duties after it was alleged that he pooped in a Nottinghamshire woman’s back garden. Sharon Smith, Nuthall, was cooking in her kitchen when she saw the van pull up outside and a man ran into her garden.
Smith thought that he could be stealing wood from her property, so she followed him. What she saw wasn’t what she thought, the man was pooping in her garden.
Smith confronted the man and asked him to leave, before she called the police. She said that the man was an Amazon driver who went on the deliver something to one of her neighbors.
The driver claims that he didn’t know the grounds were part of a private garden. Smith said, “I cannot express how shocked I was, I could not believe what I was seeing in this day and age.”
“When he pulled up and ran to the garden, I thought he was a builder stealing 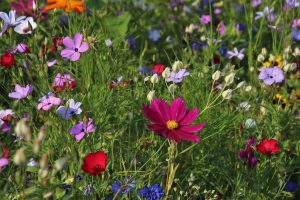 wood or something so I chased after him.”
“I asked what the heck he was doing and he just remained pooing whilst asking me what my problem was – the cheek of it.”
“He messed with the wrong woman – I’m a blue belt in taekwondo, and the anger and rage he saw was enough to put the fear of God in him.”
“I made it clear I was calling the police and if he moved he’d regret it. He emerged from the bush quite aggressive but I was angrier than him so kept him there till my husband and then the police arrived.”
“He actually delivered the parcel to someone on my street afterwards so could have left traces of excrement on it.”
“To openly take a poo, that’s just not the done thing. I even asked him – well, screamed at him – if he thought that was acceptable and he just said that he needed to go.”
“I think the bigger problem is what Amazon expect their drivers to do for toilet breaks as people will be reluctant to let them use their toilet due to Covid.”
Amazon has removed the man from duties while the look into what happened, but a spokesperson did say that, “This does not reflect the high standards we have for our delivery partners.”