A snow leopard from the Louisville Zoo has tested positive for the coronavirus that causes COVID-19 in humans, and two others may be infected as well. Neecee, a 5-year-old snow leopard, was tested and when the zoo found out the results on Friday, they announced it.

The two additional snow leopards have been tested as well and the zoo is awaiting the results for both of those cats. They are both male, and along with the positive case, the cats have only been experiencing mild symptoms thus far.

“The three snow leopards began exhibiting minor respiratory symptoms, including an occasional dry cough or wheeze, within the last two weeks. It is suspected that NeeCee acquired the infection from an asymptomatic staff member, despite precautions by the Zoo.”

It was reported that the snow leopards are “not lethargic, and they don’t miss a meal,” according to senior staff veterinarian Zoli Gyimesi. The staff that works directly with the animals are all decked out in PPE (personal protective equipment,) and undergo temperature checks and a series of questions daily. 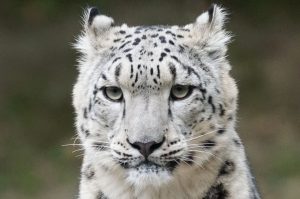 “We continue to take these precautions and do everything that we can to keep our guests and animals safe,” zoo Director John Walczak said.

Zoo officials have said that the latest information available suggests that the risk of infect animals spreading the virus to humans is low. As of now, the snow leopards have been separated.

The animals have been pulled out of the exhibit while NeeCee recovers, and until the others get their tests back. Domestic cats, dogs and mink have also been infected with the virus.