There are children in the world right now who’ve never had a chance to know their father. And it’s not because they had a deadbeat dad.

It’s because their father died before the child was ever conceived.

Thanks to modern medical technology, it’s possible for dead men to become fathers after they’ve left this mortal coil. Although the procedure is rare, it is growing in popularity — particularly among the world’s militaries.

But while post-mortem sperm extraction — as the method is called — allows men to continue their legacy from the grave, it’s also raising some legal questions. Most courts haven’t prepared for them, so some children and mothers around the world are now stuck in an unprecedented legal situation. 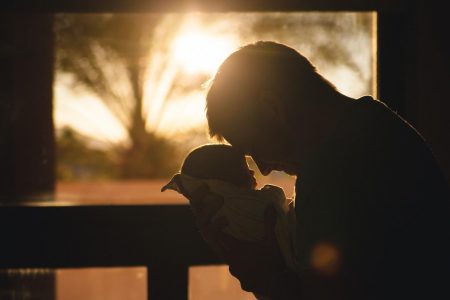 But how does a man become a father after death? Well, biologically, it’s not that difficult.

After all, death is not a simple matter. When we kick the bucket, our bodies don’t just suddenly collapse into a pile of dead matter.

Naturally, the cause of death will affect it, but different organs and body parts shut down at different rates following death. Supposing that the man didn’t pass away from some kind of massive genital trauma, his sperm cells can continue to live and be functional for up to three days.

But how do doctors get their hands on those sperm cells? There’s no standardized procedure for extracting them and methods can vary.

One way to extract the sperm is to use electric shocks to force the deceased man to ejaculate. That sounds a bit iffy, but if it’s the only way…

But it’s not. In another — perhaps a bit more dignified — procedure, a surgeon makes an incision to the dead man’s testicle to retrieve his sperm.

After extracting the sperm, the whole procedure becomes much easier. Doctors can simply freeze the sperm in the same way they would any donated male goo.

The sperm then waits in deep freeze until everyone involved is ready to use it.

But that’s where the ethical and legal questions start rearing their heads. When are we ready to use the sperm?

Post-mortem fatherhood isn’t exactly a new phenomenon. The first child conceived with a dead man’s sperm was born in 1999, so we’ve had the technology for nearly 25 years.

Despite that, there are only a few dozen children in the world whose fathers were dead before their conception. The reason is that it’s far from clear when it’s legally and morally responsible to turn a dead man into a father.

Things are fairly straightforward if the man left behind a testament clearly stating his desire to have a posthumous baby. But how many men are including that kind of a clause in their last wills?

Not many. And therein lies the problem — who’s to decide if it’s alright to put the frozen sperm into use?

Beyond that question, there are also some legal matters relating to the rights of the mother and the child. For example, let’s say that a woman conceived a child with her dead husband’s semen.

Is she now entitled to social security benefits that widowed mothers would get, for example? After all, she wasn’t a mother when she became a widow.

Different governments around the world have taken different stances on the issue. Some would rather not deal with it at all — post-mortem sperm extraction is illegal in Germany, Italy, and Sweden, among others.

In the U.S., regulations vary by state, but the procedure is mostly reserved for widows who can prove their husbands wanted to have children even if they died. The American Society for Reproductive Medicine has guidelines that require a one-year waiting period before a dead man’s sperm can be used.

But in other places, like Israel, lawmakers are working to get the rules for post-mortem conception into the law books. Israel has so far allowed the dead man’s parents to make the call about what happens with their son’s sperm, but that has introduced some issues.

For example, in one case, a couple wanted their dead son’s widow to use his sperm to have a child. Although the woman seemed to be on board, she later changed her mind and remarried.

At the same time, she forbade the parents from doing anything with her ex-husband’s sperm, arguing that he wouldn’t want children with anyone but her. In 2017, the Israeli supreme court agreed with the widow.

“Unfortunately, I could not find a legal way to approve the use of the deceased’s sperm without the consent of the person who was his wife at the time of his death,” Justice Esther Hayut said at the time.

Now, Israel’s parliament is trying to push through a law that would require conscripts to the army to tick a box on whether or not their sperm can be used posthumously. At least they’re asking.