What happens when you realize that you “grew up” eating poverty foods? At that point, you really just accept that you grew up a little poor, or that you don’t need the more expensive things in life.

These may have been poor people food, but for me, half of them are still my favorites. Did you eat any of these foods growing up?

Yes! This was always a midwestern staple I thought, but it turns out it’s poverty food as well. Who knew? People love breakfast for dinner. Pancakes, and sausages, bacon, eggs and toast, what could be better? Get fancy and have a pancake bar, or do french toast with chocolate dipping sauce. If breakfast for dinner is for poor people, then we’re here for it. 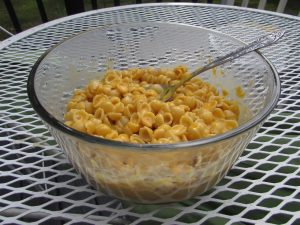 She livened it up with a scrambled egg and fed it to us when we were sick. Ramen was the soup of choice, and it was cheap, cheap, cheap. A package of ramen sold for about 10 cents when I was growing up and it fed poor college students and poor families alike. Ramen is still a staple for college students or people on a budget though it costs more like 13 cents a package these days. Fun fact about an all ramen diet? (Yup, zero to one hundred with this one.) If you ate ramen, three times a day for a year, you would only spend $142.65 on food. But would that be healthy my boyfriend asks me? Ha. 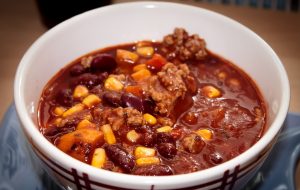 This would be anything like your Hamburger/Chicken/Tuna Helper, any kind of all in one philosophy. All you need is a pound of cooked chicken or hamburger, or a couple of cans of tuna and a box of the “helper” and you’ve got dinner in less than 30 minutes. There’s also the combining of the canned meals and the boxed meals, such as a can of chili with a box of mac and cheese. Classic. Or you could do one of the helpers with a can of mixed vegetables or green beans. The combos are endless when it comes to this and you can find a ton of boxed and canned options on the cheap. 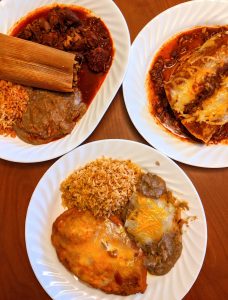 The best thing about beans and rice is that it’s a great base for so many things. Want to go Mexican? Add some cheese and cumin or taco seasoning. Want to go Cajun with it? Add sausage, onions, peppers, Cajun seasoning and some heat. You could even add add a bunch of vegetables and throw it into a pan and make a minestrone with rice. No matter what you do with it, rice and beans is filling, pretty healthy, and will def feed a lot of people once, or a few people, several times. What a great poverty food. 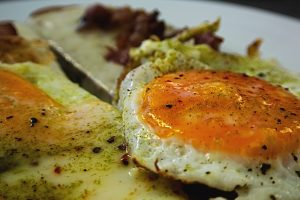 I get it, but I don’t get it. I mean who doesn’t love a fried egg sandwich? What about egg salad, or yum, how about deviled eggs? The thing is, eggs are generally pretty cheap, they are full of protein and therefore pretty healthy for you and filling as well. They are really a powerhouse food. An egg sandwich is considered cheap for a sandwich substitute that would otherwise be made with cold cuts. If you like eggs, eat up. And if you didn’t grow up with this so-called poverty food then know that it is pretty delicious and also nutritious, so try one!

Hands down my favorite poverty food is boxed mac and cheese, add hotdogs. How about you?