Car ownership entails several rules and responsibilities, but there are also many joys to be had. One of those joys is that of modification and customization, but even car modification has its rules and laws. There are many possibilities when it comes to modifying your car, but there are also many mods that are as impractical as they are silly. Some mods are backed by science and engineering while others gain their demand from nothing more than hype. 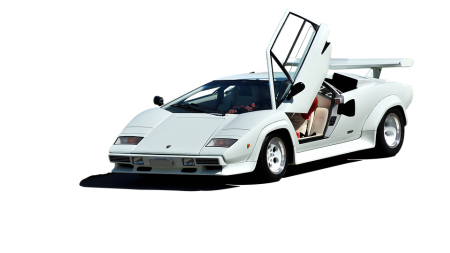 The following list contains some prime examples of the latter. You should avoid these mods, as they aren’t just a waste of money; some of them could even cause accidents, according to this St. Petersburg car accident lawyer.

A Turbonator is a tiny 12-volt fan that you can install inside your car’s intake manifold. The tiny fan forces more air into your engine’s intake, which increases the pressure in your combustion chamber. The more air in your engine, the greater the combustion when the air and fuel are ignited. A greater combustion directly translates to a boost in horsepower and an improvement in fuel economy; all this, for just $25.

Or so they say.

There’s a good reason why Lamborghinis have scissor-type doors to begin with. These cars are very wide, and they also have a severely limited view of the rear. Scissor doors made it so that owners could still enter and exit the vehicle, even when its width takes up the space where normal outward-swinging doors would. In addition to this, these doors are designed for Lambos, which stay really low to the ground. Installing these doors on anything besides a Lambo is not only impractical and expensive, but it may even keep you from using your doors in areas with a low ground clearance.

Fuel line magnets are essentially a solution that’s seeking a problem. Fuel line magnets are meant to filter your fuel injectors from contaminations in the fuel by magnetizing the contaminants before they get mixed in your fuel. Cleaner fuel yields a cleaner burn, which translates to an increase in power output.

The truth is that major fuel producers already use hundreds of filters to ensure that fuel contaminants are minimal, if not completely absent. There’s literally no reason to install fuel line magnets because fuel manufacturers have far better filters, and hundreds of them at that.

Static-grounding straps are rubber straps that are attached to the rear bumper or rear end of the chassis. These straps drag behind the car and are meant to discharge any static electricity that the car might still hold. The truth is that a static discharge probably isn’t going to affect you in the slightest. In fact, the only reason you might need to be wary of a static discharge is if you’re driving a truck through a fuel refinery. For everyone else, a static shock is negligible, if even noticeable to begin with.

As weird as these mods may seem, what’s more strange is the fact that there’s a good number of people who actually buy these modifications. By avoiding these items, you’re also avoiding potential damage to your vehicle.