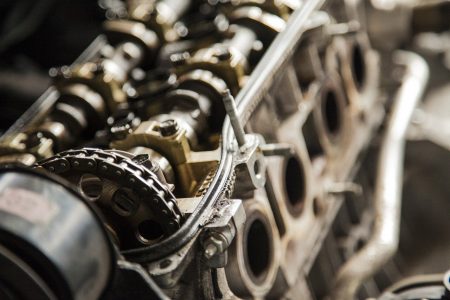 Fuel injectors are one of the most important components of a car engine. They are the device that delivers fuel to the engine – without which it wouldn’t work.

Most people may be unaware of this, but cars did not always have fuel injectors. 1990 spelled the end of the road for carburetors, which were until then the predecessors of fuel injectors. Carburetors worked by delivering fuel to the engine in proportion with the air intake; this made it quite inefficient.

Although fuel injectors have been around since the 1880s, the complexities associated with it meant that it wasn’t economically viable till the 1970s. This was due to the invention of the first electronic invention systems that had throttle-body injectors. That innovation paved the way for fuel injectors to be used in gasoline-run engines. Prior to that, fuel injection was exclusive to diesel engines.

Fuel Injectors ended up replacing carburetors for two significant reasons: fuel economy and engine performance. Fuel Injectors are more precisely controlled than carburetors, so they use less fuel and give off fewer emissions. The only downside to injectors is that they are more challenging to clean and replace than the traditional carburetors. However, that downside is a fair tradeoff for the power, speed, and fuel economy that the fuel injector brings.

Carburetors are, however, still used in smaller machines like motorcycles and lawnmowers due to their low cost.

A simple explanation of how fuel injectors work is that they inject fuel directly into the engine’s cylinder. However, it is a bit more complicated. An injector can be located in several places within an engine. They are also designed to be able to withstand the internal pressure and temperature of the cylinder while still supplying the fuel in a mist.

Fuel metering is the process by which fuel is delivered into the engine. It also takes into account the required amount of fuel needed by the engine.

The amount of fuel required by the engine is typically determined by the amount of air it has been taken in to achieve combustion. This information is collected through a mass airflow sensor and passed to the engine control unit (ECU). The ECU is the part of the engine that collects data from all sensors and interprets it to calculate the amount of fuel needed. Once it has calculated it, the ECU sends this signal to the fuel injector, which opens to deliver the fuel into the cylinder.

While injectors are generally the same functionally, they can operate in different systems. The systems determine the nature of the injectors and vice versa. There are four types of fuel injection systems with slight differences between them:

This is the first and oldest model of fuel injectors to replace carburetors. It was able to do this by introducing an injector nozzle in the throttle body. Most automakers have moved on from it to more complex multipoint systems. It, however, proved to be more precise in its delivery than carburetors and is less expensive than newer systems.

MPFI or port injection, as it is more popularly known, is a system that requires a separate injector nozzle for each cylinder. The nozzle is positioned just outside the intake port of the cylinder, ensuring that the fuel is almost completely drawn in.

The MPFI performs better than the TBI due to its higher precision, which ensures optimal air to fuel ration.

Also known as sequential fuel port injection (SPFI) or timed injection, it is a type of multiport injection. In regular MPFIs, the multiple injectors spray the fuel simultaneously. SPFIs, on the other hand, times each nozzle separately. The nozzles only release fuel when the intake valve near them opens. While this may seem like a small change, it helps reduce emissions and increase the efficiency of the engine.

Direct injection typically entails the delivery of the fuel directly to the combustion chamber. Although it is more common in diesel engines, direct injection can also be found in some gasoline engines. It has the highest efficiency and emission management of all injection methods.

Over time, debris, water, and rust can get into the fuel injector and cause it to fail. The common diagnoses are one of a blocked nozzle, armature, or a stuck needle. Any of these can stop your fuel injectors from working optimally.

Poor quality of fuel is the usual culprit in cases of injector failure. The impurities present in the fuel can cause the injector’s clogging. Rusting in the fuel system can also lead to problems with the fuel injector.

Injectors are impossible to see from the hood of your car. In fact, it typically takes over an hour to get to them when working on the engine. This and the nature of their function (enabling combustion) makes it nearly impossible to watch them while the engine is running. However, there are a couple of ways a faulty injector could present itself. Here are the most common symptoms:

Cleaning injectors often require professional help because of the complexities associated with it.

Although they are typically durable, proper care has to be taken to avoid having to get new fuel injectors from Gold Farb Inc every six months. Here are some precautions that will help maintain the health of your injectors:

Service your car and fuel injectors every six months or 45,000 miles.