The bears broke into a home in Homewood California this week. The mama bear and two cubs were having a great time together in the Lake Tahoe home.

They were playing and generally enjoying themselves but in a home, and the owners, well they wanted them out.

Members of the BEAR league, a local program that strives to keep bears safe among humans, came and helped lead the hairy bear-y’s out of the house and back to safety in the wild. 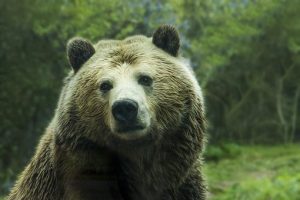 One cub and Mama bear left right away and ran out of the house as soon as BEAR league showed up. But one of the cubs was there for the fun of it, and didn’t want to leave just yet.

The cub scurried across the living room and scaled the steps railing, and it was all caught on tape. “You better get out of here,” a BEAR League member shouted as the cub began to parkour down the side of the stairs.

The cub jumped to the bottom of the steps, leaving sight of the man, and the house. The BEAR league had some things to say about the footage writing, , “This is a good time to remind second homeowners to seriously consider electrifying vulnerable and accessible doors and windows.”

In all seriousness, bears aren’t meant to be in the house. The finished saying, “It’s no fun having bears in houses. They do not tidy up after themselves.”

The bears were safely removed from the house and were not hurt, thanks to the members of the BEAR League. While this was fun to see and no animals or people were hurt, it really could have gone either way.