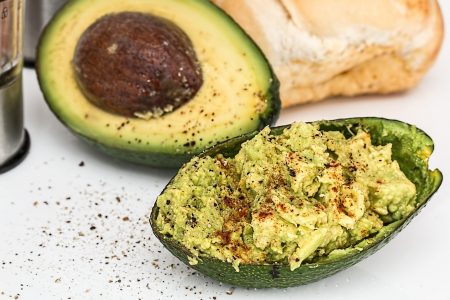 The hearts of avocado-toast aficionados might skip a beat when the green mash is spotted at dinner. But, for one Israeli woman, her love of avocado caused serious heartache. She consumed an entire spoonful of green paste during a wedding reception before realizing her mistake; she chowed down wasabi, not avocado. Really though, who serves wasabi at a wedding? The British Medical Journal published the case study, which supports the argument not getting guacamole will literally break a person’s heart.

The immediate result of eating a whole spoonful of wasabi was what one might expect; chest constriction and pain that eventually radiated down the woman’s arms. Avocado lovers (synonymous with lovers of life, lovers of love, everyday heroes) will salute the 60 year old’s constitution, as the pain and discomfort wasn’t enough to make her leave the party. Instead, she stayed and presumably, partied like she wasn’t just deeply betrayed and attacked by wasabi. Through the course of the night, the pain eventually subsided.

The next day, the depth of the betrayal hit her. She awoke feeling weak, generally uncomfortable, and sought out medical advice. At the hospital, an ultrasound showed what many already know to be true; missing out on avocado can break your heart. A ventricle in the woman’s heart was dysfunctioning.

Doctors diagnosed her with ‘Broken Heart Syndrome’, which occurs after a sudden physical or emotional stress. That stress is usually sudden loss, and because of this woman’s misfortune, it seems avocado does actually count as a beloved. Women are much more likely to develop the condition, specifically post-menopausal women.

The syndrome feels much like a heart attack, and causes the affected ventricle to distend as it pumps blood through the body. Unlike a heart attack there’s no blocked arteries and patients usually make a full recovery. Doctors in Israel treated the woman by slowing down her heart rate, lowering her blood pressure, and giving diuretics to reduce fluid around the heart.

Many things can go wrong with the heart (biologically and emotionally), about 32.4 million people around the world suffer from an interruption of blood flow to the heart every year. About 1% of those people have medically-certifiable broken hearts. Since both physical and emotional stress can cause the ailment, there’s no specific triggers. Spousal death, the death of a pet, or even eating exotic foods are all causes of recorded cases. A man in Malaysia ate 20 sago worms sauteed in a wok, and after three days of itchiness and shortness of breath he was diagnosed with congestive heart failure and Broken Heart Syndrome. 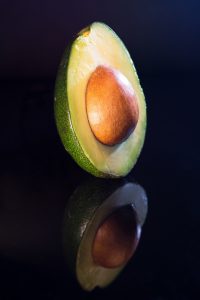 With the worldwide prevalence of sushi these days, wasabi may be considered banal. But consuming an avocado’s worth of wasabi it is certainly exotic. The woman has made a full recovery, but there’s yet to be an update in the British Medical Journal concerning if her relationship with avocado is suffering any lasting consequences.