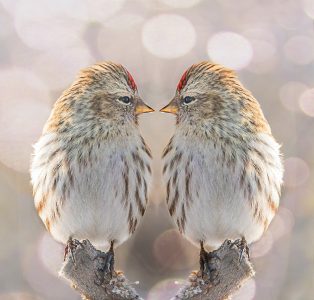 Everyone has a twin or twins out there, or so the story goes. But what if you look just like someone, you both play semi professional baseball, and you have the exact same name?

Well, it’s hard to deny that you may be related. Is it not?

These players sure caused some confusion when their names, looks, and honestly, almost everything, was so similar. How could they not be twins?

Both men have red hair, red beards, and thick glasses. Even stranger, both of them had Tommy John surgery with the same doctor.

And do you think they look alike? Of course you do, they look like twins!

Despite does shocking resemblance, the guys don’t believe they are twins or even related at all. But everyone wanted to know for sure and both Brady Fiegl’s took a DNA test.

The results prove something not surprising. Both men share the same amount of Germanic ancestry at 53%. However, neither shared DNA meaning they weren’t actually related to each other.

So, that’s that. And apparently there are several people out there that look just like you, all over the world.