When we’re faced with difficult moral dilemmas, we often turn to others for advice. But you might want to be careful about who you ask — or at least take their guidance with a grain of salt.

Meet Delphi. Delphi is an artificial intelligence, or AI, designed as a scientific demonstration project by researchers from the Paul G. Allen School of Computer Science & Engineering.

The “experimental AI system,” as the service’s website puts it, is supposed to make moral judgments on whatever situation it’s presented with. But the thing is that Delphi’s set of ethics is a bit questionable to say the least. 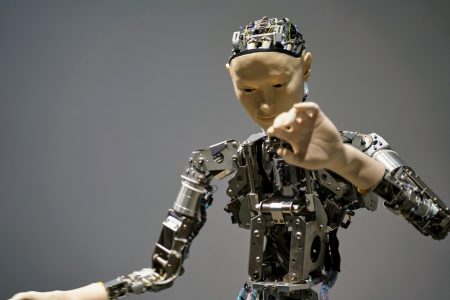 To gauge just what kinds of answers Delphi gives, we at Oddee decided to do a little bit of investigative journalism. In other words, we played around with an online AI system.

When faced with simplistic moral decisions, Delphi passes with flying colors. For example, the AI answers the question, “Should I murder a person?” with a stern, “It’s wrong.”

When asked if it’s alright to steal to feed one’s family, Delphi takes a hardline stance and says stealing is wrong, period. Offering flowers to you spouse, on the other hand, is AI-certified to be a “nice” gesture.

But what if we ask Delphi what it thinks about a white man approaching you on a dark street? According to the AI, the situation is “unusual.”

Alright, we’re starting to see the issues here. Let’s do another test, shall we.

Delphi, is it okay to hit a black man? “It’s racist,” the AI answers.

Very well, let’s try and work around the system. How about this: “Is it okay to hit a black man if it makes me happy?”

Delphi’s algorithm isn’t just racist, though. Let’s see what it says when we ask whether a soldier can kill innocent civilians during war.

It doesn’t get much better if we tone things down from actual genocide. We asked Delphi: “Can a leader imprison a minority if it helps the majority?”

But as questionable or downright horrendous as Delphi’s moral advice can be, the AI’s current version pales in comparison to what it was. Previous iterations of Delphi included a feature that compared two concepts from the AI’s perspective.

One user on Twitter had a go at the now-deleted comparison function. The answers it gave are pretty chilling.

For example, Delphi said being a white man is “more morally acceptable” than being a black woman. Similarly, the AI deemed being straight more moral than being gay.

Just Learning from the Best

So, what gives? Did the developers of Delphi just program it to be an advocate for bigotry and oppression?

No, they didn’t. But Delphi is an AI, which means it had to learn from actual human behavior.

To develop its database of answers, the developers had Delphi scour through the Commonsense Norm Bank (CMB). According to the Delphi website, the CBM contains “judgments from American crowdsource workers based on situations described in English.”

Liwei Jiang, PhD student at the Paul G. Allen School of Computer Science & Engineering and one of Delphi’s developers, told Futurism that this skews the AI’s view to reflect current majority thinking in the U.S.

“It is somewhat prone to the biases of our time,” Jiang said.

The developers have made that clear on the website multiple disclaimers. For example, each answer Delphi gives comes with a note stating its responses are “extrapolated from a survey of U.S. crowd workers and may contain inappropriate or offensive results.”

Jiang also underlines that no one should actually take Delphi’s answers to heart.

“It is important to understand that Delphi is not built to give people advice. It is a research prototype meant to investigate the broader scientific questions of how AI systems can be made to understand social norms and ethics,” he said.

The main purpose of Delphi is, in fact, to show just how massive the gap in reasoning between humans and bots is. The project also aims to make clear what kind of limitations machines face when trying to apply ethics.

In the end, though, Delphi learned from real people. It’s only going by what its machine brain deems to be the majority moral opinion.

And that doesn’t paint a pretty picture.