CBD is without doubt the talk of the town. And by that we mean that the whole world has gone a bit crazy over it. It may seem to some that things escalated pretty quickly and CBD got its fame almost overnight, but in reality CBD is a star that has been many years in the making. 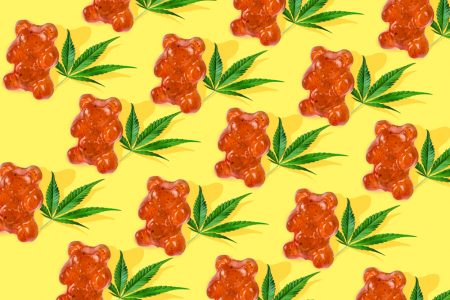 Now that CBD is at its peak – or who knows, maybe the hype is only just beginning, time will tell – it looks like everyone has jumped on the bandwagon. As the stigma around CBD is slowly fading away and more countries are relaxing the laws on cannabis, people of all ages and backgrounds have become interested in trying CBD and see for themselves what it’s all about.

Also, let’s not forget that many celebrities are big CBD endorsers, and that comes to wipe away any skepticism that might still lurk in the consumers’ mind. Morgan Freeman, Kim Kardashian, Whoopi Goldberg, Olivia Wilde and Kirsten Bell are just a few stars who have professed their love for CBD and they’re quite outspoken about it.

With so much buzz surrounding CBD these days, it’s easy to think that it holds no secrets anymore. However, the truth is that we’ve only just begun scratching the surface. There’s a rich and complicated history behind CBD and there’s a bright and promising future ahead of it, and that means the CBD world is full of fascinating facts that not many people know of. So let’s dive in and get a bit more CBD knowledgeable.

From the Field to the Royal Court

Cannabis has been around for quite some time, and although it has been greatly stigmatized throughout history, not everyone shied away from using it. In fact, CBD somehow found its way to the royal court of England. Although there’s no clear proof of it, it is said that Queen Victoria, one of Britain’s greatest monarchs, was very well acquainted with this miraculous ingredient. Apparently she was prescribed CBD rich cannabis by her personal physician to relieve cramps.

It does make sense for Queen Victoria to try it as a pain remedy considering that pain relief is one of the health benefits for which CBD is greatly praised today. Also, Advil and the squad weren’t around at that time, so a girl had to do what a girl had to do. We don’t know if it worked for her majesty or not, but it appears to work quite well for a lot of people now, so let’s all take a bow for CBD and its pain-relieving properties. 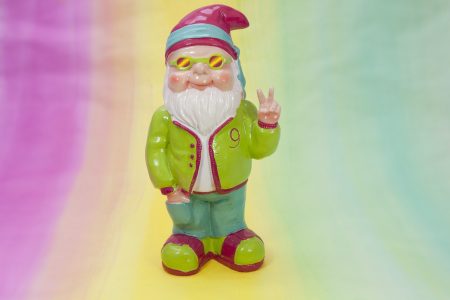 Labeling CBD as Non-Psychoactive is a Mistake

When talking about CBD, the parallel between CBD and THC, the other famous cannabinoid in the gang, always comes up. And the discussion almost always revolves on the biggest difference between the two: THC is the black sheep of the family, known (and loved) for getting people high while CBD is the goodie two-shoes with no psychoactive properties, but with many possible health benefits.

While it’s true that CBD won’t make you feel euphoric, it’s wrong to call it non-psychoactive. That would mean it has no effect on the mind, which is inaccurate as research has shown that CBD does have an influence on the body’s endocannabinoid system, promoting the release of neurotransmitters in the brain. So a better term to describe CBD would be non-intoxicating because you can safely use it without worrying about going on a psychedelic trip.

CBD Comes From a Large Family

Here are some cannabinoid names you’ve probably never heard of: cannabigerol (CBG), cannabichromene (CBC), cannabinol (CBN), cannabidivarin (CBDV) or cannabidiolic acid (CBDA). However, since scientists concentrated most of their efforts on studying the way CBD and THC interact with the body’s system, these other components are mostly under-researched. But who knows what the future holds for them.

CBD-Rich Strains are Obtained through Crossbreeding

Not all cannabis plants are created equal. Each of them has a different chemical makeup, meaning that some contain lower CBD concentrations than others. Luckily, cannabis growers can control CBD levels and other characteristics of the cannabis plants through crossbreeding. Basically they can combine different cannabis strains to obtain plants that have specific strengths, qualities and effects. That’s how they’re able to obtain a CBD flower with unique traits and CBD rich oils.

It’s a game of mixing and matching to create one of a kind cannabis hybrids and CBD rich strains that have become wildly popular on the market. Since there are so many cannabis varieties, the possibilities are virtually endless and consumers have more options to try than ever. So for those who have tried a CBD product and it wasn’t love at first sight (or rather use), the problem might be that you haven’t yet found your match, because it’s really a matter of finding what works best for you. 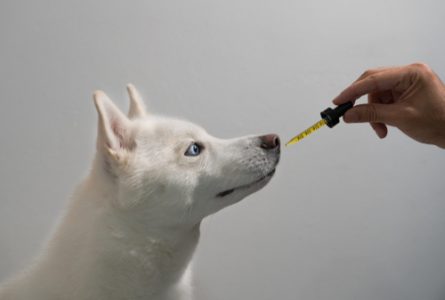 Wouldn’t it be selfish of us to think that we’re the only ones who could enjoy the benefits of CBD? Apparently our beloved companions can join in on the trend as well. All mammals have an endocannabinoid system with which CBD interacts, so dogs, cats and other pets can also benefit from using CBD just like humans do. The answer to the question “how much CBD to give my pet?” depends on several answers, such as those based on their weight, activity level, and health condition.

More and more pet owners use CBD to ensure their pets’ wellbeing and keep them happy and giddy. There are now so many CBD oils and treats on the market that it’s really easy to introduce CBD into your four-legged buddy’s diet. And if you’re taking CBD as well, just make sure you don’t confuse the bottles.