If you have a sports team or event, you need a mascot. Don’t ask us why, but that’s the rule.

The actual practical reason is to have someone or something that can hype up the audience during lulls in the game or event. And what would be better for that than some sort of an anthropomorphic representation of the team or its hometown?

But that’s not always what we get. Occasionally, mascot designers (we assume that’s a job) let their imaginations run wild — with mind-boggling results.

Here are eight active and retired mascots that will either have you going “WTF” or haunt your nightmares. 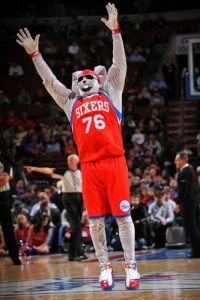 Hip-Hop the Rabbit was the mascot of the NBA team Philadelphia 76ers. He’d entertain the crowd during halftimes and timeouts by doing slam dunks over motorcycles and pulling off other radical stunts.

Unfortunately, Hip-Hop’s appearance was just as radical as his tricks. And by that we mean he looked like a parody of a totally tubular ‘90s cartoon character.

From his sunglasses and bandana to his embarrassingly dated name, Hip-Hop is something that should’ve been left in the past millennium. Maybe that’s why the Sixers’ owners retired him in 2014 with a unanimous decision.

Sammy the Banana Slug is the mascot of UC Santa Cruz coed teams. The only question to ask where is why?

Why would you pick a slow, slimy, bizarrely colored slug as the mascot for sports? Surely there are more active animals out there you could’ve chosen?

Well, that’s kind of Sammy’s point. He began as an unofficial mascot, picked precisely as a protest against the hyperactive and hypercompetitive college sports world.

Students loved him so much that in 1986, Sammy became UCSC’s official mascot. Heartwarming, but nonetheless weird. 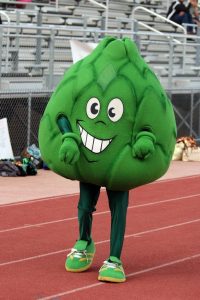 What’s an even less active lifeform than a banana slug? Try an artichoke — the Scottsdale Community College’s mascot Artie the Artichoke.

Artie has quite a similar history to Sammy. He was born during student unrest in the 1970s with the specific purpose of being the most embarrassing sports mascot ever conceived.

But college students love going against the grain and they fully embraced Artie in his rotund, green glory. The staff soon fell in love with the vegetable as well and he’s stuck around ever since. 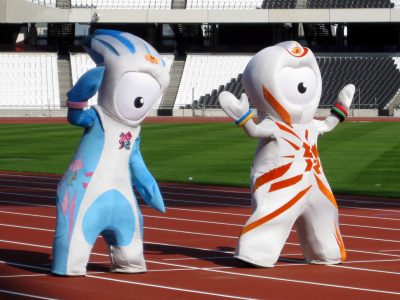 Wenlock and Mandeville were the respective official mascots of the 2012 Summer Olympics and Paralympics in London. And that’s about the only description we can give for these indescribable monocular creatures.

Their backstory states that the duo was formed from the last girder bolted into the Olympic Stadium. And that might as well be because they sure don’t look like anything that could’ve been born naturally. 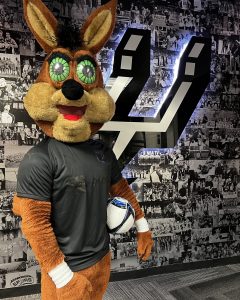 It makes sense NBA team San Antonio Spurs would have a coyote as a mascot. After all, the canine creatures are common in Texas.

But why does it have to look like this? What’s with those eyes?

There are only two possible explanations that we can come up with. Either the Coyote has eaten too much peyote or some cacti it shouldn’t have, or it’s forever haunted after witnessing the awful truth behind the Spurs.

Take your pick, we can’t decide which is more likely. 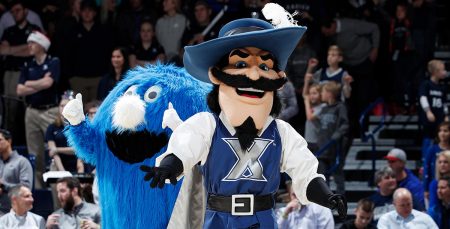 The Blue Blob is a shapeless blue fuzzball that looks like a three-year-old tried to draw the Cookie Monster from memory. But there’s actually a good reason for the thing’s infantile appearance.

The Blob is just one of Xavier University’s two sports mascots. The other is a musketeer called D’Artagnan — like the character from The Three Musketeers.

But the problem with him was that children thought he was scary. So, the school decided to design an inoffensive, safe mascot that would appeal to the little ones.

The Cookie Monster is actually the official inspiration for the Blob. The school basically took the existing character and stripped it of all shape and form. 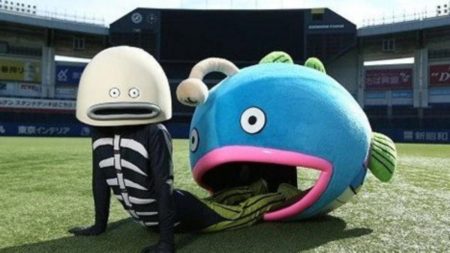 It’s not just American teams that have weird mascots. Japanese baseball team Chiba Lotte Marines shows that Asians can play this game, too.

The Marines’ mascot is Nazo no Sakana, which translates roughly to “Mystery Fish.” It’s a bulbous fish that pukes out the skeletal remains of another fish during its halftime routine.

Look, we can’t really explain it any better. Just watch this video, you’ll see what it’s all about. 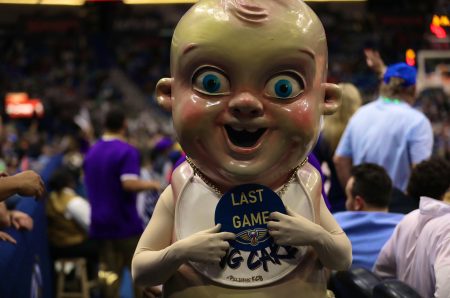 You may have noticed that NBA teams are disproportionately represented on the list of weird sports mascots. But out of them all, the King Cake Baby takes the cake.

The giant baby represents New Orleans Pelicans. We’re really not sure what kind of a statement the team is trying to make with this nightmarish creature.

Is this what passes for cute in New Orleans? Or is the horrific baby some bizarre psychological weapon meant to intimidate the opposing team?

We really don’t know. But we know we’ll be seeing that face in our nightmares.