Most people’s identities are tied to the music they listen to, but this has always been known. Nowadays, music fans don’t give as much attention to what genre they listen to. The point is that rock music versus disco dominated the late ’70s. It seems like every genre had its originality in the past two decades, making these uncommon styles of music go down in history. As proof, some genres of music will never die, including rock, reggae, hip-hop, R&B. These are common music genres that will remain in people’s playlists for a long time from now on, but we’ve put down here 8 genres of music that you might not even hear of.

Luckily, the web has made it possible for you and other people worldwide to connect with music from all times. However, it was even more conceivable for a few uncommon genres to gain reputation. Music is an art that has many genres. Moreover, those who love music also love to criticize genres and review them. Here is a compilation of oddly and obscure music genres that you should know about, as you didn’t even know they exist. 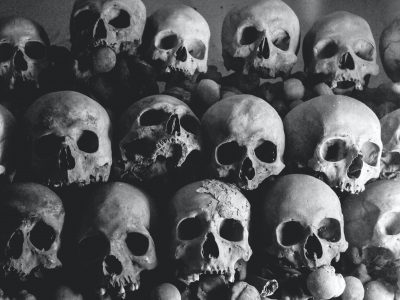 Did you know anything about this type of music? The second word, which is a less dark one, refers to country music. This type of music regularly has lyrics about disappointments in love, beer, and guitars. But horror country led the genre to the next level.

It’s still the same country instrumentation but uses darker subjects, including demons, corpses, and ghosts. Have you ever seen a horror movie with this type of soundtrack, with the whole scene happening on a farm? If it sounds creepy, then it means it perfectly describes this genre of music.

Math rock arose in the ’80s, creating a mix between the progressive and indie rock. Math rock is considered a complex and nonconforming rhythmic genre with unequal starting and stopping. It has an odd counterpoint, with abnormal melodies and harsh chords It’s comparable to post-rock, yet its mathematical complexity symbolizes math rock.

Like the old-style rock, the sounds are dominated by guitars and drums. However, in math rock, drums play a superior role in providing complex beats. Guitarists of this genre often play in bright tones, rather than in other upbeat rock songs. There’s a significant intersection between math rock and emo. An example of bands would be American Football and Tiny Moving Parts.

Pirate metal is a subgenre of heavy metal style, characterized by its integration of pirate tradition inside the music. Songs often contain various jargons and music genres, including speed metal, folk metal, and thrash metal. The original example of the pirate metal band appeared in 1987, and it’s called Running Wild. Other pirate metal bands include Rumahoy and Alestorm. Yes, pirate metal is a real thing, and you’ll want to hear some of these following tracks: Lagerstein, Swashbuckle, and Dread Crew of Oddwood. Looking forward to listen to these bans? Start your music journey and download for free from Melody Loops your most favorite songs.

Medieval folk-rock is a subgenre of medieval folk or medieval rock that initially appeared in the early ’70s in the UK and Germany. The combined elements of rock music with early music grew out of progressive folk from the 60s, and British folk-rock. Regardless of the name, the term “medieval folk rock” was used to categorize musicians who included renaissance, medieval, and baroque music into their work.

Performers of medieval folk rock sometimes used few or no electronic tools. The main success that this subgenre of music reached was in the ’70s, in the UK. However, after a few years, most of the bands were absorbed by the progressive folk and progressive rock. Nonetheless, this genre had a considerable impact on the development of heavy metal. 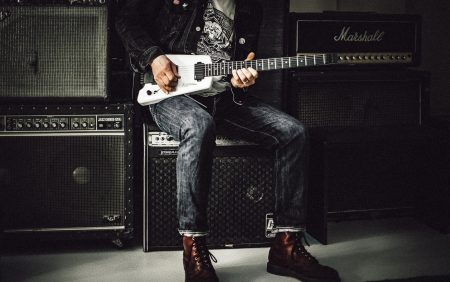 Unblack metal or Christian black metal is a spiritual philosophy whose artists either promote Christianity or are contrary to satanism. Unblack metal artists are against black metal subculture, as these were anti-Christian. It is also believed that Christianity denies black metal’s nebulous concept, and the philosophy and general misanthropic standards of the groups. Usually, the lyrics focus on Christian themes and incorporate screeched singing, inaccurate guitars, alternate picking, drumming, and eccentric song assembly. In 1980, several bands such as Venom, Bathory, and Mercyful Fate expressed their Satanic lyrical themes, enjoying fantastic success. People are wondering what the differences between each metal genre are. There are many options, including:

This music genre first appeared in 2000, characterized by minimal and extreme ambient music called lowercase. Tranquil and relaxing sounds are amplified to high levels. Lowercase includes elements of fields and buzzes, inviting the listener to pay attention to every detail of every tiny instrumental background sound.

This genre takes you to another world – take a second and listen to every noise around you – the silent drone of your computer, breathing, the sound of birds outside. Take everything into your attention, and you’ll see that some noises are imperceptible to the human ear. This genre is not all Ambiental, and it does not have a definition. More precisely, everything that makes sound defines this genre.

Catholic psychedelic folk is also known as freak-folk and acid folk that originated in the 1960s. It has acoustic instrumentation of folk, with melodic elements similar to psychedelic music. Psychedelic folk generally incorporates various non-Western folk music and medieval music. It is also known for an atmospheric sound that draws Asian influences and musical improvisation. Its lyrics contain subjects that describe the world, beauty, and love, trying to induce thoughts associated with the effects of psychoactive drugs.