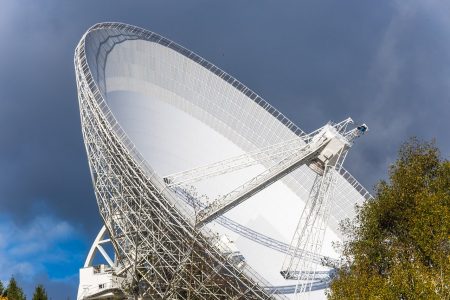 One of the main discoveries that helped paint a clearer picture of the history of the cosmos was completely accidental. Two researchers at the Bell Telephone Laboratories were working on a radio receiver when they noticed a mysterious noise that they were picking up. They wanted to know more about the noise, so they started to analyze it. The two researchers, Robert Wilson and Arno Penzias, soon realized that it was coming uniformly from everywhere in the sky. They ultimately learned that this noise was the ancient light that began saturating the cosmos when it was just 380,000 years old.

The universe is estimated to be 13.7 billion years old, which means that this radiation is extremely ancient. Cosmic microwave background is one of those strange discoveries that we still have a lot to learn from. This discovery is among the favorite topics for students who’re assigned essays on science. If you’ve been assigned a similar topic, you can find different types of science essays online for inspiration. There are numerous websites with free best science essays examples available online.

When it comes to recent unexplained discoveries made in recent years, there are few as intriguing as the fast radio burst (FRB). This discovery represents a transient radio pulse coming from space. These signals are incredibly short and their source is yet to be discovered. Some suggest that they are the result of collapsing black holes, while others believe it’s extraterrestrial beings sending us messages.

The first fast radio burst was discovered in 2007, and since then scientists have found a variety of similar signals. As of now, there has only been one FRB identified to repeat regularly. In February 2020, researchers concluded that the fast radio burst 180916 repeats regularly every 16.35 days.

In 2017, researchers at the Children’s Hospital of Philadelphia revealed that they created an artificial womb. Although this invention is at the top of the list of weird discoveries made in recent years, it could eliminate the number one cause of death in babies – premature birth. What the researchers at this hospital did was create a bag of fluids that somewhat resembles a womb.

For their experiment, they placed premature lambs in the bag for up to four weeks. After they were released, the lambs were healthy and normal. Thanks to their successful experiment, the scientists working on this project hope to soon create an artificial womb for human use. If they succeed, hospitals may stop using incubators, which can cause lung damage and infection.

The first mention of gravitational waves comes from 1916, when Einstein theorized that such distortions could happen as a result of an extremely violent cosmic event. Most scientists didn’t believe these distortions existed, and even Einstein doubted his theory towards the end of his career. That all changed when the LIGO observatory successfully detected gravitational waves in 2015 after a collision between two black holes occurred. There is still a lot that we don’t understand about gravitational waves, but they may help us unlock the mysteries of gravity.

The brain largely remains a mystery to this day, but scientists are making progress in understanding it. One of the key discoveries made in this field recently was made by researchers May-Britt Moser and Edvard Moser. They discovered the existence of grid cells, which are neurons that allow animals and humans to understand their position in space. These grid cells store and merge information about distance, location, and direction.