Camels were imported into Texas to help with the transportation of goods. Crazy to think when we’re used to horses and cattle for that type of thing in that time period. During the real Wild West, camels actually roamed around parts of the United States. And in Texas in the 1850s, there was a good chance you probably saw one. Jefferson Davis believed that camels would help transporting goods westward. Because of this, in 1855 the government imported 75 camels and brought them to Camp Verde in Texas. The initial camels were used in trips to San Antonio but with the onset of the Civil War, the use of camels pretty much came to an end. 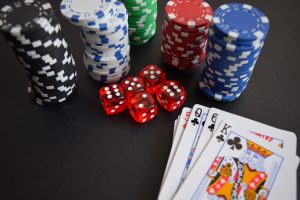 People usually associate poker with this time period but this thing is, poker was too slow paced for such a fast time. Instead, cowboys would play faro, which is distantly similar to poker but a different game. Faro’s history is older than the Wild West  as it was apparently created in the 1700s. It started in France and requires several players and a banker. It was popular as it was easy to pick up and a generally fast-paced game. 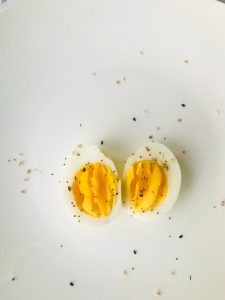 Food was understandably entirely different back then. Much of the food eaten in the Wild West are things that rarely still hear about today. Things like boiled mutton, soused calves’ feet, and calves’ heads were common back. They were typical dinner foods for families in the mid to late-1800s. They did have yummier foods like boiled eggs, omelets, dried fruit and canned beans but it really had to do with what was available at the time.

Of course, most outlaws of the wild west era were men but that doesn’t mean there weren’t women out there making a name for themselves. Laura Bullion was the daughter of a bank robber, so it does seem that she takes after him. Bullion was known to associate with people like Butch Cassidy and the Sundance Kid, helping forge checks, steal goods and more. She retired from robbing in 1901, after being arrested for robbing a train. She spent three years behind bars before seemingly wanting to change. 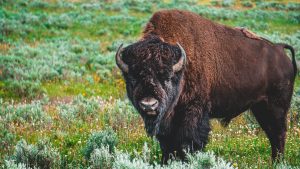 Food was hard to come by back then and bison were the choice of meat in those days and many lost their lives for this reason. In the early 1800s, there were a reported 10-30 million bison in America, and a century later, that figure was down to less than 1,000. It wasn’t just food people were after when it came to the bison though, they wanted to “take them away” from Native Americans as well, as the Anglos knew that Native Americans relied heavily on these animals. Congress eventually outlawed the hunting of bison when there were only hundreds of the animals left. The only herd left was in Yellowstone National Park but thankfully this move grew the numbers of bison population over the years to a much healthier 200,000.

Each culture has their own way of celebrating birthdays but none are quite like the ways of the Wild West. Parties back then were more reserved, without people knocking back drinks and facing the camera. Pictures show family members standing around the table looking content. After all, what’s better than a celebration with a bunch of friends and family? 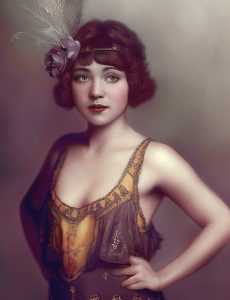 The differences between the east and the west during this era were pretty big and this seems to be one of them. Saloon girls in the east weren’t well known, where in the west they were common place. Many thought that saloon girls were there to be intimate with the patrons but this wasn’t the case. (Well, in the most shabby of saloons this might have been the case.) But for most saloons, saloon girls were there to entertain the men and there to get them to keep spending their money.

What’s your favorite real Wild West fact? Did you like part one or part two better?