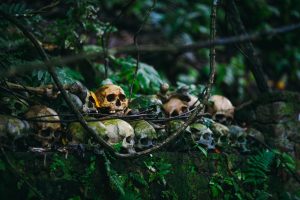 The best-known cannibal is likely serial killer Jeffrey Dahmer, who raped, murdered, and mutilated 17 boys and men between the years of 1978 and 1991. He’s not the only cannibal throughout the past century, however, and worldwide not even the flesh-eating serial killer with the highest body count. Here are seven (7) stories of cannibalism from around the world.

Austin Harrouff. Florida. Just 19 years old, Harrouff was a frat boy who allegedly took the synthetic drug flakka before entering a murderous rage. After stabbing his victims to death in a random attack, Harrouff ate the faces off both his victims. It took a taser, a K9 dog, and four deputies to pull him away from the bodies. There was no clear motive.

Anthony Morley. England. Morley murdered his boyfriend, Damian Oldfield, and then partially dismembered him. He cooked a portion of Oldfield’s leg with herbs in olive oil, ate it, and then dressed in bloody clothes stumbled into a nearby shop to confess to the murder.

Rudy Eugene. Florida. Known as the Miami Cannibal Attack, Eugene attacked a homeless man on the MacArthur Causeway in 2012. Initially, police suspected he took bath salts leading to the attack, but a toxicology report found only marijuana in his system. Stripped naked, he wrestled the man Ronald Poppo to the ground, plucked out his eyes and ate approximately 80% of his face. 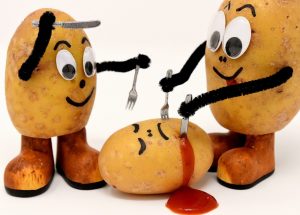 Luka Magnotta. Ontario. Magnotta posted a video of himself attacking Lin Jun online in 2012. Magnotta attacked the restrained Chinese student with an ice pick, and knife before dismembering his body. He cut off portions of the man’s flesh with a knife and fork, and fed it to his dog on camera.

Bradfield Clark. California. In 1984, Clark invited Laura Houghteling over for dinner in an attempt to woo her. When she rejected him, he bludgeoned her to death. Next he cut off her breasts and cooked them on the bbq before eating them. Sometime later, his brother Hadden Clark murdered a 6-year-old girl and then drank her blood.

Albert Fish. New York. At the beginning of the 20th century, Fish was known as the Gray Man, Werewolf of Wisteria, the BoogeyMan, and the Brooklyn Vampire. He boasted about killing over 100 children in all 50 states. He was convicted of 3 murders, including that of the 10-year-old Grace Budd. He admitted to strangling and then eating the girl in a letter to her mother he wrote from prison.

Andrei Chikatilo. Ukraine. The Butcher of Rostov raped, murdered, mutilated over 50 victims from 1978 until his arrest in 1990. Through his confessions he admitted to eating portions of the victims’ bodies, including their tongues, nipples, and lips.