Greek mythology is one of the most popular in Western culture. It inspired many writers, film directors, artists, musicians, architects, etc. Thus, the Greek gods are widely known around the world. Although Greek mythology does not properly represent religion, it is based on a collection of myths and stories of the ancient Greeks, which tells about the origin of the universe as a result of the power of the Olympian gods. Greek gods and their mythology were spread especially orally, although the epic stories of their heroes were also known through prose. 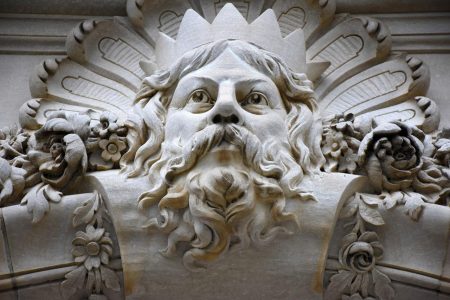 The Ancient Greece culture developed one of the most interesting pantheons of gods in the history of Europe. These deities are associated with the elements and feelings, and it will be even easier to use the Storyboard That platform to visualize god symbols. In this article, we will get acquainted with the most important Greek gods in mythology and learn some of their characteristics.

In addition to the God of lightning, Zeus is also the supreme father of all deities and mortals who inhabit the Earth. He comes from the island of Crete, where at birth he was rescued from the jaws of his father Cronus. If his mother Rhea didn’t intervene on time, Zeus would have been eaten by his father, as well as the rest of his brothers. Rhea hid and educated Zeus until he became a powerful Greek god. Zeus was noted for his chronic infidelity to his wife Hera. Among the results of his weakness was falling in love with a beautiful mortal woman – Elena of Troy. 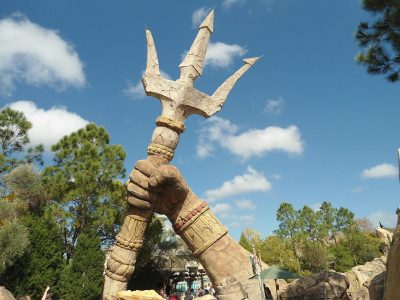 Poseidon is best known as the Greek sea god, but he was also the god of horses and earthquakes. Curiously, he had some really strange children. Although he is a humanoid, he gave birth to the winged horse Pegasus, and the Cyclops Polyphemus, whom Odysseus and his crew dazzled in their journey. Poseidon is also Zeus’ brother, who joins him in defeating their father Cronus.

Hades is another brother of Poseidon and Zeus, whom the whole underworld obeyed. He is also the only one who did not live on Olympus, but was considered the Olympian god. Although people were afraid to even say the name of Hades, in ancient mythology, he is represented as a cold, steadfast, and indifferent god, whose decision must be unquestioningly obeyed. You can only enter its dark realm with demons and shadows of the dead, where the sun’s rays do not penetrate. There is no way back. 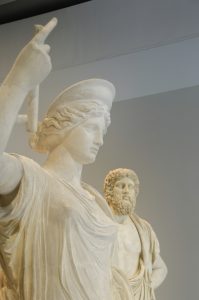 Despite the huge number of relationships with different women, the closest companion of Zeus was his sister and wife Hera. Although Hera was the main female deity on Olympus, in fact, she was only the third wife of Zeus. The union of Hera and Zeus symbolizes all monogamous marriages on earth and the relationship between man and woman in general. Hera is the guardian of the family hearth, the protector of mothers and children. The Greeks begged Hera to send them a good husband, pregnancy, or easy childbirth.

Ares is one of the most brutal gods and a great fan of bloody battles. The mighty warrior preferred bloody massacres and started war for the sake of the war. It is believed that he has absorbed some of his bloody hobbies from his mother – Hera. Ares is extremely treacherous and cunning. He uses his power to kill and bring death. 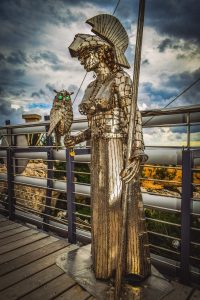 Athena became the main helper of her father – the guardian of law and order and the personification of wisdom. Because militant Athena embodied both feminine and masculine beginnings, she remained a virgin. The goddess patronized warriors and heroes, but only those who wisely used their power. Thus, the goddess balanced the destructive nature of her bloodthirsty brother Ares.

7.    Aphrodite: Goddess of Love and Beauty

The goddess was able to send love to people and gods, which she often used. One of the main attributes of Aphrodite was her beautiful belt, which made any woman beautiful. Due to the changeable nature of Aphrodite, many suffered from her charms. The jealous goddess could severely punish those who rejected her gifts or offended her.