Hollywood has been the spiritual home of the movie industry since it began. It has been the place where countless Oscar-winning movies have been made, and many stars have lived. However, it’s not the only place in the world where movies are made. India has its own powerhouse of a movie industry called Bollywood. Here are seven big differences between Bollywood and Hollywood. 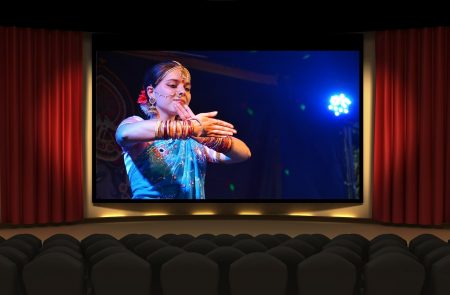 If you sat down and watched a Hollywood movie and a Bollywood movie back-to-back, you’d notice a big difference in the technical side of movie-making. Hollywood is a place where perfection is strived for. Movies have multi-million dollar budgets, and it shows. In Bollywood, things are a little different. The average movie budget tops out at around 500 million rupees (around $7 million). That’s much less than the average Hollywood budget of around $35 million. This huge difference in the budget shows in the final production. Bollywood has to make much more out of much less.

In Hollywood, the subject can vary wildly. As long as a subject has a wide enough appeal, it has a chance of being made. In Bollywood, the films are pretty much all musicals. They feature songs and dancing heavily, in place of dialogue. This makes them more restrictive to viewers and therefore not as popular.

Surprisingly, Bollywood has a larger average viewing audience than Hollywood. Despite the history, global appeal, and technical quality of Hollywood films, more people go to the theatre to watch Bollywood films. However, to understand that statistic, you have to consider the huge population of India. Hollywood is responsible for considerably more revenue than Bollywood each year.

The Hollywood movie business is the most glamorous industry in the world. Stars enjoy worldwide fame, multi-million dollar paychecks, and all the trappings of wealth. In Bollywood, things are similar. Stars do get paid handsomely (most of the film budget goes to the stars), and they aren’t strangers to luxury. However, the customs in India are different from those in America. It might seem like the lifestyles are similar on the surface, but underneath, they’re quite different. Here’s what Bollywood stars do for fun.

One of the main differences is that Hollywood actually exists as a physical place. Hollywood is an area in LA where most of the world’s biggest movie studios are. Bollywood is the name of India’s movie industry. It resides in Mumbai and is spread over a much wider area. The name comes from Hollywood and Bombay (the old name for Mumbai).

Incredibly the output of Bollywood almost doubles that of Hollywood. Putting out an average of 1,000 films every year, the Indian movie industry is an absolute powerhouse. Some critics argue that it focuses on quantity over quality. But the only critics that really matter are the viewers, and plenty of people love Bollywood.