Accidents are typically run-of-the-mill or tragic. They’re not usually described as “interesting.” 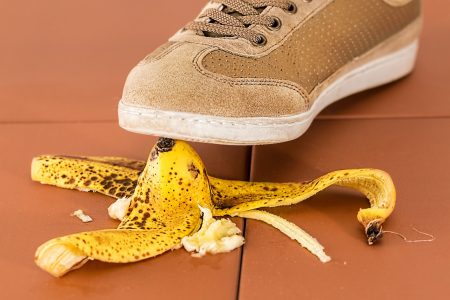 However, there are some instances from history involving accidents so bizarre that it’s impossible not to find them (at the very least) a little amusing. Consider the following examples. They’re just some of the strangest, weirdest, most “unique” accidents ever to befall a person.

(Note: This isn’t meant to downplay the seriousness of an accident, particularly one caused by someone else’s negligence. Remember, if you’re ever involved in an accident that could have been avoided, you may be able to pursue compensation with the help of a personal injury attorney.)

(Seemingly) Defying the Laws of Physics

In 2008, Matthew Lowe was going about his normal day as a welder at a local factory when his clothes got caught in a conveyor. The conveyor pulled him towards machinery used to transport metal items into the factory.

Lowe’s body was considerably bigger than that. Understandably, you might guess this incident killed him. It didn’t. The machine spat Lowe out at the other end, and although his clothes were ripped and he sustained quite a few injuries, he somehow survived.

Surviving a Rod Through the Brain

There’s a reason characters in most zombie movies shoot the flesh-eaters through the head when they want to kill them. It’s generally understood that forcing a bullet (or any object) through a living (or undead) being’s brain will result in guaranteed death.

However, as the story of Phineas Gage illustrates, that may not always be the case.

In 1848, Gage was packing explosives into rock with a tamping iron when he accidentally set off an explosion. Said explosion sent the tamping iron straight through Gage’s head.

He lost consciousness for a few minutes, but awoke fairly quickly. Gage somehow survived, although the accident did leave him facing a range of long-term struggles, such as personality changes.

Unfortunately, the victims of some bizarre accidents don’t always survive. For instance, in 1919, a storage tank filled with more than two million gallons of molasses burst open in Boston. Molasses flooded the streets, traveling at a speed estimated to be approximately 35 miles per hour. Sadly, this strange accident resulted in 21 deaths and left about 150 others injured.

This is also an example of what was likely an avoidable accident. Although there’s no absolute consensus regarding what caused the tank to burst, many believe that poor construction and insufficient testing were to blame.

However, some good may have indirectly resulted from this tragedy. In the aftermath, more than one hundred residents affected by the flood filed a class action lawsuit against the United States Industrial Alcohol Company. It was one of the first lawsuits of its kind in Massachusetts’ history, and is considered by some to have helped pave the way for greater corporate regulation. Eventually, the company was ordered to pay out $628,000 in damages. Adjusted for inflation, that would be a little over $9 million today.

Again, these examples prove that sometimes accidents can be bizarre enough to capture our interest. That said, as interesting as these tales may be, it’s probably best that everyone continue to take steps to prevent accidents from occurring in the first place.