Archeology is a valuable field of science that helps us understand how our ancestors lived and how we got to where we are today. At least, that’s the intended purpose.

Sometimes, though, archeologists dig up something that just brings up more questions. Things like the Stonehenge and Egyptian pyramids continue to fascinate both scientists and the general public.

But unexplained historical findings aren’t just about huge buildings. Here are six mysterious archeological discoveries that you may not have heard of.

The Quimbaya Artifacts are a collection of gold trinkets. Their creators belonged to the Quimbaya civilization, which flourished in what’s now Colombia around 1000 CE.

Some of the objects are pretty mundane ornaments depicting lizards, insects, birds, and other common animals in the region. But others look remarkably like modern airplanes.

The trinkets have everything a plane does, from wings to stabilizing fins in the rear. They’re aerodynamic enough that radio-controlled models created based on the Quimbaya artifacts could actually fly.

Scientists haven’t been able to figure out just what the golden ornaments depict. Some of the more popular theories say they could be extremely stylized insects, pictures of long-forgotten gods — or proof of extraterrestrial encounters. 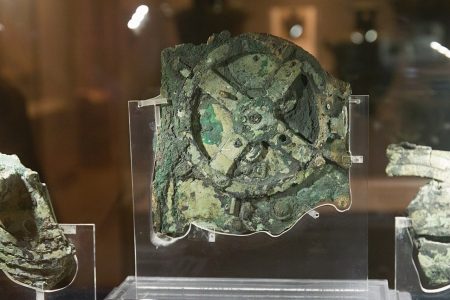 Computers are undoubtedly a modern invention. Ancient peoples didn’t have the complex mechanical and mathematical knowledge to create them, after all.

Well, tell that to whoever built the Antikythera mechanism. Recovered from an ancient shipwreck in 1901, it’s an extremely complex orrery — and the world’s first analog computer.

The Antikythera mechanism was able to predict celestial events, like eclipses, decades before they took place. It also tracked the four-year cycles of the ancient Greek Olympic games.

Scientists estimate the computer was built sometime around the first or second centuries. Although people continued to build clockwork mechanisms, no one (that we know of) created anything this complex until around a thousand years later.

As to who had the intricate knowledge of astronomy and mechanics to build this device, we may never know. 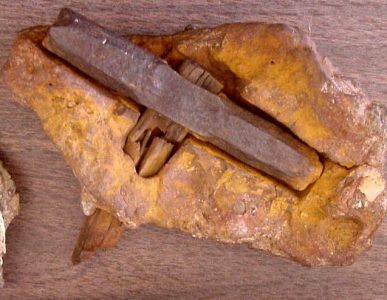 First of all, this hammer didn’t come from London, UK. This discover was made in 1936 in London, Texas.

On its own, there’s nothing too special about the iron hammerhead. What makes it weird is that it was completely encased in stone that’s 400 million years old.

To put that in context, there were no humans back then. In fact, fish had just barely started making their first tentative attempts to get onto dry land.

So how come there’s a clearly manmade hammer buried within that prehistoric rock? That’s a great question — we don’t know.

The most likely explanation is that soluble ancient limestone swallowed a more recent hammer that someone lost. Unfortunately, we can’t prove that, because the London Hammer resides in the Creation Evidence Museum, a creationist institution that doesn’t allow scientific tests on its artifacts.

The Stone Spheres of Costa Rica 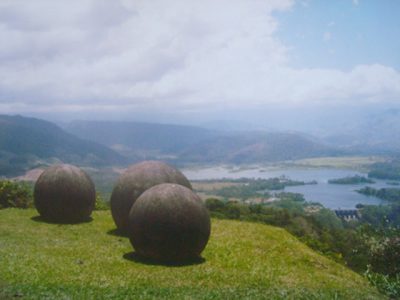 Multiple smooth stone balls cover the land in the Diquis Delta in southern Costa Rica. Some of the spheres are barely bigger than pebbles, while other reach more than six feet in diameter.

We know that members of the Diquis culture probably sculpted the spheres somewhere around 800 CE. We also know that they’re made of the volcanic gabbro rock and the largest weigh 15 tons.

And that’s with. We don’t know why the balls are there or how they were transported. Probably by rolling.

As to the purpose, some have theorized that they had some astronomical purposes. According to the currently prevailing scientific consensus, they directed people to the entrances to the halls of local chiefs.

Nobody knows for sure, though. And since Spanish conquerors wiped out the people who made them long ago, we can’t exactly ask anyone about their purpose either. 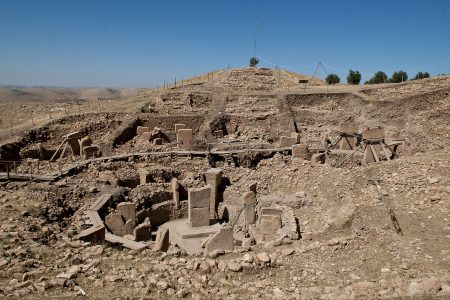 The humans who lived 9,500 years ago were still leading nomadic lives. They hadn’t even figured out how to make pottery yet, so steady settlements and civilization were still far in the future.

Or that’s what we thought until archeologists discovered Göbekli Tepe in 1963. This stone age site is the oldest known permanent settlement in the world.

We mean, it has to be permanent. Göbekli Tepe consists of multiple large, circular buildings with immense stone pillars carved with primitive but intricate depictions of animals and human beings. Not something you could move around.

If the dating of the structures is accurate, that would make Göbekli Tepe some 6,000 years older than even the Stonehenge. In other words, it defies all current knowledge of when humans started building permanent structures and settling down.

Scientists believe Göbekli Tepe may have been some kind of a religious site, perhaps a temple. According to one researcher, it could’ve been a location for a stone age skull cult. 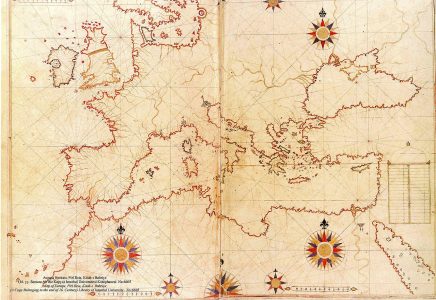 Piri Reis was an Ottoman naval commander, who lived between 1465 and 1553. He drew detailed map during his voyages across the seas.

What’s fascinating about this particular map, drawn in 1513, is that it depicts the Caribbean and the coast of Brazil. The implication here is that Piri Reis may have drawn his map based on one of the lost maps of Columbus.

But even more interestingly, the map shows the coastline of Antarctica. According to our best current knowledge, the southmost continent wasn’t discovered until 300 years after Reis died.

The depiction of the Antarctic coast corresponds roughly with the shape of the land beneath the masses of ice. But how could that be, since Antarctica has been covered in ice for more than 6,000 years?

Researchers believe that his is simply a coincidence and that Reis drew Antarctica based on some wild speculation of a supposed southern continent. But if that’s the case, he made some pretty good guesses.